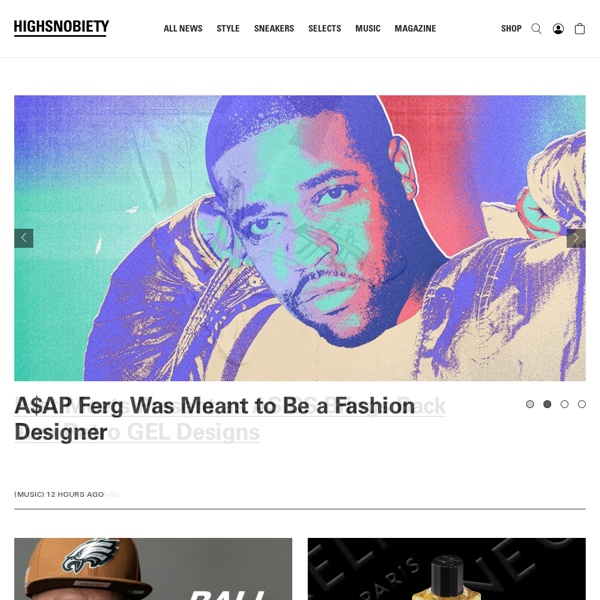 SELECTIF for WORRIORS(never stop running)a Selectif experience @KubaParis #4 –> check out the new issue of KubaParis This was posted 13 hours ago. Fill the Silence Fill the Silence True facts for when you find yourself in the middle of an awkward pause. (2014 Webby Awards Nominee!) About Kenneth Cole Loading... awearness : Home Mountains awearness : SundanceSweepstakes awearness : WDYS awearness : Contact

your fave is problematic lsatdaddy asked: good lord idk if you've seen the trailer for the new season of Girls but it has a line "Sometimes, I think about Japan and I'm like, did I create this country in my mind?" T_T yikes no surprise there, considering Girls is the whitest white feminist piece of shit I’ve ever laid my eyes on. and Lena Dunham also wrote one this orientalist garbage too sonysportswalkman: *town crier voice* hear ye, hear ye!

Humans in Design A classic nudge - a tiny behavioural intervention that leads people to a particular behaviour but doesn’t force it - is the placement of graphs on power bills. Specifically graphs that compare your current rate of use to your neighbours and, sometimes, yourself. But can a tiny graph really work? Yes it can. This little intervention has been proven to lead to a decrease in power use that is at least somewhat sustained over time. The best data on this comes from US energy provider Opower. THE URBAN GENTLEMAN: The Ultimate (Anonymous) Men’s Style Guide Given today’s over-exposed media world, the fact that one of the leading men’s style blogs remains anonymously authored is a considerable feat. But although the blogger behind The Urban Gentleman remains shrouded in mystery, his site has become the go-to destination for guys looking to up their style game. Covering everything from grooming tips to style icons to how-to-tie-a-tie tutorials, this site is single-handedly helping the world to become a more dapper place.

The Flight From Conversation At home, families sit together, texting and reading e-mail. At work executives text during board meetings. We text (and shop and go on Facebook) during classes and when we’re on dates. A Beautiful Mess I love using cloth napkins to dress up our dinner table, and through the years I've grown even more fond of their sustainability and cost effectiveness. Though, I'm not sure how cost effective it is if you keep buying more and more cloth napkins each year! This holiday season I thought it would be fun to look at how I could dress up the napkins I already own to give them an extra festive vibe. Check out three simple ways you can give new life to your table linens. And hey! GABBER ELEGANZA Captagon was the Belgian gabber scene’s drug of choice. No wonder: amphetamines were a minimum requirement to keep up with that sort of rhythm. Then again, the pill was also used to treat children with attention disorders; it was bound to have unexpected side effects sooner or later. A couple of decades past the gabber heyday, DJ Coquelin and MC Cloarec popped a couple of tabs, laid a scattershot but unmistakably demented beat, and started flipping the dial. JE M’EN TAPE was the aural register of such a journey, much more than the sound of an evening spent shaking your head out of its socket. The rush of clarity that the psychostimulant provided them blasted the duo through makina snippets, chopped-n-screwed Zeuhl, German hip-hop sketches, EBM relics, Italian tecnopop, and acid mixes of American pop hits, mapping the outskirts of the European electronic scene that trendy mags usually overlook.

prosthetic knowledge Fashion label set up by Clement Balavoine features collections which were designed with AAA game design tool used to create clothing for virtual characters: Neuro is a reflection on the present and future of the fashion industry. With recent evolution in the technological and digital world, the way we develop things and communicate is tremendously mutating. Neuro project has explored one of the possible directions that the fashion industry could take… Inspired by concept artists working within the video game and film industries, 3D software’s were used to not only change the process of garment construction but also defy traditional production times. One of the most important aspects of this process is that within a very short amount of time you are able to create, visualize and change your design in just a few clicks, without touching any fabric.