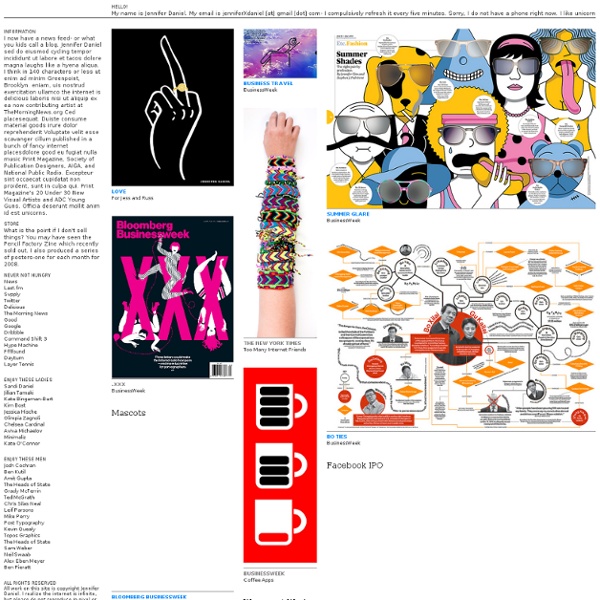 20 Amazing Watercolor Masterpieces This is the first of its kind post on Designzzz. The reason this subject of watercolor paintings is selected because these paintings cannot carry as much detail as other routine oil or digital paintings. That is due to the fact that watercolours are not that sophisticated with gradients and swirls. This aspect makes it the most aspiring brand of art, hence we are sharing a collection 20 watercolor paintings from all over the internet. And as usual, all the image names are properly linked back to the sources, just click them if you would like a large scale image. What do you think about these kind of posts? Eagle Harbor Mask Butterfly Effect Escape from the Sky Where Time Stands Still At First Glance Watercolor Portrait Signs of a Trawlerman Vanya Forest of Wings Qolsharif Mosque Jesus Oak Creek Sentinel I See You Princess Kaguya Brother Color Me! Hotel Rubi

Thinking for a Living™ Brian Despain Alexander McQueen's Final Collection Presented In Paris (PHOTOS, VIDEO) Alexander McQueen's final collection was presented as part of Paris Fashion Week on Tuesday. Robert Polet, chairman and chief executive officer at Gucci Group, told WWD: "It was a very moving experience to take a deep and serious look at his last collection. It showed Lee's unique talent to create pieces of beauty that touch many of your senses, leaving one enriched....Although the sense of loss afterwards, I found overwhelming." The collection, inspired by the Old Masters of painting, was rich and filled with color and texture. Photos from Tom & Lorenzo via Catwalking. For more Fashion Week news, visit the Fashion Week Big News page.

On The Ground Looking Up kakofonia Fashion ateliers: dream weavers Designers may take the plaudits, but their couture wouldn't be haute without the skills of seamstresses, embroiderers and feather virtuosi. Georgia Dehn meets the unsung heroes of the ateliers. BY Georgia Dehn. Emily Barrell, the only Englishwoman to work at Lesage Photo: Noemie Goudal Sandrine Laudren works on chiffon flowers and fur trims at Lemarié Photo: Noemie Goudal Six seamstresses wearing white lab coats are hunched over a wooden frame at the House of Lesage, the oldest embroidery atelier in Paris, feverishly stitching hundreds of tiny cut-glass beads, faceted silver sequins and pearls on to a stretch of snow-white sheepskin. The level of skill that the women possess is rare and refined. It is their elaborate handiwork that transforms a design into a showpiece: a 'work of art', as François Lesage, the 80-year-old master and last remaining heir of the 150-year-old establishment, puts it. Lagerfeld designs nine collections for Chanel each year. of fashion as we know it today.'