The Flipped Classroom: Turning the Traditional Classroom on its Head 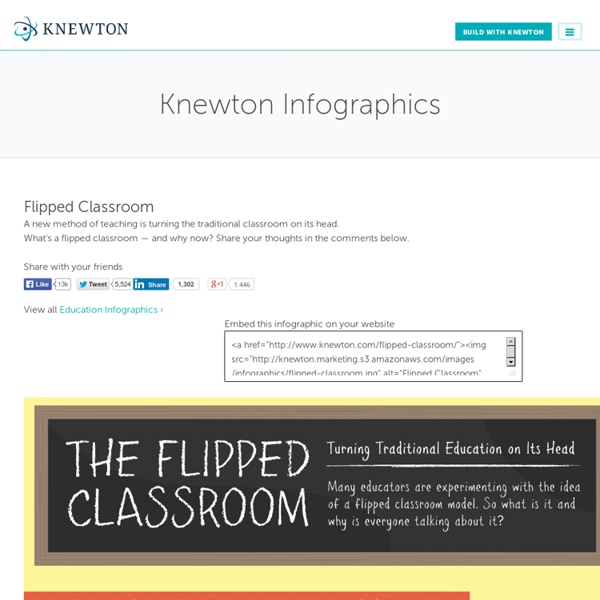 The “Flipped” Classroom and Transforming Education Recently, I wrote a post regarding some ideas that I did not believe that would transform school culture. Although most agreed on two of the ideas that I shared, there was a large contingent of educators that argued regarding the “flip” and are very passionate about what it can do for the classroom (one even referred to me as a “nut” for even suggesting this!). Also, Forbes magazine talked about the Khan Academy and the “flipped classroom” being one of the most important stories of 2012. MOOC – A solution to Higher Education and Future Learning Is MOOC the solution to future learning, especially online education and learning in Higher Education? Our past experience with MOOC has interesting results. There are huge potential in its use, though there are still lots of challenges as I would like to share “our views” and experiences below: There has been a few rounds of MOOC conversation and lots of unanswered questions, relating especially to Stephen’s response to David Wiley’s response on knowledge transfer. I think this depends on what sort of knowledge that we are referring to. Is learning related to the transfer, transmission or replication of information or knowledge in MOOC?

Flip teaching Flip teaching or a flipped classroom is a form of blended learning in which students learn new content online by watching video lectures, usually at home, and what used to be homework (assigned problems) is now done in class with teachers offering more personalized guidance and interaction with students, instead of lecturing. This is also known as backwards classroom, flipped classroom, reverse teaching, and the Thayer Method."[1][2][3] Traditional vs flipped teaching[edit] The traditional pattern of teaching has been to assign students to read textbooks and work on problem sets outside school, while listening to lectures and taking tests in class. Cognitive Theory Jean Piaget (1896 - 1980) was employed at the Binet Institute in the 1920s, where his job was to develop French versions of questions on English intelligence tests. He became intrigued with the reasons children gave for their wrong answers on the questions that required logical thinking. He believed that these incorrect answers revealed important differences between the thinking of adults and children. Piaget (1936) was the first psychologist to make a systematic study of cognitive development. His contributions include a theory of cognitive child development, detailed observational studies of cognition in children, and a series of simple but ingenious tests to reveal different cognitive abilities.

P2PU How we test ideas about learning. Current projects Use the drop down list above to see all current projects. Here are a few examples: How We Took Flipped PD From Concept to Reality Almost everyone has heard of the concept of flipped learning by now. The related concept of flipped PD has also been gaining traction in many PLN circles lately, but often without many supporting details. The intention of this article is to begin the process of adding those details, and to introduce a new iTunes U course designed to explain the concept of Flipped PD. Today’s schools are adapting at a rate never before experienced, and as a result, the need for professional development has never been greater. Our school is no exception. We have made the important transition to teaching 1:1 with iPads and have realized an unprecedented need for professional development.

Massive Open Online Courses, aka MOOCs, Transform Higher Education and Science When campus president Wallace Loh walked into Juan Uriagereka's office last August, he got right to the point. “We need courses for this thing — yesterday!” Uriagereka, associate provost for faculty affairs at the University of Maryland in College Park, knew exactly what his boss meant. Campus administrators around the world had been buzzing for months about massive open online courses, or MOOCs: Internet-based teaching programs designed to handle thousands of students simultaneously, in part using the tactics of social-networking websites. To supplement video lectures, much of the learning comes from online comments, questions and discussions.

Vygotsky The work of Lev Vygotsky (1934) has become the foundation of much research and theory in cognitive development over the past several decades, particularly of what has become known as Social Development Theory. Vygotsky's theories stress the fundamental role of social interaction in the development of cognition Vygotsky, 1978), as he believed strongly that community plays a central role in the process of "making meaning." Unlike Piaget's notion that children's' development must necessarily precede their learning, Vygotsky argued, "learning is a necessary and universal aspect of the process of developing culturally organized, specifically human psychological function" (1978, p. 90). In other words, social learning tends to precede (i.e. come before) development.