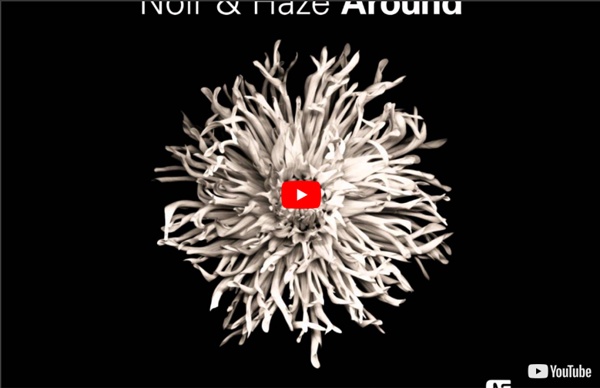 Fun with Fractals Not the Mandelbrot Set Okay, there's only so many times you can look at a Mandelbrot Set without getting bored. After a while, you think, is that all there is? Seen that, done that. So I figured that I'd try to come up with a few variations and alternatives. Here's a good one: Amber Rose's photo "Photo 6 :-)" on WhoSay The Sweet Gyrls New Movie "School Dance" Written & Directed by @NickCannon :-) 1y Vintage Frames Company & Amber Rose Present: The Trouser Snake Project Part 1 Follow >>>> @VINTAGEFRAMES 2y OMG Looking up my Ancestors is Amazing! I found out that my 10th Great Grandfather is James III, King of Scotland Stewart & My 10th Great Grandmother is Margaret of Denmark, Queen Consort of Scotland Oldenburg #Royalty :-)

RA: Voitax #4 at Arena Club, Berlin Line-up / Mondkopf (In Paradisum I Leyla Records)Uncto (Furanum Records)ABSL (South London Analogue Material I T/W/B I Blocaus) SENKA (Labrynth) Ezuri (Voitax) Visuals by the29nov films. With the 4th round of the VOITAX series we’re happy to announce another strong lineup at Arena Club. Voitax invites you to join us for another round of madness in which two components of the self bring blind acceptance of the undefinable. Sound and illustration in its unpredictability.

Chocolate Tree Books: Book List Relativity theory is usually considered to consist of two main parts: a restricted theory that assumes flat spacetime ("special relativity"), and a more ambitious model (Einstein's "general theory of relativity") that allows curved spacetime. The general theory is assumed to reduce to the "special" theory over small regions of spacetime. However, towards the end of his life, Einstein seemed to have lost confidence in this two-stage approach, and appeared to be presenting the adoption of special relativity as a historical fluke, and suggesting that he no longer believed that it was valid to model physics in the absence of curvature "" (Scientific American, April 1950). Adopting a ground-up approach, the book makes heavy use of illustrations to explain some basic principles of relativity theory, and also has chapters on black holes, wormholes, cosmology and warp drive theory.

Techniques Here at SketchUpArtists we have always been fascinated in experimentation with SketchUp alone or in combination with other different applications in developing unique and visually attractive styles of presentation. We have witnessed some great styles and techniques that have evolved over time and here we are presenting some off site and on site links to them. The Painted Look by Alex Hogrefe With this technique Alex does things manually giving him better control with where and how he creates his brush strokes. This is a superb painterly effect that will really impress and add a new dimension to your images.

Lightmapping nightmare I'm guessing that you're used to working in gamma space lighting (aka this-math-makes-no-sense lighting) vs linear and here you're using linear. Please try a point light over a plane in both modes. In gamma space it's quite wrong and it falls off waaaay to quickly. Tiling by Squares A square or rectangle is said to be 'squared' into n squares if it is tiled into n squares of sizes s1,s2,s3,..sn. A rectangle can be squared if its sides are commensurable (in rational proportion, both being integral mutiples of the same quantity) The sizes of the squares si are shown as integers and the number of squares n is called the order. Squared squares and squared rectangles are called simple if they do not contain a smaller squared square or rectangle, and compound if they do. Squared squares and squared rectangles are called perfect if the squares in the tiling are all of different sizes and imperfect if they are not.

Building Unreal Paris I first discovered the 3D world through the Hammer map editor that I used mostly for fun. I then joined a 3D school focused on architectural visualization for two years. I continued to train myself on realtime technologies and got hired by the studio Arkane as Level-Architect to work on Dishonored (powered by the Unreal Engine 3). A year later, I left the gaming industry to come back to architectural creations, and level design got back to its place: my hobby. Importing Static Meshes There are many tools within UE4 that can help you create assets for your levels. However, there may come a time where you have to create an asset in an exterior application and import it into UE4. In this How-to, we will go over the basics on how to import a Static Mesh that was made in another 3D application into UE4 so that it may be used in your levels. Set Up

Submitted HammUEr, a Hammer/Worldcraft map importer for Unreal Engine What is it?HammUEr is a (currently Windows only) plugin that lets you build your levels with Valve's Hammer Source map editor (VMF), Doom3's DoomEdit (MAP/PROC) or a Quake-based map editor like Radiant, Jackhammer or Trenchbroom (MAP). With just a few simple clicks, you can have them imported into your Unreal Engine project as a collection of meshes placed in your scene the way you want, where you want. Want to change something? Make your edits in your favourite tool, then save, re-import, and you're done.During the importing process you can assign materials already in your project to the original material names, or if you have the source images - (TGA/BMP/PNG/JPG)/VTF&VMT/MTR(D3)/SHADER(Q3)/WAD(Quake1 & Halflife)/WAL(Quake 2) - you can import them into UE as material instances based on a template material of your choice, and let HammUEr automatically find and assign the right ones. Don't want certain materials to show?