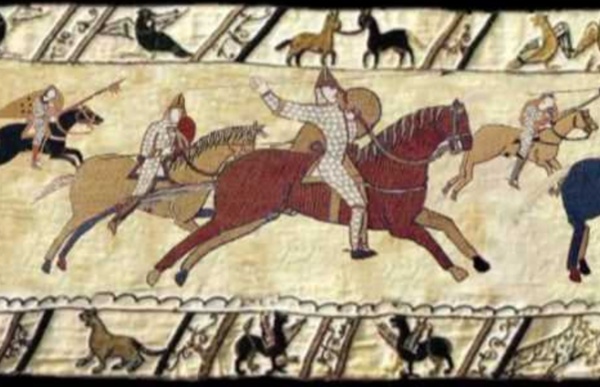 Futhark In popular culture, Runes have always been seen as possessing of mystical properties. Once in a while a fantasy computer game comes by with puzzles written in runes, and many modern Wiccan sects use Runes ceremonially and ritualistically. As runes dated from before the time Northern Europe became Christianized, it became associated with the "pagan" or non-Christian past, and hence a mystique is cast upon it. Even the supposed etymology of the word rune, the German word raunen which means "to whisper", helped in adding a secretive bend to Runes. The Runic alphabet is also known as Futhark, a name composed from the first six letters of the alphabet, namely f, u, th, a, r, and k. In this way, "Futhark" is analogous to the word "alphabet", which is from alpha and beta, the first two letters of the Greek alphabet.

Anglo-Saxon Twilight What is Anglo-Saxon Twilight about? Welcome to the Twilight world where gods walk the Earth rather than laze around in Heaven, everything is in a continual process of creativity caused by a numinous potency symbolised by leeks, and The Mothers are the ones you really needed to keep in with… For nearly twenty-five years I have been seeking 'Anglo-Saxon paganism' from the fifth to ninth centuries when so much in Britian was changing. Not Anglo-Scandinavian 'heathenry' based around Woden and Thor projected back two or more centuries. Nor some fanciful version of Iron Age druidry projected forward by four hundred or more years.