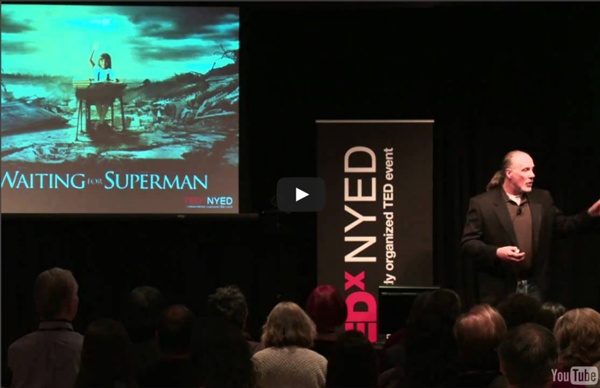 What is Genius Hour? What is Genius Hour? Genius hour is a movement that allows students to explore their own passions and encourages creativity in the classroom. It provides students a choice in what they learn during a set period of time during school. It’s not easy to determine where the idea was originally created, but there are at least two events that have impacted genius hour. Upgrade your KWL Chart to the 21st Century One of the take aways from the Curriculum Mapping Institute this past week was that it brought an upgrade to THE trusted KWL (Know, What to Know and Learned) Chart to the forefront. It seems a no brainer…one of those things… “I should have thought about it”… So what is this upgrade all about? An “H” snuck into the Acronym! What does this “H” stand for”?Why is this an upgrade for the 21st century? I started out by searching Google, which immediately wanted to correct my search term and showed me the traditional “KWL chart” results.

Teaching and Learning: Using iPads in the Classroom Updated 01/2014 If I had thirty iPads in my class, what would I do with them? How would I use them to help my students learn better and help me teach better? Perhaps a better question is what would I do with them that I could not do with other tools that are available and cheaper? Certainly iPads are cheaper than computers, desktop or laptop, and they are more mobile. Speaking of computers, they were supposed to be the transformation of teaching and learning as we know it. FRONTLINE: digital nation: watch the full program I wanted to wait a bit because it seemed like it'd be more interesting to listen to all of you. There used to be a name for what I was doing, "lurking" -- it dates back to a very different time in the net's history, when usenet and mailing lists were the main forms of communication. It was hard to talk about lurkers then, for the obvious reason that no one knew much about them; it hasn't gotten much easier since. The idea of lurkers has all but vanished now, buried by a succession of ways to try and slice and dice them: "eyeballs," pageviews, users, subscribers, friends, followers, etc, etc.

The Genius Hour: How 60 minutes a week can electrify your job Lots of people believe that a single individual can’t make a difference in an organization. Lots of people, it turns out, are wrong. Take the case of Jen Shefner. Genius Hour Manifesto Denise Krebs, Gallit Zvi, Hugh McDonald and Joy Kirr came together to discuss “Genius Hour”. Each of these teachers has been running Genius Hour in his/her classroom and writing about their experiences online. This is the “Genius Hour Manifesto”: A guide to anyone who wants to know WHAT Genius Hour is, WHERE the idea came from, HOW to facilitate it in the classroom, WHY it is a next-practice in education, and HOW to get involved. Enjoy!

3 Key Qualities for a School Makerspace Over the past year I had the privilege of leading a team to create makerspaces in 15 high schools around the Bay Area. Our goal was to learn how to help educators create makerspaces in schools and use making in the classroom. DARPA, which funded our program, eventually wanted to take what we learned and create makerspaces in 1,000 schools. While our DARPA funding ended in December, we believed so strongly in the benefits of these spaces that we continued to support our pilot schools until the end of the year. Creating Makerspaces in Schools Two weekends ago, I attended EdCamp NYC at The School at Columbia, an independent school on Manhattan's Upper West Side. One of the things I love about attending edcamps is that the day is always unpredictable because you don't know what will be discussed or who will be leading conversations until that morning. What ensued was an inspiring day focused on tinkering, exploration and innovation. A Day of Play and Exploration The day began with a discussion led by Don Buckley, The School's Director of Technology and Innovation, focused on design thinking in schools. Buckley used projects completed at The School to illustrate the various stages of design thinking, which include defining a problem, researching and creating a solution and a prototype, and implementing the solution.

School achievement isn't just in your genes - opinion - 18 October 2013 Read full article Continue reading page |1|2 Anyone who asserts that educational attainment is in large part inherited needs a lesson in modern genetics, says a professor of biology Is intelligence genetically determined? You might think so, if you saw the headline-grabbing report from UK education advisor Dominic Cummings.

Turn Genius Hour Into Genius Year Genius Hour is exciting. Instead of giving students assignments with predetermined topics and step-by-step instructions, teachers set aside a designated amount of time during the week for students to engage in self-directed projects that allow them to pursue their own questions, interests, and passions. But is it really about genius? Car Design - NMC ACADEMY Instructor: jessica bendy Think like a designer: Car design Automotive design focuses on the visual look or design of the car from product concept to refinement. Give your students 20% time to do whatever they want "Seriously? You're going to let us do whatever we want for 20% of our time in English class?" "I'm skeptical." "That's awesome." Taking Google's lead, and inspired by Dan Pink's book, Drive, I decided to take the plunge and give my students the kind of radical autonomy they both suggest, and I gave my students 20% of their time in my English class to pursue a project of their choosing. Rules and expectations