These are the best apps you've probably never heard of. The Open Graph protocol. Study: AI Programs Like Siri Discriminate Against African American Dialects. Identifying an author's prose can be as simple as counting how much they use the word "the." Cloudflare CEO Matthew Prince is right: We can't count on him to police online speech. Getty Images for TechCrunch. 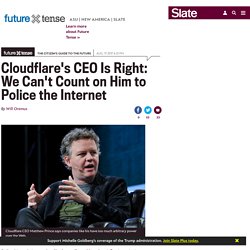 Lifehacker. Costoffreedom edition 1.1. This Game Tests Your Ability to Spot Fake News. Mitmproxy - home. Who Knows What About Me? A Survey of Behind the Scenes Personal Data Sharing to Third Parties by Mobile Apps - Technology Science. Join the Day of Action for Net Neutrality on July 12th. Brain Architecture: Scientists Discover 11 Dimensional Structures That Could Help Us Understand How the Brain Works. Scientists studying the brain have discovered that the organ operates on up to 11 different dimensions, creating multiverse-like structures that are “a world we had never imagined.” 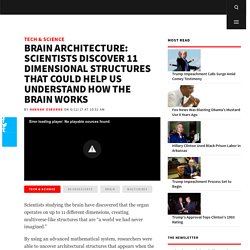 By using an advanced mathematical system, researchers were able to uncover architectural structures that appears when the brain has to process information, before they disintegrate into nothing. Their findings, published in the journal Frontiers in Computational Neuroscience, reveals the hugely complicated processes involved in the creation of neural structures, potentially helping explain why the brain is so difficult to understand and tying together its structure with its function. Subscribe to Newsweek from $1 per week Related: Scientists discover what falling in love looks like by studying the brains of prairie voles. Digitaltrends. Mashable. Hello. 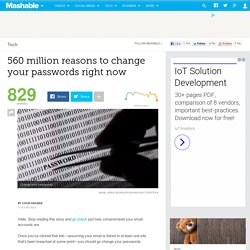 Stop reading this story and go check just how compromised your email accounts are. Once you've clicked that link—assuming your email is linked to at least one site that's been breached at some point—you should go change your passwords. Creativebloq. In many ways, working in web design in 2017 has never been more challenging. 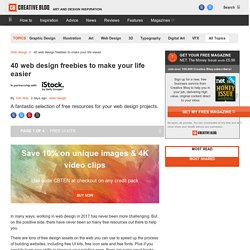 But on the positive side, there have never been so many free resources out there to help you. The Senate Just Voted to Let Internet Providers Sell Your Web History. MP3-GIF: Hide Music Inside a Picture. Tiny Cards, Duolingo's Learning Flashcards, Come to the Web. Features – Droplr.

Webhosts. Podcasting. Here's how you can still get a free Windows 10 upgrade. Everyone knows the free upgrade offer for Windows 10 ended on July 29, 2016, right? 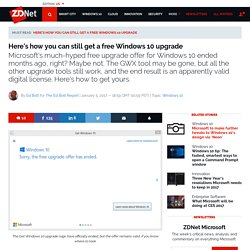 That's when Microsoft officially ended the Get Windows 10 program and, to the relief of many, stopped forcing the GWX tool onto the PCs of unsuspecting users who were perfectly happy with their current version of Windows and had no desire to upgrade. Washington Post automatically inserts Trump fact-checks into Twitter. In an apparent first for any American news outlet, the Washington Post released a Chrome plug-in on Friday designed to fact-check posts from a single Twitter account. 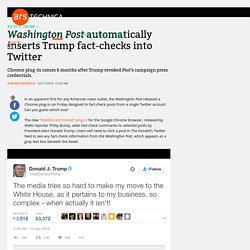 Can you guess which one? The new "RealDonaldContext" plug-in for the Google Chrome browser, released by WaPo reporter Philip Bump, adds fact-check summaries to selected posts by President-elect Donald Trump. Users will need to click a post in The Donald's Twitter feed to see any fact-check information from the Washington Post, which appears as a gray text box beneath the tweet. With the extension installed, Trump's Twitter account now includes dozens of fact-check notes on any post with a statement that WaPo's editors deem inaccurate or misleading. In these cases, the added gray box includes a simple headline, a few explanatory sentences, and a link to a longer WaPo article that offers fuller context. Businessinsider. A room full of some of the top tech leaders in our country: Apple, Facebook, Cisco, Intel, Microsoft, IBM, Oracle, Amazon, Tesla and so forth. 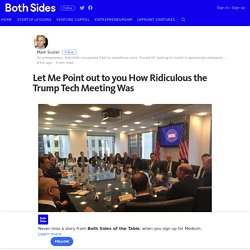 It’s a breath of fresh air to see that Marc Benioff, who has become a beacon for protecting the rights of our most vulnerable citizens, is not in attendance. But I actually fall on the side of the issue that it’s good that our tech leaders are meeting with Trump for 2 reason: Whether I like it or not (I most certainly do not like it), Donald Trump will be President of the United States and anything we can do to influence his behavior away from what was displayed on the campaign trail and towards less harmful policies the better. But. 60 Essential Keyboard Shortcuts Every Office Worker Should Know. How the Trello Team Uses Trello to Collaborate, Plan, and Communicate. How I grew from 300 to 5k followers in just 3 weeks. Round 2: Maximize engagement per tweet. 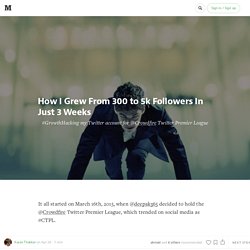 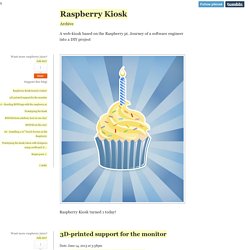 Ask me! Support this blog! 1 note. Design a Website Without Code. Getting Started. 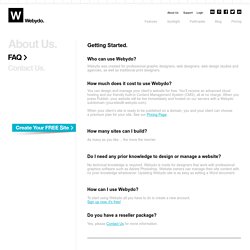 Who can use Webydo? Webydo was created for professional graphic designers, web designers, web design studios and agencies, as well as traditional print designers. 20 Responsive Web Design Tools For Designers & Developers. If we observe the stats and analytics report, it can be said that the adoption of mobile devices is skyrocketing along with the increasing diversity of smart devices including Smartphones, iPad, tablets, etc. This multi-device market is bolstering the mindshare for responsive web designs. The responsive approach offers amazing benefits in the long run and helps create a successful online presence while saving time, efforts and money. If you are interested in creating a responsive website, here is a list of 20 best designing tools that can facilitate you to accomplish your task with utmost proficiency and ease. 1.

Multi Device Layout Patterns. Beyond college rankings: A value-added approach to assessing two- and four-year schools. How value-added is calculated For each college with the required data, value-added equals the difference between actual economic outcomes and predicted outcomes, for the average alumni. It is determined by measured and unmeasured aspects of college quality (see below). Value-added scores range from 1 to 100, with 100 indicating the highest centile, or top 1 percent of 2- or 4-year colleges. Close The three economic outcomes considered.

Fascinating Science Databases to Get Lost in for Days. Databases are rad. Watch now: 7 habits of successful innovators. Innovation is a team sport. Amy Jo Kim, co-founder of Shufflebrain, thinks that for companies to be successful, they need to work closely with their dedicated customers. She thinks successful innovators have seven habits and she shares them in her talk. The first is that innovators should think like scientists. Small innovations start like experiments designed to answer the most important questions of the customers. The most striking pattern shared by every successful innovation is the willingness to ask the hard, important questions upfront. Herman Melville’s “Bartleby, the Scrivener”: An interactive, annotated text. Mobile Site Preview. This Week's Top Downloads. Prime Factorization Calculator. Notes in the Cloud. How to choose the right iOS app for your note taking needs. There are many different ways you can capture a thought or idea when using your iPhone or iPad.

The iPhone Homescreens of 7 Highly Productive People. Interactive book apps – 10 of the best. In the early days of Apple’s iPad, there was a gallon of hype around the potential for interactive book apps. When many of the early, expensive-to-develop examples flopped on the App Store, the hype ebbed away. Coding In The Cloud Era Demands A Structural Rethink To Bake In Security And Privacy. Protecting privacy in an age of big data, cloud processing and increasingly interconnected digital services demands a structural shift in how software is developed.