I waste so much time 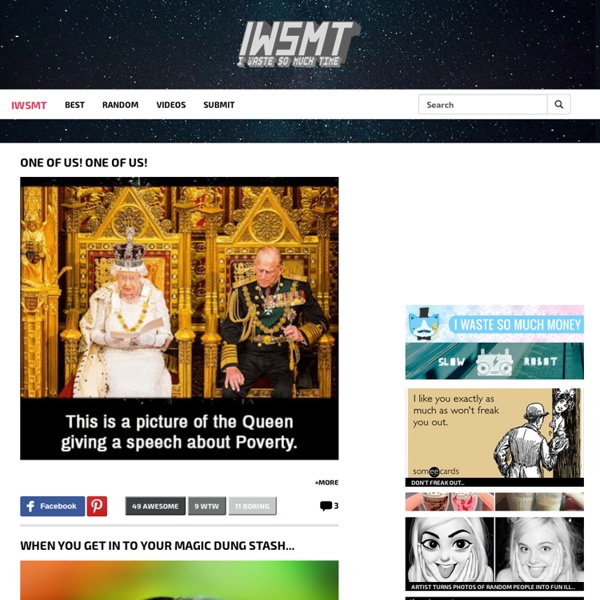 Verbal Vomit: How to be a Hipster, Chapter 1 Hipster is a slang term that first appeared in the 1940s, and was revived in the 1990's and 2000's to describe types of young, recently settled urban middle class adults and older teenagers with interests in non-mainstream fashion and culture, particularly indie-rock, independent film, magazines such as Vice and Clash, and websites like Pitchfork Media.[1] In some contexts, hipsters are also referred to as scenesters. Do you want to be a Hipster? Do you wish you could join those sparkling beautiful people that you see pedaling past your house? Well, throw your TV's away, buy yourself a sturdy canvas bag, talk about joining the Peace Corp and read this short guide on becoming what you've always dreamed of: A Hipster. There's an art to finding acceptable Hipster clothing.

Mystery World Renowned Psychic – Edgar Cayce believed the Atlanteans created three Ancient Halls of Records believed to be located in Egypt; the Bahamas; and the […] Read more Indiana Jones meets The X-Files in this intriguing 3rd and final installment in the award winning series that tackles the age-old question “Where did we […] Read more This talk was presented at the TEDx Whitechapel event in London on 12 January 2013 and TED organisation has removed it from their YouTube channel […] Read more

10 More Enigmas That Defy Explanation Mysteries What is it about the bizarre and mysterious that piques our curiosity? It entertains our sense of wonder and excites our imagination, for sure. Luckily for us, history is marked with strange, logic-defying occurrences to amuse us. Here is a list comprised of 10 more unexplainable and interesting phenomenon and incidents that we crave so much. This list is made up of a mixture of two submissions to the Christmas competition which shared some items, so it seemed a good idea to combine the two to give us ten things never before shown on the site. Found in Mom's Basement 1940s ad for A-penn products: 1948 ad for Revlon cosmetics: 1950s ad for Revlon cosmetics: Top 10 Websites To Watch Movies Online For Free We all love the idea of watching movies with just your Internet connection and a computer and no strings attached. Although some of you may think that this is not legal, i would say "why not try something ill-legal today". There are lots of websites which provide to watch movies online, no need to sign-up and in few clicks you are into the movie arena. Most of these sites don’t host the files due to legal disputes but they contain links to the sources, where we can get our hands dirty. We have Updated the List as per the current ratings, which are turning differently. There are some new websites included, this is the new list for year 2015.

25 Killer Websites that Make You Cleverer It’s easy to forget that we have access to a virtually limitless resource of information, i.e. the Internet. For a lot of us, this is even true at our fingertips, thanks to the ubiquity of smartphones and an ever-increasing push for online greatness by tech engineers all over the world. As a result, there are countless websites out there that are geared to make you smarter and more brilliant for either a low or no cost. Here are just 25 killer websites that may just make you more clever than ever before. 1. The 100 Best, Most Interesting Blogs and Websites of 2012 (Categorized) Editor’s note: 2015’s list of the best, most interesting websites has arrived! I don’t know about you, but I’m constantly running into so many cool websites I want to remember or recommend to people but I don’t always have time to make a note of them, add them to Evernote, bookmark them in Delicious, etc. So this is a good example of a post I created as a personal (and completely unscientific) resource that other people will probably benefit from as well.

Yes, You CAN Watch TV Online Legally & For Free Whether you’re thinking of cutting the cord or just want to watch TV on your own schedule instead of the television network’s, there are more legal ways to watch TV online than ever. Even better, many of these legal options are free. Most of these websites will expose you to commercials – someone has to pay for the free TV – but you’ll end up watching commercials if you pay to watch TV the traditional way, anyway. Many of these services are only available in specific countries, such as the USA.