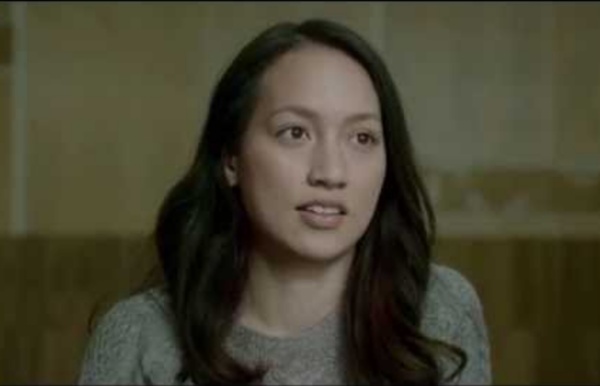 Finally, there are more young Americans who 'believe' in evolution than creationism There’s been a long-standing divide between Americans who believe in evolution, and those who think God created humans just as they are. But a recent poll has shown that 51 percent of American adults under the age of 30 now claim to believe purely in secular evolution, which means evolution independent of any divine power – a jump from 40 percent back in 2009, when the research began. The survey was conducted by the Pew Research Centre back in July, and overall, the results were incredibly positive. Even though just over half the young people said that they believed solely in evolution as a result of natural selection, 73 percent said they expressed some sort of belief in evolution – which is 12 percent more than six years ago – as Rachel E.

23andme Discover where your DNA is from out of 150+ regions worldwide - and more. 5 reports Your DNA comes from all of your ancestors. In your DNA we can find genetic traces of where your ancestors lived throughout history. You also share DNA with people around the world today. Depression is A Disease of Civilization: Hunter-Gatherers Hold the Key to the Cure Depression is a global epidemic. It is the main driver behind suicide, which now claims more than a million lives per year worldwide. One in four Americans will suffer from clinical depression within their lifetimes, and the rate is increasing with every generation. It robs people of sleep, energy, focus, memory, sex drive and their basic ability to experience the pleasures of life, says author of The Depression Cure Stephen Ildari.

The $100bn gold mine and the West Papuans who say they are counting the cost In 1936, Dutch geologist Jean Jacques Dozy climbed the world’s highest island peak: the forbidding Mount Carstensz, a snow-covered silver crag on what was then known as Dutch New Guinea. During the 4,800-metre ascent, Dozy noticed an unusual rock outcrop veined with green streaks. Samples he brought back confirmed exceptionally rich gold and copper deposits. Today, these remote, sharp-edged mountains are part of West Papua, Indonesia, and home to the Grasberg mine, one of the biggest gold mines – and third largest copper mine – in the world. Majority-owned by the American mining firm Freeport McMoRan, Grasberg is now Indonesia’s biggest taxpayer, with reserves worth an estimated $100bn (£80bn).

From MIT Press: 10 Topics Every 21st Century Citizen Should Know About “That’s it: I need to know what I need to know!” I exclaimed recently when I heard about the “Essential Knowledge” series published by MIT Press. Know what I mean? The 21st century’s constant rapid change — particularly in technology — can engender a festering fear of missing out, the sense that everyone else is riding some trending wave while you’re standing with your back to it not even aware it’s there. And call me naive but there's no arbiter of need-to-know modern knowledge I'd rather consult than the bastion of brilliance that is MIT.

Video games have replaced music as the most important aspect of youth culture It would be incorrect to say video games went mainstream in 2020. They’ve been mainstream for decades. But their place in pop culture feels far more central – to gamers and non-gamers alike – than ever before. AncestryDNA launches in New Zealand Last updated 13:42, June 3 2015 Lawrence Smith Fairfax Media journalist Laura Walters has her genetics traced using Ancestry.com to find out more about her family tree and ethnic makeup. Can Reading Make You Happier? Several years ago, I was given as a gift a remote session with a bibliotherapist at the London headquarters of the School of Life, which offers innovative courses to help people deal with the daily emotional challenges of existence. I have to admit that at first I didn’t really like the idea of being given a reading “prescription.” I’ve generally preferred to mimic Virginia Woolf’s passionate commitment to serendipity in my personal reading discoveries, delighting not only in the books themselves but in the randomly meaningful nature of how I came upon them (on the bus after a breakup, in a backpackers’ hostel in Damascus, or in the dark library stacks at graduate school, while browsing instead of studying). But the session was a gift, and I found myself unexpectedly enjoying the initial questionnaire about my reading habits that the bibliotherapist, Ella Berthoud, sent me.

Ross Sea Designated as World’s Largest Marine Protected Area Today’s closing of the Commission for the Conservation of Antarctic Marine Living Resources (CCAMLR) meeting made history by declaring the largest marine protected area on the planet in Antarctica’s Ross Sea. This marks the first time that CCAMLR’s 24 member countries and the European Union reached consensus to protect this huge area of the Southern Ocean after similar proposals were blocked for the past five years. The 1.55 million square kilometer marine protected area will provide critical habitat, including breeding and foraging grounds, for a multitude of penguins, seals, krill, whales, and other species. It will also implement crucial policies needed to guide human activities such as fishing, shipping, and tourism, safeguarding this region, one of the last pristine oceans left on Earth.