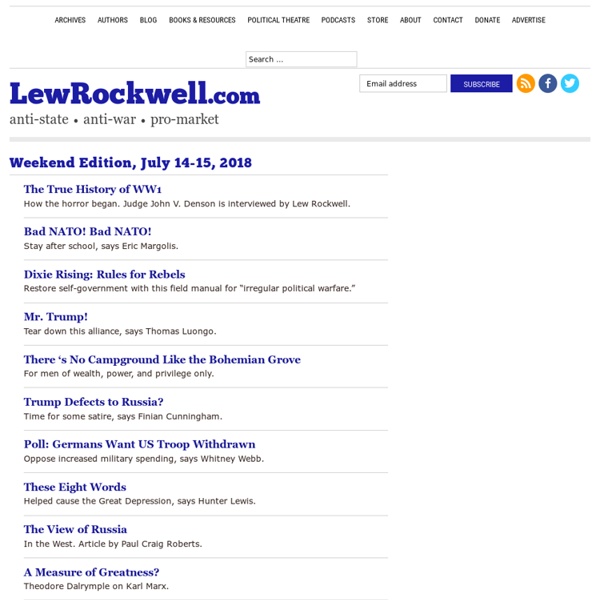 media monarchy Bye-bye Keynes? The eclipse of Keynesian economics proceeds. When Keynes wrote “The General Theory of Employment, Interest and Money” in the mid-1930s, governments in most wealthy nations were relatively small and their debts modest. Deficit spending and pump priming were plausible responses to economic slumps. Now, huge governments are often saddled with massive debts. Standard Keynesian remedies for downturns — spend more and tax less — presume the willingness of bond markets to finance the resulting deficits at reasonable interest rates. If markets refuse, Keynesian policies won’t work. Countries then lose control over their economies. There is no automatic tipping point beyond which a country’s debt — the sum of past annual deficits — causes bond markets to shut down. Thankfully, the United States is not now in this position. In 2012, the American budget deficit is projected at 7.9 percent of GDP; Greece’s is 6.9 percent; Italy’s 2.4 percent. Considering this, some economists urge more “stimulus.”

Fascism for Dummies by Pete Kofod by Pete Kofod The Dollar Vigilante Here at TDV fascism is frequently referred to as the increasingly prevalent form of government in the West. We recognize that this conjures strong emotions and we often get a few angry emails voicing displeasure with our characterization of their homeland. We recognize, however, that we have never taken the time to define it completely nor place it within the context of our communications (although Jeff did compare the USA to the dictionary definition of "fascism" in "The Fasco-Communist Police State of America"). The word fascism is rooted in the Latin word fasces, a Roman object made of wooden rods tightly bound by red, overlapping straps. Fascism is referred to as an ideology with numerous characteristics, the most common being fervent nationalism, virtually unlimited central authority, militarism, and state control of production. We contend that the objective of fascism is to ensure the survival and further the influence of the State.

Prison Planet.com The Capitalism Site | Laissez-faire capitalism is the political economic system based on individual rights Must Evangelicals Be Conservatives? by Laurence M. Vance by Laurence M. Vance by Laurence M. Vance Because I am a conservative evangelical, but not an evangelical conservative, I was intrigued by the title of a new book I saw recently on display in the book exhibit hall at the annual meeting of the Society of Biblical Literature: How to Be Evangelical without Being Conservative (Zondervan, 2008). It turns out that the author (Roger Olson, a professor of theology at George W. How to Be Evangelical without Being Conservative contains twelve chapters, only three of which concern conservatism in the political sense. In chapter three, "Celebrating America without Nationalism," Olson correctly recognizes two things: Especially since World War II evangelical Christians in America have tended to become increasingly nationalistic. He faults Christians for failing "to observe the difference between love of country and slavish agreement with or obedience to the state and government." Olson chooses his words carefully. January 5, 2009 Laurence M.

Deadline Live With Jack Blood The Dark Side of America's Growing Social Safety Net - Jordan Weissmann - Business A University of Chicago professor argues that help for the poor might be worsening unemployment Reuters By now, we've all gotten used to the fights on Capitol Hill about extending unemployment benefits. Each time they're about to expire, Democrats line up to renew them. Meanwhile, at least a few Republicans rise up to object. Their argument: By writing checks to the jobless, we're making it less likely that they'll go out and find work. This strikes many of us as ludicrous. According to Mulligan's research, the portion of America's social safety net devoted to working-age adults has swelled over the past few years. But what is the "safety net"? The graph below summarizes the paper's findings. The gist is that safety net spending is way up. What does this mean for a typical worker? That's a good thing. Maybe so.