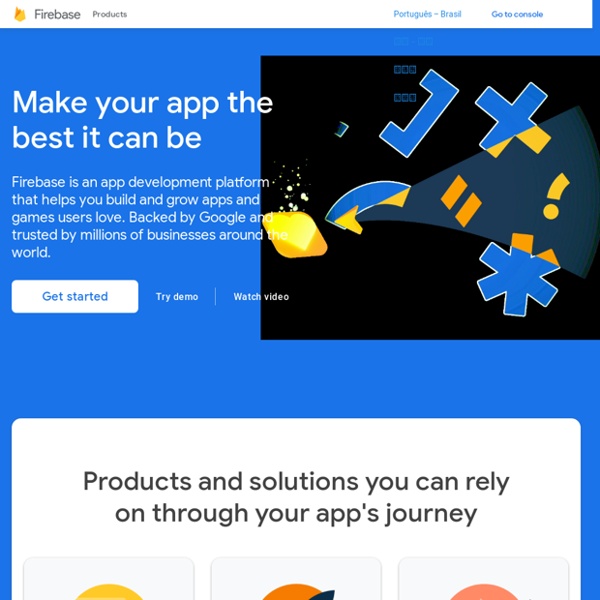 welcome The revolutions in web 2.0 and smartphones were enabled by the creation of platforms, and the widespread innovation they made possible. The disruptive jump in complexity brought on by IoT devices, combined with the requirement for their development at scale means embedded development must enter the platform era too. We are creating a modern full-stack operating system, designed for ARM® Cortex®-M-based MCUs; the world's leading 32-bit microcontrollers that already sell in the billions. Inspired by the highly productive programming frameworks and tools of the web, and optimised for energy efficiency, built-in connectivity, security and reusable software components, it will become the foundation that enables widespread innovation in the Internet of Things (IoT) space.

mbed - Mozilla FireFox for eBuro Overview¶ During the summer holiday 2010, i take part in a research project at CEIT. The project is called "RFID messaging system". GIF Maker - Video to GIF Creator Tools GIF MAKERCreate animated GIFs from video files and YouTube links. Have you ever watched a video online and thought, "Man, this cute cat video would be SO much better in GIFs!" Well, GOOD NEWS! Quick tour of Polymer - Polymer 1.0 Edit on GitHub Polymer makes it simple to create web components, declaratively. Custom elements can leverage Polymer’s special features to reduce boilerplate and make it even easier to build complex, interactive elements: Registering elements Lifecycle callbacks Property observation Local DOM template Data binding In this section you can take a quick tour of the Polymer library, without installing anything.

tutorial Introduction to Node.js This is a Node.js Tutorial from w3resource. You will learn About What Node.js is, History, Features,How to install Node in Windows and in Linux, Followed by a comprehensive discussion of each of the modules of Node.js API. By the end of this Tutorial, you will be able to develop and deploy Node.js Applications by yourself. Using Arduino To get your sensors up and running, you'll have to learn how to upload the Arduino embedded software [called sketches] to the microcontroller. The team behind Arduino has already created a so-called IDE [Integrated Development Editor] that is really simple to use for sketch development and board uploads. But the easiest option is probably to use the Codebender browser plugin.