Pie Corbett’s superhero resource. What will the children learn? 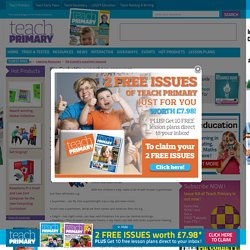 • to create new ideas; • to write an imaginative set of instructions; • to create a simple list poem; • to write a non-chronological report. 1. Play superhero games Playing quick fire language games at the start of a lesson will develop creativity and help children think of imaginative words and ideas, e.g. Invent new superheroes With the children’s help, make a list of well-known superheroes and their attributes, e.g. • Superman – can fly, has superstrength, has x-ray and laser vision. Invent new superheroes. . • Catgirl – has night vision, can leap vast distances, her purr can destroy buildings. • Hawkboy – flies at speed of sound, hovers, x-ray vision, can talk with birds, supersonic hearing. Find their weakness Take the new superheroes and plan how to defeat them. Catgirl – is only scared of water, which makes her powerless till she is dry. Which would you be? Everyone has to select a superhero (well-known or invented) and explain why they would be that hero. 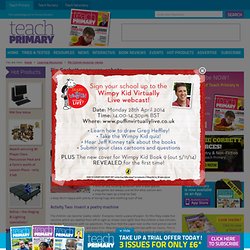 Ask the children to imagine what tasks they would ask a robot to perform for them and list the answers on the board. What might be helpful? The Child’s Ideal Robot Could • complete any homework task without being asked, • tidy bedrooms and make beds, • do washing up and take the dog for a long run, • fend off any bullying behaviour with a laser glance, • play games but always just let the other person win, • mow the lawn as a treat for Dad, • keep Mum happy with plenty of loving hugs and soothing cups of tea. KS2 Book Topic: Voices in the Park. Children will have much to discuss as they dig deeper into Anthony Browne’s multi-layered narrative, says Pie Corbett... 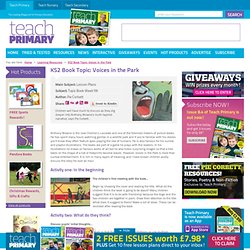 Anthony Browne is the new Children’s Laureate and one of the foremost makers of picture books. He has spent many hours watching gorillas in a wildlife park and if you’re familiar with his stories you’ll know they often feature apes playing the role of humans. He is also famous for his surreal and playful illustrations. The books are part of a game he plays with the readers. In his illustrations he draws on famous works of art but he also hides surprising images so that a tree takes on the shape of a hat or footprints become leaves. Pie Corbett’s fiction: the caravan. Read Pie Corbett's atmospheric warning story with your class and use the activities overleaf to sharpen children's literacy skills... 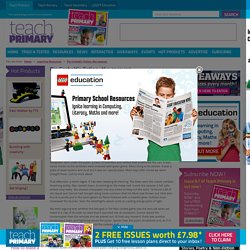 “Now Mitch, don’t go playing up by the pylon,” my Mum had warned me often enough. “It’s dangerous. You’ll get yourself electrocuted.” Did I listen? Of course I didn’t. That afternoon, a storm raged. We were arguing over whether the last goal in the Man United game was the best yet when we heard it: a clap of thunder so close that it sounded like an explosion. Instinctively, we both ducked down fast. Pie Corbett’s fiction: kidnapped. Take children on an adventure with Pie Corbett's short story, then use the activities on the next page to help them write their own... 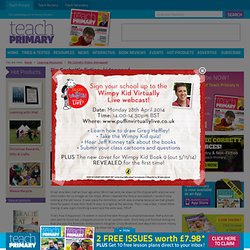 Somebody was coming up the stairs! Ducking down behind an old crate, we waited. I could feel my heart thumping like a bass drum and my throat felt tight and dry with dust…and the crush of fear. What if we were caught? The strange girl glanced at me through the semi-gloom and grinned. Gradually, the door opened and we could hear someone tiptoeing in. Pie Corbett’s fiction: kidnapped. Pie Corbett’s fiction: staying out. What's that coming over the hill? 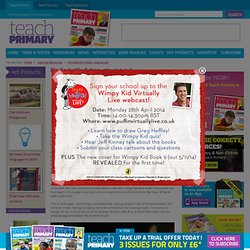 It's just Pie Corbett and his latest story writing class about things that go bump in the night... Kev’s mum eyed us both. “Ok, but no fooling around,” she muttered, as she turned up the TV. It was Neighbours and for the next half hour total silence would be demanded. Lugging my dad’s tent between us, Kev and I sneaked out of the back door. Four hours later, we were snuggled into our sleeping bags. Pie Corbett’s fiction: alien landing. Pie Corbett's extraterrestrial adventure will have children itching to invent their own close encounters... 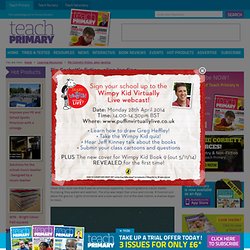 The sun slipped behind the distant hills, painting the mountains red and black. Shadows lengthened, deepening the darkness. Wind whispered through the grass as if praying. Wearily, Tom and Jez picked up their fishing gear. It was late and they knew that they would be in trouble. Pie Corbett’s fiction: the Nightmare Man. Sally was afraid. 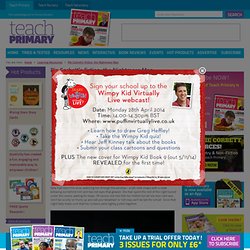 At school, they called her the ‘fraidy girl’ because she seemed afraid of everything. But what she feared the most was the darkness. Every night she didn’t want to go upstairs to bed. Pie Corbett’s fiction: unicorns. Heart thumping, Hetty ran upstairs. 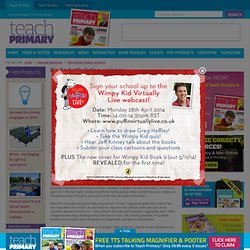 Her mother had let her wear the coronet – just for a minute – the bride’s coronet perched on her head, glinting in the firelight. Hetty dashed into her bedroom, closed the door and wedged a chair under the door handle so that no one else could enter. Pie Corbett’s non-fiction: dragons. 1. 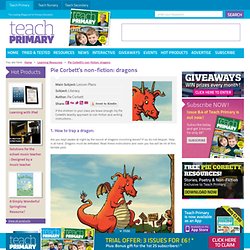 How to trap a dragon: Are you kept awake at night by the sound of dragons crunching bones? If so, do not despair. Help is at hand. Dragons must be defeated. What you need: A magical spade, a brown sheet, some leaves and sticks, plus a large lump of tasty meat. Pie Corbett’s non-fiction: magnificent machines. 1. The ‘Teacher-Pleaser’ machine Do you suffer from a grumpy teacher? If so, then use the ‘Teacher-Pleaser’ machine and soon your teacher will become the jolliest person in school. Pie Corbett’s non-fiction: Alex Ryder. 1. Buy now – ‘Multifunction Mobile Phone’ Are you about to embark on your first mission as a spy? Pie Corbett’s non-fiction: unicorns. The storm unicorn The Storm Unicorn is a type of unicorn that has become very rare. A Storm Unicorn has the body of a horse and a long horn. The horn is usually a spiral shape and sticks out from the middle of its head. Most are a beautiful ebony colour with flashes of gold and silver that look like lightning.

Pie Corbett’s non-fiction: The Spiderwick Chronicles. Jared Grace’s Diary: Monday 12th June This morning Mallory, Simon and I met a Wood Elf while we were playing by the bridge. Simon thought that it would be a good idea if we built a tree house, up in the trees, so we would have a place to hide if the goblins tried to attack us while we were too far away from the house. We were busy making the hide when the elf appeared. At first, the elf was furious but after we explained what we doing, he became quite friendly.

Pie Corbett’s Monster Poems. When Count Graculafell in love with a Troll When Count Graculafell in love nobody knew what to say. So, he visited her each night but he kept away in the day. Transforming writing. Creative formative assessment is an invaluable tool for teachers seeking to improve their children’s written work, says Pie Corbett... Formative assessment is both teaching and learning. Teaching without assessing is guesswork. Recently, I have been thinking about how assessing children’s writing drives the teaching sequence so that what happens on Monday determines Tuesday and what happens on Tuesday sharpens the focus on Wednesday. Pie Corbett on the draft curriculum. There is good stuff within the draft curriculum for English, says Pie Corbett.

But considerable holes remain to be filled. Formative assessment in literacy. Formative assessment in literacy. Shared writing activities. On the road to becoming a better writer, the teacher is a child’s guide and companion – showing her the way and offering challenge at every turn, before she eventually finds her own path, says Pie Corbett. How to improve marking in primary schools. Improvements in children’s writing will be proportionate to the quality of feedback and discussion in your classroom – ticking books doesn’t help anyone, says Pie Corbett...

For feedback to work, children have to be sufficiently enthusiastic as writers to want to improve, which is most likely to happen if they feel part of a community of readers and writers.