Inside the mind of a master procrastinator 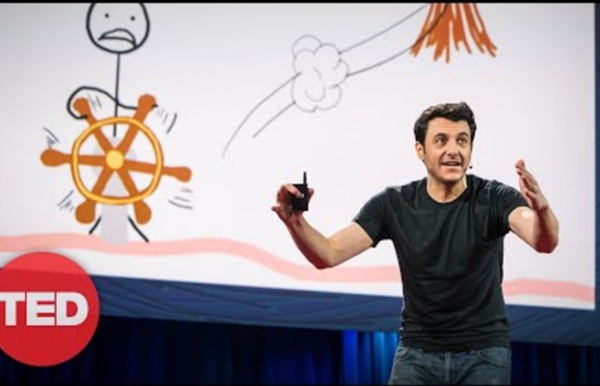 Procrastination Test - Abridged Do you put things off? Find yourself making excuses to get out of bothersome little duties? In short, are you guilty of that nasty habit of procrastination? We're all guilty of it from time to time, but when putting things off interferes with your life, there's cause for concern. Procrastination can cause problems at work or school, in your relationships, and with your health, among other things. Find out why you procrastinate and how potentially damaging it could be by taking this procrastination test.

Carol Dweck: A Summary of The Two Mindsets There are two main mindsets we can navigate life with: growth and fixed. Having a growth mindset is essential for success. In this post, we explore how to develop the right mindset for improving your intelligence. Carol Dweck studies human motivation. She spends her days diving into why people succeed (or don’t) and what’s within our control to foster success. What's Your Learning Style? 20 Questions What's Your Learning Style? 20 Questions EducationPlanner Site Menu Section Menu The Tragedy of Vaccine Nationalism Trump administration officials have compared the global allocation of vaccines against the coronavirus that causes COVID-19 to oxygen masks dropping inside a depressurizing airplane. “You put on your own first, and then we want to help others as quickly as possible,” Peter Marks, a senior official at the U.S. Food and Drug Administration who oversaw the initial phases of vaccine development for the U.S. government, said during a panel discussion in June. The major difference, of course, is that airplane oxygen masks do not drop only in first class—which is the equivalent of what will happen when vaccines eventually become available if governments delay providing access to them to people in other countries. By early July, there were 160 candidate vaccines against the new coronavirus in development, with 21 in clinical trials.

Edward Hopper's Iconic Painting Nighthawks Explained in a 7-Minute Video Introduction If any one painting stands for mid-twentieth-century America, Nighthawks does. In fact, Edward Hopper's 1942 canvas of four figures in a late-night New York City diner may qualify as the most vivid evocation of that country and time in any form. For Evan Puschak, better known as the video essayist Nerdwriter, the experience of Nighthawks goes well beyond the visual realm. "I've always thought of him in a sort of aromatic way," says Puschak of the artist, "because his paintings evoke the same kinds of feelings and memories that I get from the sense of smell, as if he was channeling directly into my limbic system, excavating moments that were stored deeply away."

The Pool - Life - Being Part Of 'Generation Rent' Doesn't Have To Be A Bad Thing Today, Hugo Rifkind wrote in his column in The Times that most millennials are “renting the daily experience of being alive”. It sure as hell feels that way. We rent our homes, our music, our films, our desk spaces. We don’t own anything (apart from some battered copies of Proust novels left over from our degrees, a bottle opener and a bunch of dresses we can’t quite fit into any more). When I moved flats a few years ago, ALL of my worldly belongings literally fitted in the back of a car – black binliners of Topshop clothes and books and the single “thing” I own: a Tiffany lamp bought by my mum in BHS. But, hey, what does that matter?

Public admin explainer: What is adaptive leadership? Adaptive leadership is a practice for helping mobilise members of an organisation or community to adapt to significant change. It emphasises the importance of adaptation to a complex and rapidly changing environment, and focuses on creating the circumstances for good leadership and problem solving. It hinges on four key arguments: universal-basic-income-finland.html?smprod=nytcore-ipad&smid=nytcore-ipad-share&referer= The government is eager to see what happens next. Will more people pursue jobs or start businesses? How many will stop working and squander their money on vodka?

Global Pharma Solutions Margaret has more than 30 years’ experience in the Pharmaceutical industry both in the UK and Australia, spanning drug discovery, drug development and Regulatory Affairs. From 20 years in Regulatory Affairs, Margaret has gained a wealth of experience across several therapy areas including cardiovascular, immunodeficiency, influenza, neuropathic pain, rheumatology, CHF (Congestive heart failure), GVHD (Graft versus host disease), critical bleeding and many product ranges including: biologics, such as vaccines, blood products, stem cells, and small molecules including generics and orphan products. Margaret has hands-on experience in numerous successful global submissions in both the innovator and generic spaces for: US, EU, Asia Pacific and ANZ.

This video shows you the true size of countries compared to how they look on maps The Mercator projection is the most popular map projection in the world. And, apparently, it’s also wrong. Gerardus Mercator created the projection around 1569, with lines of longitude and latitude, but critics have long since found that the map also made certain areas – namely Europe, Russia and the US - much bigger than they actually are. What many people don't know is that it's also inaccurate because the Earth is a 3D globe: attempting to translate that to 2D inevitably causes distortions. The UK is rather a lot smaller than you might think: places like Japan, The Phillipines, Sumatra, Madagascar, and New Zealand are much larger than our little island.

What Cross-Silo Leadership Looks Like Though most executives recognize the importance of breaking down silos to help people collaborate across boundaries, they struggle to make it happen. That’s understandable: It is devilishly difficult. Think about your own relationships at work—the people you report to and those who report to you, for starters. Now consider the people in other functions, units, or geographies whose work touches yours in some way. Which relationships get prioritized in your day-to-day job? 5 interview tips to help you land that first post-university job Be on time Obvious? Yes. But you’d be surprised at how many candidates think it’s okay to arrive late. Or turn up at the office when the interview’s due to start. Why Leadership in Consulting Is So Important - PQSI Sometimes, the best thing to do to grow a business is to hire a consultant, especially if you are seeking to drastically improve one facet of your business. The specialized expertise of a consultant is one thing—but a truly effective consultant is also a leader, able to take control of the issue at hand and direct how to solve it in the most efficient manner. A consultant’s ability to lead a team is vital. As a consultant is typically parachuted into an organization to create change, it is natural that they will face some resistance from established members of the team in place. There are many reasons for this: a fear that they will be exposed, uncertainty at where their role lies with the introduction of a consultant, or simply good old fashioned territorialism and wounded pride at having an outsider come in to perform what they perceive as their job.