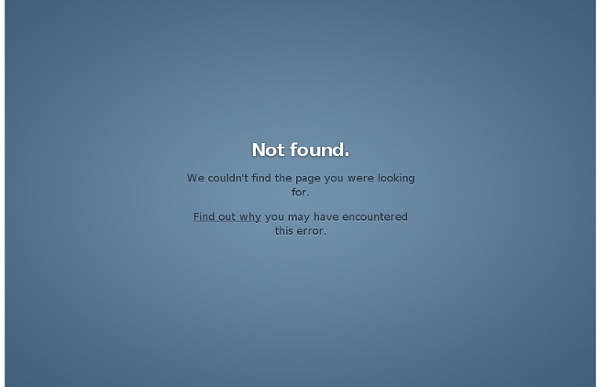 carnovsky RGB Color est e pluribus unus RGB is a work about the exploration of the “surface’s deepness”. RGB designs create surfaces that mutate and interact with different chromatic stimulus. Carnovsky's RGB is an ongoing project that experiments with the interaction between printed and light colours. The resulting images are unexpected and disorienting. The colors mix up, the lines and shapes entwine becoming oneiric and not completely clear. See the Wallpapers collections available: 30 Very Funny Books--Seriously It's a dreary day, so I thought I'd indulge myself and come up with a list of my favorite comedies. A caveat, however: this is not a fancy English-professor-y list of the finest, most exquisitely crafted, most erudite or intellectually sophisticated works on paper in the language. This is a list of the books that make me laugh until my mascara starts to run. These are books to read over your first cup of coffee or just before you go to sleep . Remember: a day you've laughed is day you haven't wasted--even if you didn't get out of bed. Some days you need a jump-start to get to the funny parts of life. You've probably heard of most of these titles, and maybe you've already read several of them. You ready? 1. 2. 3. 4. 5. 6. 7. 8. 9. 10. 11. 12. 13. 14. 15. 16. 17. 18. 19. 20. 21. 22. 23. 24. 25. 26. 27. 28. 29. 30. And of course this is just the beginning.

20 awesome examples of street art If you still need a proof that art can be found anywhere, those awesome examples of great street art should convince you. Jenny Packham 2012 Fall - Vintage Chic One more view of a collection before I share my annual trends post on Monday. Another designer on my to-check list? Jenny Packham. Out of all the wedding gown designers, Jenny stands out in my mind as the only designer who has a signature style. The gowns seem to wear so effortlessly.

Artist takes light photography beyond the grave with detailed designs of skeletons living it up Everyday activities include break-dancing, motorbiking and skateboardingDead cool images show skeletons hanging out in a graveyard and rising up to heavenPhotographer creates the magical pictures by using a long exposure and waving torch in the air By Emma Reynolds Published: 12:15 GMT, 30 August 2012 | Updated: 12:33 GMT, 30 August 2012 These eye-catching LED pictures of skeletons skateboarding, break-dancing and even kissing explore the bare bones of our daily lives. Photographer Darren Pearson, from Los Angeles in the U.S., has produced the incredible images using a torch to 'draw' figures on to his night-time scenes. The 29-year-old plans his creative and often humorous designs by sketching rough ideas for the finished pieces. Don't break any bones! The lighter side of life: This colourful scene shows a skeletal angel rising up to heaven on wings He sets his camera up in a dark and deserted spot and puts it on a long exposure. Prints of his magnificent artwork cost just £22 each.

Just another awesome Friday music-round to get you going (CBS News) So I have been dying to put this one out all week on The Feed, but managed to (barely) abstain from doing so in order to put it in your latest edition of the Friday Music Round-up. Phew, I can finally do it! First up, K-Pop sensation Psy is back with another amazing music video, this time featuring singer Hyuna that will have you mesmerized, confused, laughing and so much more all over again. Check it out. We first featured Korean music sensation Psy here on The Feed two weeks ago, and have seen their meteoric rise to international fame since that time. And they have managed to hit it out of the park again with this latest video that has us continuing to bounce our heads to the beat and occasionally scream out "Gangnam Style" for no apparent reason. Second in our round-up is one that hits close to home for us here at The Feed since it deals with a lot of the names and faces we tend see on the Internet. © 2012 CBS Interactive Inc.

Lace Fence by Demakersvan The Lace Fence designed by Demakersvan is a security fence unique in its design by its craft and assembled patterns. The patterns come in a variety of themes, showing how something which was meant purely functional can also be decorative. Enjoyed this post? Infobia | Golden Rules of Campus Safety—A Guide for Students College is a place to learn, achieve and have fun. We've created this how-to guide for campus safety to help ensure college students stay safe while learning. We've provided tips for how to stay safe while on campus, in your dorm, and out at parties. Have additional tips? Continue Reading Article ↓ Embed:Width (px): If you'd like a high-resolution Poster Sized printable PDF contact us and we'd be happy to email one to you.

13 Disturbing Pieces of Art from History The media is often criticized for showing violent and disturbing imagery. Movies, TV, video games, tabletop RPGs, comic books, and various other things have all gone through periods where they're blamed for exposing children to dark and unsettling things. But as these fine art examples prove, violent and disturbing imagery is nothing new. (Obviously, this article contains some disturbing content.) 1. Painted in 1611, Massacre of the Innocents is Rubens' interpretation of Herod's order to kill every young male in Bethlehem, as recounted in the Gospel of Matthew. 2. This is but one of a series of works featuring disembodied body parts (including a painting of a pair of severed heads, equally as unsettling as this one) painted by French artist Théodore Géricault. 3. Andy Warhol is most famous for his pop art pictures of soup cans and Marilyn Monroe, but he also dabbled in some darker works, including his chilling piece, Big Electric Chair. 4. 5. 6. 7. 8. 9. 10. 11. 12. 13.

Corrugated cardboard house painting ::: Pink Tentacle 13 Oct 2006 These photos show painted cardboard shelters in the homeless city that took root in the underground sprawl of Shinjuku station's western wing in the mid-1990s. A deadly fire swept through the community in February 1998, forcing the inhabitants out and conveniently allowing the city to proceed with long-awaited plans to construct the moving walkway that now exists there. The paintings were also lost in the fire. The cardboard house painters were Junichiro Take, who once spent 22 days in jail for performing his art in Shinjuku station, along with Takeo Yoshizaki, Yasuhiro Yamane, Itohisa Takano and others. See more photos at Eyedia's gallery of Shinjuku cardboard house paintings. [Via: No-sword]