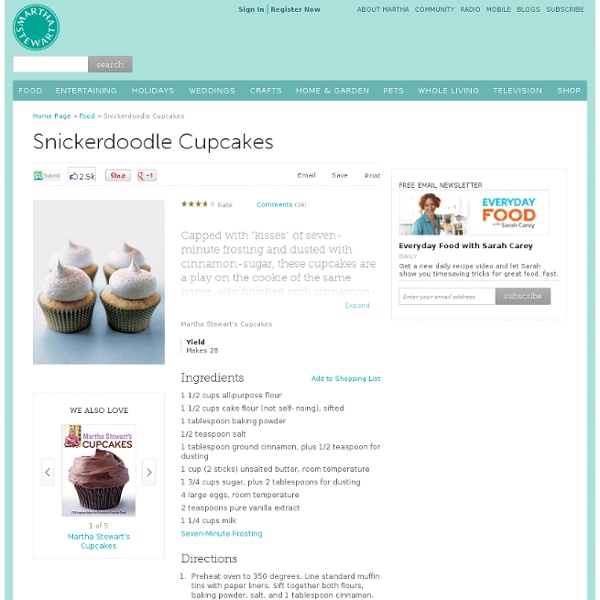 Abnormal Cycles - Sportster 1200 Nightster  - Pipeburn - Purveyors of Classic Motorcycles, Cafe Racers & Custom motorbikes Back in black. And green Vespas. Brownie-Filled Cupcakes with Cookies and Cream Buttercream Your brownie-loving dreams have come true—a rich, gooey brownie is baked into the center of a vanilla cupcake and topped with heap of cookies and cream frosting. There’s the moist brownie, the crunchy cookie crumbs, the creamy frosting… it tastes amazing. This will make about 22 cupcakes.

Sugarcrafter - StumbleUpon September 23, 2011 | Print | E-mail | Filed under bread, pumpkin Monkey bread. It’s almost as much fun to say as it is to eat, and with the arrival of autumn, I couldn’t stop thinking about taking my usual recipe and kicking it up a notch with the addition of pumpkin – so, of course, I did. 25 Ways To Fuck With Your Characters As storyteller, you are god. And to be frank, you’re not a particularly nice god — at least, not if you want your story to resonate with readers. A good storyteller is a crass and callous deity who treats the characters under his watchful eye like a series of troubled butt-puppets.

Rainbow Cake in a Jar I’ve always had a penchant for sunshine in a jar. Doesn’t the very phrase itself, “sunshine in a jar,” roll off your tongue and fill your mouth with magic? While I’ve never yet found myself a sunshine in a jar, I think we may have just concocted it in our kitchen tonight. In this simple recipe, a basic white cake is turned into a slew of bright colors, baked to perfection, then topped with a creamy white frosting. Cakes baked in jars can be topped with traditional metal canning lids and stored in the fridge for up to five days. Triumph Scrambler 900 Most of the bikes we show here don’t reflect the truth of mainstream motorcycle customizing. They’re bikes to aspire to, or be inspired by. The reality is that most people who customize their bikes do it in a piecemeal fashion: changing a part here and there, doing a little of the work themselves and contracting out the trickier stuff, and poring over catalogs and websites to find the elusive parts that will provide a useful performance kick or a different look.

Champagne Cupcakes with Sweet Champagne Buttercream Recipe Champagne Cupcakes With Sweet Champagne Buttercream Frosting It’s a new year! Time for new cupcakes!! Caramel Apple Cheesecake Bars: My October Secret Recipe Club Entry This month I was assigned to check out all the recipes at Delicious Existence and choose one to make my own, for this month’s Secret Recipe Club . The majority of Danielle’s recipes are raw, vegan or vegetarian, so there were tons of healthy options to choose from, but wouldn’t you know one of her desserts was just calling my name. Caramel Apple Cheesecake Bars looked and sounded like the perfect dessert for this brisk fall weather we’ve been having, so I began my baking adventure. I had to laugh, reading through her post, as it turns out this recipe was one she made for her Secret Recipe Club selection.

recipe: two (exactly two!) chocolate cupcakes I have a strange relationship with sweets. I’m kind of obsessed with making them, but I’m not really that much into eating them. I don’t have a big sweet tooth (I’ll take wine and cheese over cookies almost any day of the week). And when I do get hit with a sweets craving, it’s usually short-lived. pizza rolls Does anyone remember those microwavable pizza bites…? Am I the only one that gobbled up four or five every day as an after school snack? Well, guess what. These are sooooo much better! And easy to make! They would be perfect for a kid’s pizza party because you can fill them individually with a vast array of toppings.