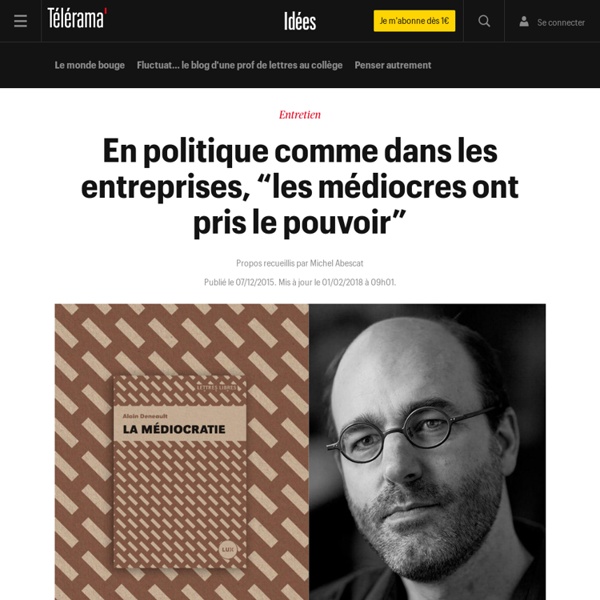 American Collapse In order to understand the great impeachment charade, it’s important to keep three facts about the strange bird known as the United States uppermost in mind. The first is that the US is the ultimate law-based society, one whose structure derives entirely from a single four-thousand-word document created in 1787. The second is that while Americans think of the Constitution as the greatest plan of government known to man, it’s actually the opposite: a grotesque pre-modern relic that grows more unrepresentative and unresponsive with each passing year. A pro-rural Electoral College that has overridden the popular vote in two of the last five presidential elections; a lopsided Senate that allows the majority in ten urban states to be outvoted four-to-one by the minority in the other forty; lifetime Supreme Court justices who can veto any law at variance with an ancient constitution that only they understand – it’s a broken-down old rattletrap in need of a top-to-bottom overhaul.

30 Questions to Ask Yourself Before You Die. {Via studioflowerpower on etsy} “Rather than money, than fame, than love…give me truth.” ~ Thoreau I woke up this morning and my life clock marked 30. The Jasons Benjamin Kallman March 19, 2013 Submitted as coursework for PH241, Stanford University, Winter 2013 The Jasons are a secret organization of scientists whose purpose is to advise the government on difficult technological questions.

Meritocracy: the great delusion that ingrains inequality “We must create a level playing field for American companies and workers!” shouted Donald Trump in his first address to Congress last month, before announcing that tighter immigration controls would take the form of a “merit-based” system. Like so many before him, Trump was wrapping political reforms in the language of meritocracy, conjuring up the image of a “fair” system where people are free to work hard to activate their talent and climb the ladder of success. Since becoming prime minister, Theresa May has also promised to make Britain “the world’s great meritocracy” (or, in The Sun’s phrase, a “Mayritocracy”). She reiterated this pledge when announcing her revival of the grammar schools system, abandoned in the 1960s. “I want Britain to be a place where advantage is based on merit not privilege,” she proclaimed, “where it’s your talent and hard work that matter, not where you were born, who your parents are or what your accent sounds like.”

More than Just a Virus If we have learned anything since 1963, it is to question everything that Big Government, Big Media and Big Money tell us as there is always more than the ‘official’ story. With too many unknowns still to be answered, there is no doubt that a bio-critter of uncertain nefarious origins, perhaps electro magnetic 5G oriented, is loose within Earth’s atmosphere. As we are all collectively, as One Universe, experiencing the potential of a coronavirus infection, we have been assured that the outbreak originated in a fish market in Wuhan, China’s eighth largest city with a population of 11 million. That is the largely unchallenged conclusion since China is well known for its extensive network of high tech labs and since the SARS virus began in China last year. At first glance, it seems a passing curiosity that the next two most extensively affected countries with corona infections, each disparate from China and each other, have extensive trade relations with China.

Do You Love Paradoxes? Embrace Happiness Paradoxes. I’ve always loved paradoxes and koans, and was very struck by an observation by physicist Niels Bohr: “There are trivial truths and great truths. The opposite of a trivial truth is plainly false. The opposite of a great truth is also true.” This is very true in the area of happiness, and in particular, I’ve noticed it with my resolutions. A Story of Slavery in Modern America - The Atlantic Alex Tizon passed away in March. He was a Pulitzer Prize–winning journalist and the author of Big Little Man: In Search of My Asian Self. For more about Alex, please see this editor’s note. COVID19 – Evidence Of Global Fraud Iain Davis COVID 19, and the subsequent governmental responses, appear to be part of an international conspiracy to commit fraud. It seems there is no evidence that a virus called SARS-CoV-2 causes a disease called COVID 19.

Google should be very scared of what Amazon built, according to investor Bill Gurley Amazon CEO Jeff Bezos is silhouetted during a presentation of his company's new Fire smartphone at a news conference in Seattle, Washington June 18, 2014. Bill Gurley, one of the smartest thinkers in the technology industry, did a big interview at the Sailthru e-commerce conference. During the interview, he said he saw shades of 1999 in some companies getting millions of dollars in venture funding. Those comments, naturally, garnered a lot attention. However, he had equally startling comments about Amazon and Google. Machines take place of migrants as berry harvest booms DEBLOIS, Maine (AP) — Mary Marshall grew up living the life of a migrant farmer, spending hours under the hot summer sun picking wild blueberries with her parents and eight siblings, then ending the day bathing in a lake. It was grueling work that she looks back on fondly — a way of life that brought people of different cultures to the camps in Maine's vast blueberry barrens. And she laments the way it is disappearing. "Machines are taking over. Even just going down to the camps, I see a lot of machinery.

'One of the largest human experiments in history' was conducted on unsuspecting residents of San Francisco The north tower of the Golden Gate Bridge is seen surrounded by fog on September 8, 2013, in San Francisco. San Francisco's fog is famous, especially in the summer, when weather conditions combine to create the characteristic cooling blanket that sits over the Bay Area. But one fact many may not know about San Francisco's fog is that in 1950, the US military conducted a test to see whether it could be used to help spread a biological weapon in a "simulated germ-warfare attack." This was just the start of many such tests around the country that would go on in secret for years. The test was a success, as Rebecca Kreston explains over at Discover Magazine, and "one of the largest human experiments in history."

Old Friends, True Friends, and Friendship Divorce What do you do when you realize that although you may have years of history, and found real value in each other in times past, that you kind of don’t like a friend anymore? That, after time spent with this person, you feel drained, empty, belittled or insulted. My father always used to tell me that, “you can’t make new old friends.” John Lanchester reviews ‘The Second Machine Age’ by Erik Brynjolfsson and Andrew McAfee and ‘Average Is Over’ by Tyler Cowen · LRB 5 March 2015 In 1996, in response to the 1992 Russo-American moratorium on nuclear testing, the US government started a programme called the Accelerated Strategic Computing Initiative. The suspension of testing had created a need to be able to run complex computer simulations of how old weapons were ageing, for safety reasons, and also – it’s a dangerous world out there! – to design new weapons without breaching the terms of the moratorium. To do that, ASCI needed more computing power than could be delivered by any existing machine. Its response was to commission a computer called ASCI Red, designed to be the first supercomputer to process more than one teraflop. A ‘flop’ is a floating point operation, i.e. a calculation involving numbers which include decimal points (these are computationally much more demanding than calculations involving binary ones and zeros).