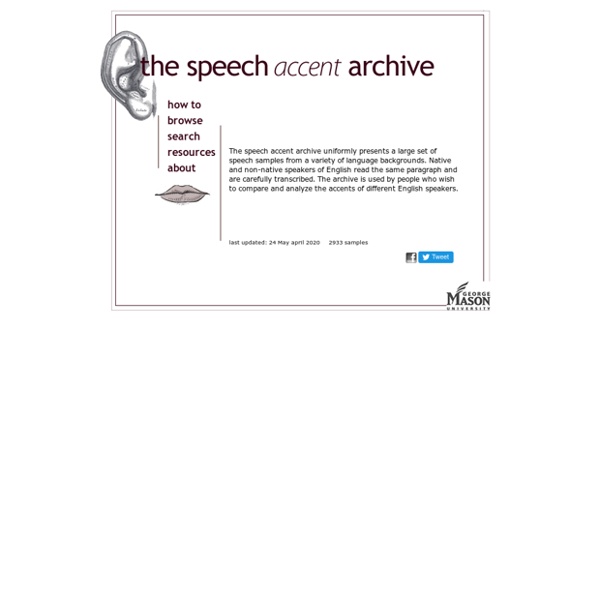 Phonology and the brain: it’s all in the features. …and the vision that was planted in my brain still remains, within the sound of silence. (Simon and Garfunkel, The sound of silence 1964) Sound is made of waves. One fundamental trick of speech is that it surfs those waves by slicing them up into discrete bits. Recently, Mesgarani et al. (2014) (see also ) have shown how our brains respond to speech in this cut up fashion, attending to the very features that linguists uncovered after decades of research, in their efforts to make sense of the sound systems of human languages in a branch of Linguistics known as Phonology. This is a beautiful example of convergence between Linguistics and Neuroscience, reminding us (once again) that Knowledge is one, regardless of disciplinary borders and research styles.

Dsxyliea A frneid who has dyslexia described to me how she ecperieenxs rdaenig. She can read, but it teaks a lot of concettranion, and the letters semes to “jump anroud”. I rmmeebered reading aubot typoglycemia. Woldun’t it be plsisboe to do it inieractvtely on a wibsete wtih Jacairvspt? Dictation-English > BEST RESOURCES: PLACEMENT TEST | GUIDE | OUR BEST WORKSHEETS | Most popular | Contact us > LESSONS AND TESTS: -ing | AS or LIKE | Abbreviations and acronyms... | Adjectives | Adverbs | Agreement/Disagreement | Alphabet | Animals | Articles | Audio test | Be | BE, HAVE, DO, DID, WAS... | Banks, money | Beginners | Betty's adventures | Bilingual dialogues | Business | Buying in a shop | Capital letters | Cars | Celebrations: Thanksgiving, new year... | Clothes | Colours/Colors | Comparisons | Compound words | Conditional and hypothesis | Conjunctions | Contractions | Countries and nationalities | Dates, days, months, seasons | Dictation | Direct/Indirect speech | Diseases | Exclamative sentences! > ABOUT THIS SITE: Copyright Laurent Camus - Learn more / Help / Contact [Terms of use] [Safety tips] | Do not copy or translate - site protected by an international copyright | Cookies | Legal notices. | Our English lessons and tests are 100% free but visitors must pay for Internet access.

Forbidden History This site is intended to be a central repository and discussion place for the numerous problematica and "Out-Of-Place" (OOP) artifacts that have been discovered. OOP artifacts are those items that, according to our tenets of evolutionary science and historical theory, simply should not exist; typically they are items too advanced for the level of civilization that we believe existed at the time, or items that indicate human presence far before humans were supposed to exist. I've tried hard to ensure all OOPs listed here are validated ones, as well as addressing common skeptic arguments. Note also that I [webmaster] am presenting them as is, without any sort of religious bias- I am not a creationist or particularly religious, so have no agenda in that aspect. I have tried to present all items impartially, with no agenda other than trying to find out the truth. What is extremely infuriating is the reaction of virtually all mainstream scientists.

Clilstore - Teaching units for content and language integrated learning Teaching unitsfor Content and Language Integrated Learning HelpAbout Select the language you are learning and your level to see the available units. Course Website Locator: 2791 Harvard College/Graduate School of Arts and Sciences The following course websites match your request: Fall 2014-2015 Most Popular sandy stone beach ocean diver 9K+ 9K+ 369 Firenze 9K+ 9K+ 191 Neutral Blue 9K+ 9K+ 57 Phaedra 9K+ 9K+ 26 Aspirin C 9K+ 8K+ 32 Flat UI 9K+ 8K+ 29 I'll tell you a story - Audio Written by Anonymous "The Story of the Three Bears" (sometimes known as "The Three Bears", "Goldilocks and the Three Bears" or, simply, "Goldilocks") is a fairy talefirst recorded in narrative form by British author and poet Robert Southey, and first published anonymously in a volume of his writings in 1837. The same year, British writer George Nicol published a version in rhyme based upon Southey's prose tale, with Southey approving the attempt to bring the story more exposure. Both versions tell of three bears and an old woman who trespasses upon their property. "The Story of the Three Bears" was in circulation before the publication of Southey's 1837 version.

Mandelbulb: The Unravelling of the Real 3D Mandelbrot Fractal Opening Pandora's Box For the Second Time ur story starts with a guy named Rudy Rucker, an American mathematician, computer scientist and science fiction author (and in fact one of the founders of the cyberpunk science-fiction movement). Around 20 years ago, along with other approaches, he first imagined the concept behind the potential 3D Mandelbulb (barring a small mistake in the formula, which nevertheless still can produce very interesting results - see later), and also wrote a short story about the 3D Mandelbrot in 1987 entitled "As Above, So Below" (also see his blog entry and notebook). Back then of course, the hardware was barely up to the task of rendering the 2D Mandelbrot, let alone the 3D version - which would require billions of calculations to see the results, making research in the area a painstaking process to say the least. So the idea slumbered for 20 years until around 2007.

Listen to English - learn English! - The podcast website for people learning English This is one of the school meals which Martha Payne photographed for her blog. She had carrot soup, pasta with meat and vegetables and more carrot, and yoghurt. Today we visit Scotland, to find out what a Scottish schoolgirl thinks of her school meals. And because the European Cup Football matches have reached an interesting stage, and poor old England have been knocked out by Italy, this might be a good time to learn a new football expression. Martha Payne is 9 years old. Brain Section Multitasks, Handling Phonetics and Decision-Making Scientists from Brown University and the University of Cincinnati found that a portion of the brain that handles decision-making also helps decipher different sounds. Details are in the July issue of the journal Psychological Science. PROVIDENCE, R.I. [Brown University] — A front portion of the brain that handles tasks like decision-making also helps decipher different phonetic sounds, according to new Brown University research. This section of the brain — the left inferior frontal sulcus — treats different pronunciations of the same speech sound (such as a ‘d’ sound) the same way. In determining this, scientists have solved a mystery.

65 Absolutely Essential Grunge Design Resources Here’s my run down of the essential tips, tricks and tools you’ll need to get started with adding grunge or retro design elements into your work. Everything from brushes & tutorials to vectors and fonts! Photoshop Brushes One of the easiest ways to add some soft grunge to your work is to use a ready made Photoshop brush.