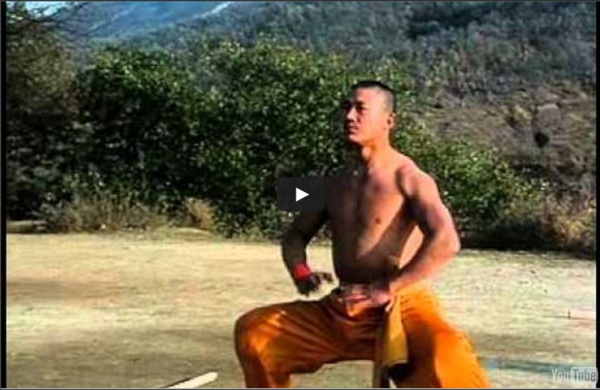 USA Shaolin Temple. Official Website WATCH: Baauer’s “Harlem Shake” Is The Beating Heart Of A New YouTube Dance Meme February 8th, 2013 Dayton O'Connor Does this mean that Baauer is going to be the next PSY? Trap producer Baauer has quickly ascended to the upper echelon of tastemaker approved beatmakers. In short, he’s making money, but he’s still got the underground shine. Or he did. It all started about a week ago. From there other YouTube users took a crack at the “Harlem Shake” dance. The clip begins with the focus on a familiar, conventional scene. Observe. Even College Humor has gotten around to doing their own version. Odds are, if you work in an office, that someone will have the bright idea to make a company wide “Harlem Shake” clip in about five weeks. Check out the full “Harlem Shake” below. You can skip to the end and leave a response.

» How to Get Bruce Lee Like Strength Without Ever Going to a Gym Article by Zen Habits contributor Jonathan Mead; follow him on twitter. “Empty your mind, be formless, shapeless – like water. Now you put water into a cup, it becomes the cup, you put water into a bottle, it becomes the bottle, you put it in a teapot, it becomes the teapot. Now water can flow or it can crash. Be water, my friend.” – Bruce Lee Bruce Lee was a paragon of cool and an icon of the ultimate bad-ass. What’s more impressive is that Bruce trained his body without ever stepping into a gym and with very little use of weights or machines. Here are just a few of Lee’s physical feats: Performed one-hand push-ups using only the thumb and index finger.Could hold an elevated v-sit position for 30 minutes or longer.Could throw grains of rice up into the air and then catch them in mid-flight using chopsticks.Could break wooden boards 6 inches (15 cm) thick.Performed 50 reps of one-arm chin-ups. You don’t have to buy lots of weights or machines, either. Calisthenics.

Grant Thompson Call it "Mad Science", or just a "Quest for Discovery". These are some of my experiments, and "Random Weekend Projects" Subscribe! New videos every week! WARNING: In many cases, these projects are dangerous and pose risks of personal, or property damage, injury, and in some cases, death. There are some mind-blowing loopholes in this version of life, that for some reason, haven't been issued a patch. I make weekly videos dedicated to exploring life through all kinds of projects, experiments, and real-world life-hacking. Every project is a completely different adventure, and occasionally you'll see an experiment that probably shouldn't be duplicated at all.

Bruce Lee Brutally Accurate Technology - SR-71 Blackbird: How to fly the world's fastest plane During the Cold War, the US Air Force operated the world's fastest air-breathing aircraft - the Lockheed SR-71 Blackbird. Colonel Rich Graham tells BBC Future what made it so special. It was a plane which flew at the edge of space; so high that most other jet engines would seize because of the lack of air. A plane that flew so fast that its airframe heated and grew during flight. A plane that, if needed, could outrun missiles launched to bring it down. READ: Amazing stories of the Cold War's ultimate spy plane The Lockheed SR-71 was a product of airplane maker Lockheed's Skunk Works, a secretive project which came up with some of the world's most advanced aircraft. From 1966 until its last mission in 1989, the Lockheed SR-71 Blackbird flew thousands of missions around the globe, photographing military installations from China to Egypt, the Arctic Circle to North Korea. Colonel Rich Graham flew the Blackbird from 1974 until the mid-1980s, first as a mission pilot and then as a trainer.

Damien Walters Showreel 2007 The Confidence Economy: An Interview with T. J. Jackson Lears May 7, 2013 — I | Confidence and Trust B. R. Cohen (BC): Questions about trust, faith, and chance in American cultural history are at the core of your work as I see it. Your interest in confidence and con men is especially striking. JACKSON LEARS (JL): I think that’s right. BC: The particular cast to confidence and deception, your history of advertising shows, is one tied up in economic markets and financial transactions. JL: If not universal, it’s at least widely shared by various threads of tradition and historical circumstances. BC: Maybe in the American setting the distance from an official church helps explain why the confidence and deception that get bound up with faith and hope have more to do with capitalistic structures or sales or market-based mechanisms, a context that is much more dominant here. JL: Absolutely, the confidence games take the form of their setting. II | “All history is the history of unintended consequences” BC: What is that historical study for? BC.