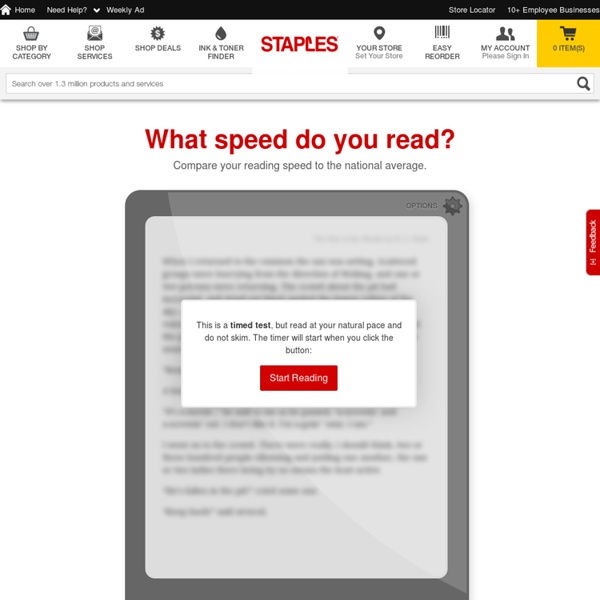 Utah Valley Writers Posted on November 1, 2014 by Michael Gordon Leave a Comment Aaaaaand . . . Commence NaNoWriMo! The 8 Most Unexpected Advantages of Anxiety Anxiety can be crippling, but psychology studies find it does have some unexpected upsides. Anxiety can be crippling, but sometimes it is a crucial part of getting the best out of yourself. Artists, comedians, athletes and other performers often talk about the right amount of anxiety and how it can improve creativity and performance. But anxiety also has a number of lesser known upsides… How to Hide Files and View Hidden Files on Mac OS X Macs offer a way to hide files and folders, just like other operating systems. But Mac OS X hides these options and doesn’t make it as easy as it is on Windows and Linux. To hide a file or folder, you’ll need to set the “hidden” attribute for it.

5 Ways To Shorten Your Short Stories Ever wonder why all short stories are called short, when in fact some of them are medium-length and some are long? These days, many editors of literary journals, especially online literary journals, are putting increasing emphasis on short short stories—that is, short stories that don’t exceed about 3,500 words. Word count matters to editors. If you want to slim down your short stories, we’ve got some word-fat busting exercises for you! Soon you’ll be showing off your trim short shorts all summer (and winter) long! 4 Surprising Advantages of Being Depressed Why being depressed can sometimes be necessary, even beneficial. Depression can be an adaptive way of dealing with certain problems in life, such as relationship breakdown and illness, say the authors of a new study. While clinical depression is a serious mental health issue, the researchers argue that by examining how depression might have originally arisen, we can better understand how to treat it. Dr. Paul Andrews, who led the study, published in the journal PLOS ONE, said: “Depression has long been seen as nothing but a problem.We are asking whether it may actually be a natural adaptation that the brain uses to tackle certain problems.We are seeing more evidence that depression can be a necessary and beneficial adaptation to dealing with major, complex issues that defy easy understanding.”

Montessori 09ClockTaskCardsBlackRed.pdf 09ConstTrianglesBoxes1-5.pdf 09ConstTrianglesOutlines1-5.pdf Kurt Vonnegut - The Shapes of Stories The Shapes of Stories by Kurt Vonnegut Kurt Vonnegut grained worldwide fame and adoration through the publication of his novels, including Slaughterhouse-Five, Cat's Cradle, Breakfast of Champions, and more. But is was his rejected master's thesis in anthropology that he called his prettiest contribution to his culture. Setting: Using Scene To Enrich Your Writing In both fiction and nonfiction, the setting is the general background against which your story takes place—the physical location and time period, both of which influence your characters and plot. So how can a creative writer use setting and scenery to further offset, augment, or reflect the action of the plot? Although we’re going to be exploring this issue in terms of fiction, these techniques work for nonfiction as well. These craft techniques work in all genres: poetry, stories, personal essays, memoir, and books. Suppose you’re writing a novel that is set in the Deep South in 1955 and your protagonist is an immigrant facing prejudice and roadblocks at every turn. You’d have a completely different novel if your protagonist were a Texas cowboy who found himself in Mississippi at that particular time and place.

How To Turn Character Flaws Into Strengths With One Easy Mental Trick An easy mental trick to turn poor personality traits to your advantage. Believing that a negative personality trait has a positive ‘silver lining’ is enough to boost performance in that area, a new study finds. For example, a person who is very pessimistic might believe that one positive side of this ‘negative’ personality trait is that it makes them more realistic. The study, published in the Journal of Experimental Social Psychology, found that those who mentally endorsed the idea that being impulsive was linked to greater creativity, were actually more creative on a subsequent test (Wesnousky et al., 2014). Alexandra Wesnousky, the study’s lead author, said: “People know that a weakness can also be a strength, but these results show that if we actually believe it, we can use these beliefs to our advantage.”

Related:
Related:  Improvement   -  Understanding Human Behavior   -  Educational Tools 3   -  Practical Happiness Advice That Works | The Positivity Blog   -  Mindbloom   -  38 Ways To Win An Argument—Arthur Schopenhauer - The India Uncut Blog - India Uncut   -  How to Think Like a Genius: 11 Steps (with Pictures) - wikiHow   -  Psychology Today: Health, Help, Happiness + Find a Therapist   -  Character flaws: The seven chief features of ego - Personality & Spirituality   -  A picture is worth a thousand words - Wikipedia, the free encyclopedia   -  Living Earth Simulator will simulate the entire world | ExtremeTech   -  The President Who Told The TRUTH!!! - YouTube   -  Philosophy of perception - Wikipedia, the free encyclopedia   -  Contrasting and categorization of emotions - Wikipedia, the free encyclopedia   -  5 Creepy Forms of Mind Control You're Exposed to Daily | Cracked.com   -  Cognitive Behavioural Therapy (CBT) Worksheets, Handouts, Resources and Techniques | Psychology Tools   -  Recalibrate Your Reality   -  5 Gender Stereotypes That Used To Be the Exact Opposite | Cracked.com   -  12 Rules for Being a Human Being   -  The Cheapest Generation   -  A Basic Buddhism Guide: Buddhism and the God-idea   -  The Science of Procrastination and How to Manage It, Animated | Brain Pickings   -  Sacred Geometry International - The World Is Our Classroom   -  The Philosophers Magazine | The Philosophers' Magazine on the web   -  BQO | Big Questions Online   -  The Science of “Intuition” | Brain Pickings   -  How To Design a Lucky Life   -  Do we live in a computer simulation? UW researchers say idea can be tested   -  What Are Your Values? - Decision-Making Skills from MindTools.com   -  PsyBlog’s 10 Most Popular Psychological Insights From 2012 — PsyBlog   -  How to Identify Your Passions   -  Why Focus Makes Us Smarter--and 8 Ways to Sharpen Yours | Big Think   -  A Scientific Guide to Saying "No": How to Avoid Temptation and Distraction - The Buffer Blog   -  Lawrence Lessig: We the People, and the Republic we must reclaim | Video on TED.com   -  Michel Bauwens: Four Scenarios for the Collaborative Economy - YouTube   -  Money on the Mind - YouTube   -  Take Two 'Normal' People, Add Money To Just One Of Them, And Watch What Happens Next   -  25 Spiritual Lessons   -  10 Transitional Ancestors of Human Evolution   -  Michael Sandel: Why we shouldn't trust markets with our civic life | Video on TED.com   -  The Secret to Breaking Out of Our Most Destructive Habits | Alternet