Fun is the Future: Mastering Gamification 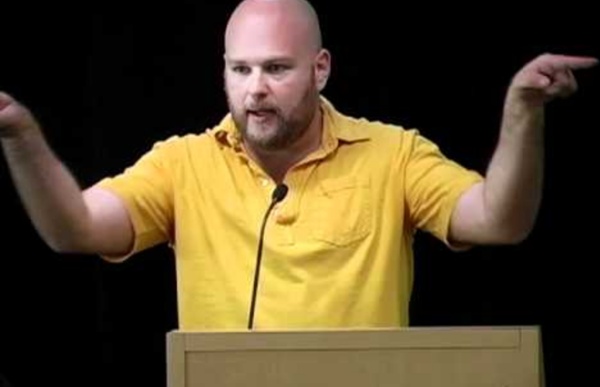 The Use of Videogames, Gamification, and Virtual Environments in the Self-Management of Diabetes: A Systematic Review of Evidence To cite this article:Theng Yin-Leng, Lee Jason W.Y., Patinadan Paul V., and Foo Schubert S.B.. Games for Health Journal. -Not available-, ahead of print. doi:10.1089/g4h.2014.0114. Online Ahead of Print: May 26, 2015 Author information

Gamification Engages Students with Intrinsic and Extrinsic Motivators by Michelle Peterson Monday, August 11, 2014 On a planet where people spend 3 billion hours a week playing video and computer games, it's a good chance that using the tools that keep people engaged in games might work in a learning environment, too. Gamifying classes is also a good way to humanize the online, digital environment for students, according to Mark Relf, the state program coordinator for Rasmussen College, speaking to educators and allies at CompTIA's Academy Educator Conference in Phoenix. “Gamification is not anything anyone’s cornered the market on. Gamification: The Savior Of Employee Productivity Less than one-third (31.5%) of U.S. workers were engaged in their jobs in 2014, according to a 2015 Gallup poll. Here’s how Gamification can improve that metric. Looking for a new form of Monday Motivation? Gamification may be your answer. According to a recent survey, 78% of workers are utilizing games-based motivation at work, via performance-based contests, leaderboards, etc. More importantly, nearly all workers (91%) say these systems improve their work experience by increasing engagement, awareness, and productivity.

Gamification Categorization[edit] Gamification in a narrow sense is used in a non-game context, is built into the service system, and is aiming at an infinite experience. It does not aim at creating a game but offering a gameful experience. In a broader sense gamification also includes game context such as in serious games and finite and infinite games.[20]

SessionM Gamification Tools Increase Engagement By 250 Percent With gamification being a great way to retain and engage users, a new study by SessionM shows that their tools helped increase retention by 35 percent and increased engagement by 250 percent. This is a huge jump for mobile publishers who continue to have a difficult time keeping users entertained and using their apps. SessionM helps developers add game mechanics to their apps including mPoints, a rewards system. Social Network Analysis and Gaming: Survey of the Current State of Art We report on the current state of the art of social network analysis based on the enormous datasets that exist in massive multiplayer online games and multiplayer online arena games. At least since the rise of World Of Warcraft as a massive multiplayer online game, the online gaming world is slowly becoming a center of attention for game developers and players, but there is still little analysis done on the connections between the players of a game. In this paper, an overview of what can be entailed by such an analysis is given, including a wide range of possible approaches, including classic social network analysis, or how to find a not predefined order of referral between the players. The biggest problem for this new area of research is the dynamic of connections coupled with the enormous amount of data and the unknown relations between players in their real lives and other games. But exactly these connections are crucial for serious game development.

Five Essential Steps for Gamifying Education Whether you are considering gamifying a single lesson, an entire curriculum, or a whole school, it can be a daunting and confusing process. Those who try their hand at integrating game mechanics into the classroom setting may meet with less than stellar results and give up after just one attempt. But effective gamification is a complex undertaking that requires both the motivation to work harder at making learning engaging for students and the dedication to experience, accept, and learn from failures when doing so. I have spent the past year gamifying my college-level composition courses and, while I am still by no means an expert at gamifying education, I have, in the process, learned a few things from my own failures. In reviewing these lessons while preparing the next iterations of two of my classes, I realized that they can be categorized into five distinct processes that will make the task of gamifying learning less daunting and will lead to more effective results.

Game Theory - Stanford University & The University of British Columbia About the Course Popularized by movies such as "A Beautiful Mind", game theory is the mathematical modeling of strategic interaction among rational (and irrational) agents. Beyond what we call 'games' in common language, such as chess, poker, soccer, etc., it includes the modeling of conflict among nations, political campaigns, competition among firms, and trading behavior in markets such as the NYSE. How could you begin to model eBay, Google keyword auctions, and peer to peer file-sharing networks, without accounting for the incentives of the people using them? The course will provide the basics: representing games and strategies, the extensive form (which computer scientists call game trees), Bayesian games (modeling things like auctions), repeated and stochastic games, and more.

much deeper conversation about gamiication but the emphasis is not on education. by wintersnight Jun 24