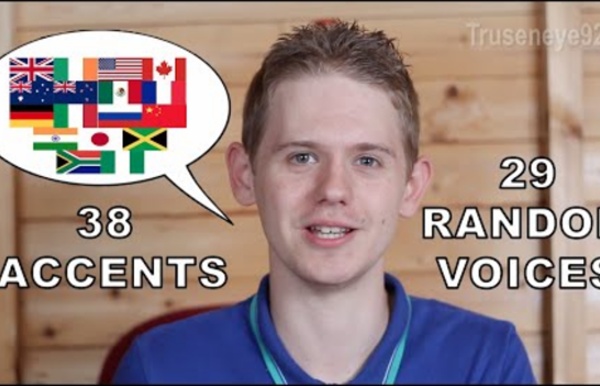 25 Words That Are Their Own Opposites Here’s an ambiguous sentence for you: “Because of the agency’s oversight, the corporation’s behavior was sanctioned.” Does that mean, "Because the agency oversaw the company’s behavior, they imposed a penalty for some transgression," or does it mean, "Because the agency was inattentive, they overlooked the misbehavior and gave it their approval by default"? We’ve stumbled into the looking-glass world of contronyms—words that are their own antonyms. 1. Sanction (via French, from Latin sanctio(n-), from sancire ‘ratify,’) can mean "give official permission or approval for (an action)" or conversely, "impose a penalty on." 2.

63 Differences Between British And American English That Still Confuse Everyone The UK and the USA were once referred to by George Bernard Shaw as "two countries divided by a common language". To this day, Brits and Americans continue to misunderstand and confuse each other. Thankfully, Grammar Check has put together a handy infographic comparing 63 British words to their American counterparts, and it needs to go viral for the sake of communication. Write your story, change history - Brad Meltzer Brad Meltzer is the #1 New York Times bestselling author of The Inner Circle, as well as the bestsellers The Tenth Justice, Dead Even, The First Counsel, The Millionaires, The Zero Game, The Book of Fate, and The Book of Lies.Jerome "Jerry" Siegel and Joseph "Joe" Shuster were the co-creators of Superman -- the first of the great comic book superheroes and one of the most recognizable of the 20th century.Alex's Lemonade Stand Foundation is dedicated to realizing Alex's dream of eradicating childhood cancer. Learn more about their inspirational founder, how your donation can help, and why they're different.One afternoon in April 1928, a phone call came for Amelia Earhart at work. "I'm too busy to answer just now," she said. After hearing that it was important, Earhart relented though at first she thought it was a prank. It wasn't until the caller supplied excellent references that she realized the man was serious. "How would you like to be the first woman to fly the Atlantic?"

Discussions 9d weeks 3+4 You probably remember the articles we worked with last year and the discussions you had afterwards. We will work the same way this year. You will get 2 1/2 lessons to work on this so get started!In your group, divide the articles among you. Two people in the same group can't read the same article. Assignment: 33 ways to speak better English If you’re reading this, I imagine you want to speak better English and communicate in a more confident and competent way. When we communicate effectively we are able to express our ideas and opinions, share experiences, and build relationships with others. When we struggle to express ourselves, we feel unvalued and insecure. As human beings, we want to participate in group discussions and have an impact on the society around us. In the modern world, we communicate across borders.

Australia English Lessons for Kids - Videos, Printables, Games, Online Tests Teach kids with an engaging blended English program. A multi-level English curriculum featuring cartoon animated videos, engaging games, interactive tests and a progress tracker. Take a tour now! Katherine Bilsborough: A simple idea - The Weekend Game A simple Idea For me, the best classroom activities are usually the most simple, requiring little or no preparation time and few or no materials. They are activities that can be adapted to use effectively with groups of different sizes, levels or ages and they can be used again and again even with the same students. The Weekend Game ‘The Weekend Game’ falls into all of those categories. It’s an activity I’ve been doing for decades.

How to pronounce English place names – Jason Anderson – Teacher, teacher educator and author Download a free resource for teachers! A couple of weeks ago, my students requested a lesson on pronouncing place names in London and England because they were always having difficulty making themselves understood at train and coach stations. I didn’t find many resources on the Internet designed for language students, only more technical guides that often went into too much detail and didn’t provide any useful rules. So I did some research, and found the following, which includes some really useful rules that can make the pronunciation of English place names guessable upon first encounter. I created a worksheet that you can copy and use in class or provide the URL to students for self-study. It may also be useful for teachers outside the UK who need to use materials that refer to English place names.

75 Simple British Slang Phrases You Should Probably Start Using Oh, the Brits. No-one can snark quite like they do, and there are certain turns of phrase that are so utterly delightful, the rest of the world really should sit up and take note. Below are just a few common British phrases that you might like to work into your daily vernacular, as they can pepper any conversation with a little extra something.