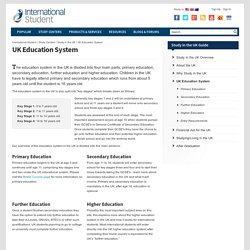 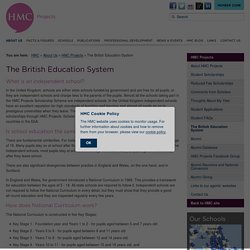 In the United Kingdom, schools are either state schools funded by government and are free for all pupils, or they are independent schools and charge fees to the parents of the pupils. Almost all the schools taking part in the HMC Projects Scholarship Scheme are independent schools. In the United Kingdom independent schools have an excellent reputation for high standards of teaching and learning and almost all pupils go on to prestigious universities when they leave. There are also many excellent state schools, three of which award scholarships through HMC Projects. Scholarships to state schools can only be offered to students from countries in the EEA. How did English evolve? - Kate Gardoqui. This is a great story. 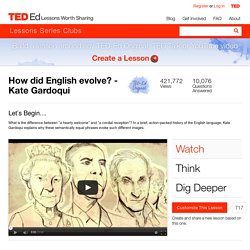 But really, I made it sound way more simple than it really is. You probably have some questions already, if you’re a critical sort of person. Like: If the Angles, Saxons, Jutes, and Friesians all conquered areas of Celtic Britain, why is it that England is called England (which comes from Angle-land, the Land of the Angles) and not Saxonland or Juteland? If Old English has not been spoken since before the twelfth century, how do we know what it sounded like? When and how did Old English become the modern language that we speak today?

Clearly, there is way more to it. Where did English come from? - Claire Bowern. There are two other TED-Ed lessons related to this topic: How languages evolve and How did English evolve? 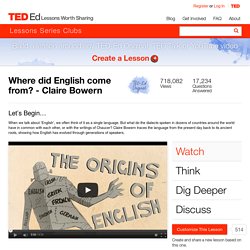 (a lesson that fills in some of the details that we omit here due to the fact that the focus of this lesson was further in the past). There is still a great deal of debate about Indo-European, most importantly about the location of the homeland. To read more about this debate, there are classic books by Mallory and Renfrew, as well more recent works by Anthony. Then, read these articles by Bouckaert et al. At the same site, watch this movie that shows one hypothesis about how Indo-European languages expanded. 23 Classic British Dishes To Keep You Warm Through The Long, Dark Winter. How government works. Life in the UK. In this section: Geography The United Kingdom is made up of four separate countries: England, Wales, Scotland and Northern Ireland. 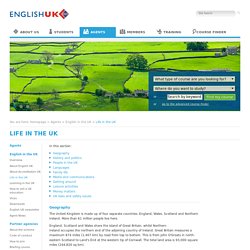 More than 61 million people live here. England, Scotland and Wales share the island of Great Britain, whilst NorthernIreland occupies the northern end of the adjoining country of Ireland. Great Britain measures a maximum 874 miles (1,407 km) by road from top to bottom. England is the largest of the four nations, and the most densely populated, especiallyin the South East. The weather varies according to region, although in general the UK has a mild and damp climate.

London is the capital of the UK and England, and our biggest city. Click here to go to the VisitBritain website for more information. back to the top History and politics Britain and the English language have been shaped by other cultures. The King had absolute power until a revolt among high-ranking citizens in 1215. Scotland and England were joined in an Act of Union in 1707.

Theatre History. The Queen turns 90: How to host a street party. Brits Protest Against A 'Sexist' Tampon Tax.