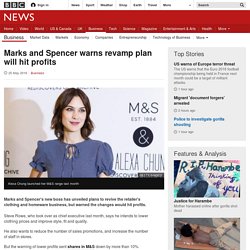 Steve Rowe, who took over as chief executive last month, says he intends to lower clothing prices and improve style, fit and quality. VisitBritain/VisitEngland. The Discover England Fund is a three-year staged fund from 2016-19 announced by the UK Government as part of last year’s spending review. 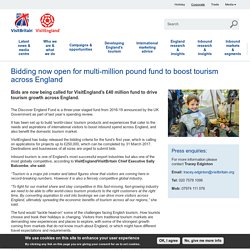 It has been set up to build ‘world-class’ tourism products and experiences that cater to the needs and aspirations of international visitors to boost inbound spend across England, and also benefit the domestic tourism market. VisitEngland has today released the bidding criteria for the fund’s first year, which is calling on applications for projects up to £250,000, which can be completed by 31 March 2017. Destinations and businesses of all sizes are urged to submit bids. Inbound tourism is one of England’s most successful export industries but also one of the most globally competitive, according to VisitEngland/VisitBritain Chief Executive Sally Balcombe, she said: “Tourism is a major job creator and latest figures show that visitors are coming here in record-breaking numbers. Tourism Minister David Evennett said: Where to watch best polo in England in 2015. 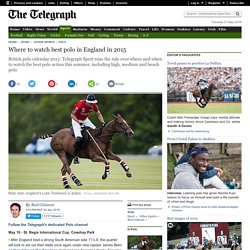 Every player dreams of winning the trophy launched by the father of British polo, the late John Cowdray. For the most dazzling play, the insider choice is the semi-finals on July 15, but no one should miss the final. This year it will be held on July 19. Www.cowdraypolo.co.uk. One Direction – The official website. Religions - Christianity: Church of England. Official Tower Of London Tickets, Events & History. Tower of London. Outstanding Universal Value Brief synthesis. 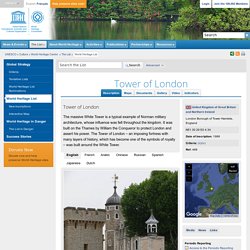 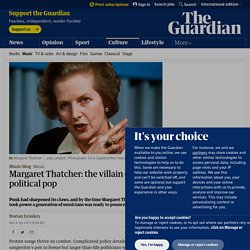 Complicated policy details may cause the songwriter's pen to freeze but larger-than-life politicians who polarise opinion enable the ink to flow. It is striking that, despite all the frustration and ferment of the punk era, nobody wrote a memorable song about Jim Callaghan. Politics and Punk Rock. "This song is not anti-American; it's anti-war," explained Billie Joe Armstrong, frontman of American pop-punk band Green Day, to the thousands of teenagers crowding the stage in London ("List of Anti-War Songs"). 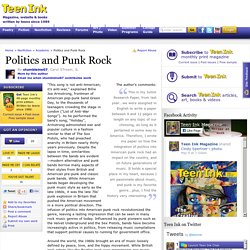 As he performed the band's song, "Holiday", Armstrong admonished war and popular culture in a fashion similar to that of The Sex Pistols, who had preached anarchy in Britain nearly thirty years previously. Despite the lapse in time, similarities between the bands are evident—modern alternative and punk bands borrow many aspects of their styles from British and American pre-punk and classic punk bands. West Heslerton: Village goes up for sale for £20m. Image copyright Cundalls A village in North Yorkshire has gone on the market for a guide price of £20m. 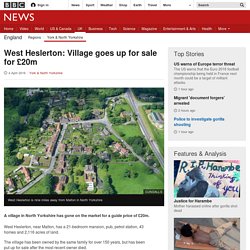 West Heslerton, near Malton, has a 21-bedroom mansion, pub, petrol station, 43 homes and 2,116 acres of land. The village has been owned by the same family for over 150 years, but has been put up for sale after the most recent owner died. Cundalls estate agents said it had already attracted interest "from far and wide". Eve Dawnay owned the estate until her death five years ago, with the family now deciding to sell. West Heslerton also has a church, primary school and a playing field with a pavilion. Half of London's tenants 'struggle to pay rent' More than half of London's private tenants are struggling to pay their rent, housing charity Shelter has said. 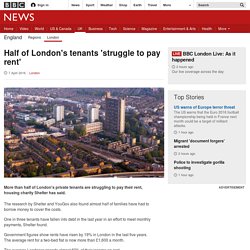 The research by Shelter and YouGov also found almost half of families have had to borrow money to cover the costs. One in three tenants have fallen into debt in the last year in an effort to meet monthly payments, Shelter found. Government figures show rents have risen by 19% in London in the last five years. The average rent for a two-bed flat is now more than £1,600 a month. The average Londoner spends almost 60% of their income on rent. Summer Safari Waterpark 'scam' removed from Facebook. Image copyright Facebook A waterpark event which prompted fears of a data mining 'scam' has been removed from Facebook for 'violating standards'. 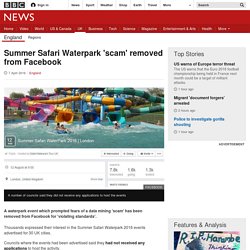 Thousands expressed their interest in the Summer Safari Waterpark 2016 events advertised for 30 UK cities. Councils where the events had been advertised said they had not received any applications to host the activity. Facebook confirmed the pages had been removed for violating community standards. Councillor Pat Karney from Manchester City Council had said the page "could be a scam". Tony Neate, chief executive officer at Get Safe Online, said: "Hopefully Facebook has taken some measures into preventing these fake event scams. "It's a group effort with these things, so the media, law enforcements, the government, Get Safe Online and companies like Facebook all need to work together with the public to put the right advice and processes in place to stop these scams from flourishing.