Sarah Kay: If I should have a daughter ... 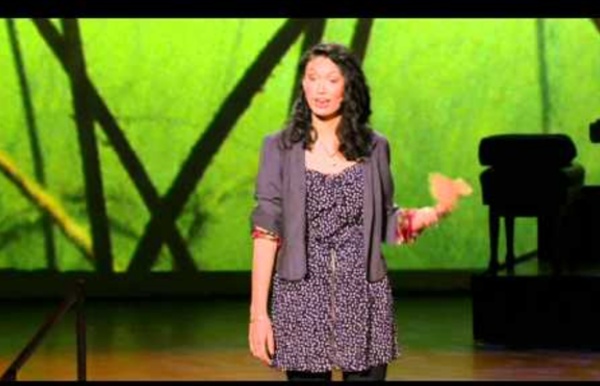 The Checkout - ABC TV Episode 8 Zoë Norton Lodge looks at which pet foods are Best In Chow with guest stars Cat Stevens and Rene Descat; Kirsten Drysdale gets taken for a ride when examining rip-offs in the hire car industry. Watch episode » My Top 10 Thrift Store Shopping Tips: How To Decorate on a Budget If there's one thing I love, it's saving money by decorating my old 1970's fixer upper with thrifty finds. You don't have to spend wads of cash to create a stylish home. In fact, you can create a really stylish home with thrift store junk.

‘Normal America’ Is Not A Small Town Of White People Earlier this week, Jim VandeHei, a former executive editor of Politico, wrote an op-ed article for The Wall Street Journal accusing the Washington political establishment of being out of touch with “normal America.” “Normal America is right that Establishment America has grown fat, lazy, conventional and deserving of radical disruption,” he wrote, citing his regular visits to Oshkosh, Wisconsin, and Lincoln, Maine, as his credentials of normality. More Economics It’s a familiar accusation in a year in which most presidential candidates are trying to pretend they have nothing to do with the coastal elite, and after one — Ted Cruz — spent weeks attacking “New York values.”

Will You Marry Me? It’s not a get-down-on-one-knee-in-public proposition, but I think it still counts as a public proposition, no? Out there for all the world to see, open to well wishes and ridicule and all? Regardless of unconventional format, though, I’m genuinely asking: will you? Just so you know, I’m not asking because I’ve got this dream wedding fantasy with swans and confetti in mind (though why not, we might as well go all out). I’ve actually always been terrified of getting married because I’ve seen so many people I love go through painful divorces and also the last thing I’ve ever wanted to do was be attached to someone, but you’re different.

Study: People with mental illnesses rarely commit violent acts BALTIMORE, June 7 (UPI) -- Despite media reference to people accused of committing violent crimes having mental illnesses, most people with the type of psychological conditions the reports mention are not generally violent, according to a recent study. Researchers at John Hopkins University found in a review a large sample of two decades worth of media reports on mental health and mass shootings that the reports rarely talked about successful treatment of patients, in addition to linking mental health to violence far more often than appears to be necessary. The negative stories have added to fears of people with mental illness and reinforce social fears about people who have depression, schizophrenia, anxiety or other conditions.

Why I Want To Live In The 19th Century When I was doing research for my dissertation at the New-York Historical Society, a giant repository for every historical event to ever happen in New York, I realized that the 19th century was so freaking hot. Everything we know, everything we’re used to, emerges in some small way from something that happened in the 19th century. There’s almost nothing more 19th century than the old Waldorf=Astoria hotel. It’s big, opulent, and if you were seen there, you were definitely somebody, or at least pretending to be somebody.

How to Write a Narrative Essay: 14 Steps Edit Article Four Parts:Choosing a Good TopicWriting a DraftRevising Your EssaySample Essay Narrative essays are commonly assigned pieces of writing at different stages through school. Typically, assignments involve telling a story from your own life that connects with class themes. It can be a fun type of assignment to write, if you approach it properly. Learn how to choose a good topic, get a solid rough draft on paper, and revise your narrative essay.

More bang for DNA test bucks Making the most of your DNA testing dollars Here it is, DNA Sunday again at The Legal Genealogist. And the big news in genetic genealogy this week is the launch of autosomal DNA testing by Ancestry.com. Many in Nation Tired of Explaining Things to Idiots MINNEAPOLIS (The Borowitz Report)—Many Americans are tired of explaining things to idiots, particularly when the things in question are so painfully obvious, a new poll indicates. According to the poll, conducted by the University of Minnesota’s Opinion Research Institute, while millions have been vexed for some time by their failure to explain incredibly basic information to dolts, that frustration has now reached a breaking point. Of the many obvious things that people are sick and tired of trying to get through the skulls of stupid people, the fact that climate change will cause catastrophic habitat destruction and devastating extinctions tops the list, with a majority saying that they will no longer bother trying to explain this to cretins.