The Journey: A refugee's odyssey from Syria to Sweden. A kilometre inside the French border, Hashem Alsouki wonders whether he can leave the toilet yet. 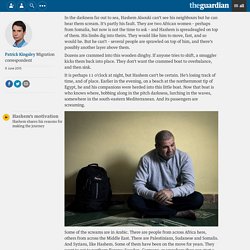 He went there to escape the police, but that was 10 minutes ago. Have they left yet?

Childhood. Health. Human Development. Social Values. Terrorism. USA. UK. There are issues that really matter at this election. But Britain’s media are ignoring them. Political coverage is never more trivial or evanescent than during an election. 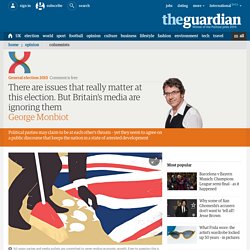 Where we might hope for enlightenment about the issues on which we will vote, we find gossip about the habits and style of political leaders, an obsession with statistically meaningless shifts in opinion polls and empty speculation about outcomes. Francis Maude warned by scientists over 'chilling effect' of new media rules. Francis Maude has been warned that changes to the civil service code threaten to stop thousands of publicly-funded scientists from expressing their views on some of the most pressing issues faced by modern society. 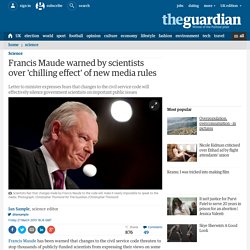 In a letter to the cabinet secretary on Friday, science organisations expressed their “deep concern” over recent amendments to the code, which demand that all civil servants, including government researchers, seek ministerial approval before they talk to the media. The Universal Declaration of Human Rights. Whereas recognition of the inherent dignity and of the equal and inalienable rights of all members of the human family is the foundation of freedom, justice and peace in the world, 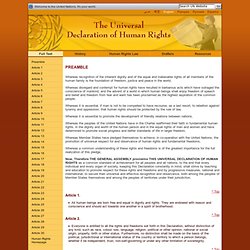 Liberty responds to Prime Minister's "British Bill of Rights" vow. Basic human needs - what are they really? July 18, 2014 // By: Anna Coote Social justice and environmental sustainability are twin goals of NEF’s work on a new social settlement, which explores the future of Britain’s welfare system in the face of rising inequality, accelerating climate change and a dysfunctional economy. 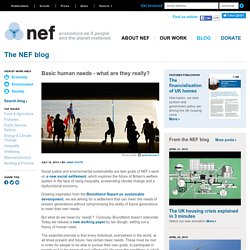 Drawing inspiration from the Brundtland Report on sustainable development, we are aiming for a settlement that can meet ‘the needs of present generations without compromising the ability of future generations to meet their own needs.’ But what do we mean by ‘needs’? Curiously, Brundtland doesn’t elaborate. Today we release a new working paper by Ian Gough, setting out a theory of human need. The essential premise is that every individual, everywhere in the world, at all times present and future, has certain basic needs. 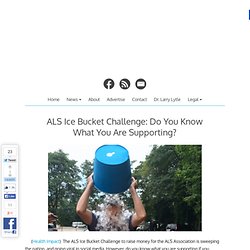 However, do you know what you are supporting if you contribute funds to the ALS Association? The ALS Association describes their “mission”: Established in 1985, The ALS Association is the only national non-profit organization fighting Lou Gehrig’s Disease on every front. Revolutionary Designer Uses Billboards To Give Homes To Homeless. We all walk and drive past billboards every single day of our lives, I recently found out about project Gregory the project aims to transform billboards into a dual purpose entity. 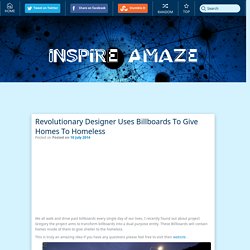 These Billboards will contain homes inside of them to give shelter to the homeless. This is truly an amazing idea if you have any questions please feel free to visit their website . What If Community Developers Held a Congress and Everyone Showed Up? Beware the small print that threatens all public land. Planning laws inhibit prosperity. 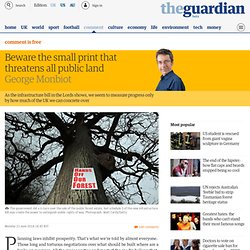 That's what we're told by almost everyone. Those long and tortuous negotiations over what should be built where are a brake on progress. Did Major Countries Agree Not to Disclose Key Details in Downing of Malaysian Airlines Flight 17? The End of the Capitalist Era, and What Comes Next  The capitalist era is passing... not quickly, but inevitably. 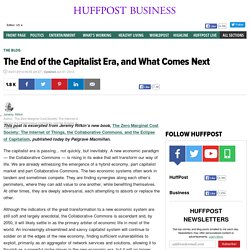 A new economic paradigm — the Collaborative Commons — is rising in its wake that will transform our way of life. We are already witnessing the emergence of a hybrid economy, part capitalist market and part Collaborative Commons. The two economic systems often work in tandem and sometimes compete. Conflicts Forum’s Weekly Comment, 1-7 August : Conflicts Forum. The Ancient philosophers perceived killing – and its opposite pole of living peacefully – as curiously closely related – they rested, these seemingly opposite poles, on a knife edge, with each able, in an instant to tip towards the other. 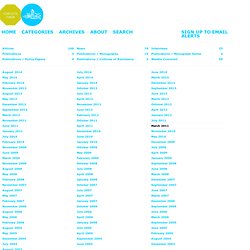 Or, in other words, that each (the killing and the enlivening mechanism) somehow is constituted by the other, and is inherent in each other. When human energies became distorted, they held, a vicious circle emerges: with heightened temperament producing volatility, volatility producing arbitrary and fluctuating intentions, frustrated intentions producing feelings, and inflamed feelings demanding the impulse to act (perhaps to kill). The key is in ‘the reversal’: the shift from the nihilistic to the enlivening. And ISIS threatens Saudi Arabia too: “The kingdom is calling in favours from Egypt and Pakistan. How Cities Can Be Designed to Help—or Hinder—Sharing by Jay Walljasper. City-dwellers are more likely than others to share housing, transit, and knowledge. Creating a new urban economy depends on valuing this interaction over individual consumption. posted Mar 28, 2014 This article is excerpted from Sharing Revolution, a publication of On the Commons.