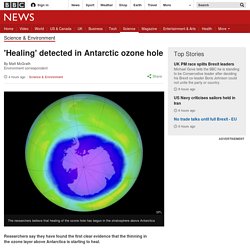 World’s most polluted cities announced by WHO. Polluted air causes 5.5m deaths a year new research says. Image copyright Reuters More than 5.5 million people worldwide are dying prematurely every year as a result of air pollution, according to new research. 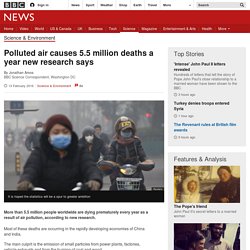 Most of these deaths are occurring in the rapidly developing economies of China and India. The main culprit is the emission of small particles from power plants, factories, vehicle exhausts and from the burning of coal and wood. The data was compiled as part of the Global Burden of Disease project. Scientists involved in the initiative say the statistics illustrate how far, and how fast, some nations must travel to improve the air their citizens breathe. 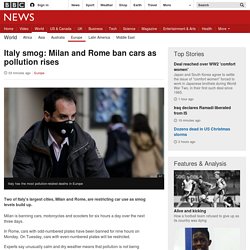 Milan is banning cars, motorcycles and scooters for six hours a day over the next three days. In Rome, cars with odd-numbered plates have been banned for nine hours on Monday. On Tuesday, cars with even-numbered plates will be restricted. Experts say unusually calm and dry weather means that pollution is not being dispersed. In Rome, cars deemed to be environmentally friendly, such as those with hybrid engines, are exempt from the ban.

Milanese authorities have introduced a special "anti-smog" all-day public transport ticket for €1.50 (£1.05; $1.65). The ban there will be in force for six hours a day until Wednesday, with drivers facing fines if they do not comply. India to ban old trucks and buses to curb pollution. Image copyright Reuters India will ban trucks and buses more than 15 years old to curb record pollution levels, the government says. 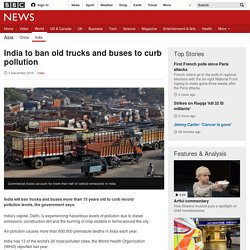 India's capital, Delhi, is experiencing hazardous levels of pollution due to diesel emissions, construction dirt and the burning of crop stubble in farms around the city. Air pollution - the 'invisible hazard' of the air on our streets - BBC News. Emissions from fossil fuels may limit carbon dating - BBC News. AA joins protest at government's green changes - BBC News. The Automobile Association (AA) has joined green groups in warning that recent changes in energy policy will harm the climate. 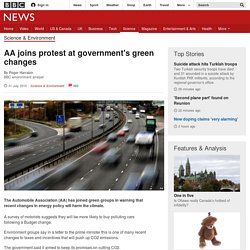 A survey of motorists suggests they will be more likely to buy polluting cars following a Budget change. Environment groups say in a letter to the prime minister this is one of many recent changes to taxes and incentives that will push up CO2 emissions. The government said it aimed to keep its promises on cutting CO2. However, it added that energy policy urgently needed revision. Carbon nanofibres made from CO2 in the air. Scientists in the US have found a way to take carbon dioxide (CO2) from the air and make carbon nanofibres, a valuable manufacturing material. 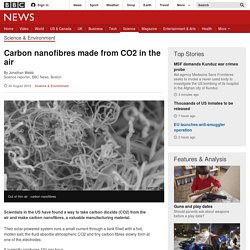 Their solar-powered system runs a small current through a tank filled with a hot, molten salt; the fluid absorbs atmospheric CO2 and tiny carbon fibres slowly form at one of the electrodes. It currently produces 10g per hour. The team says it can be "scaled up" and could have an impact on CO2 emissions, but other researchers are unsure. Nonetheless, the approach offers a much cheaper way of making carbon nanofibres than existing methods, according to Prof Stuart Licht of George Washington University. City grime 'breathes back out' polluting nitrogen gases - BBC News.

Scientists say the grime which clings to urban surfaces "breathes out" nitrogen gases when hit by sunlight. 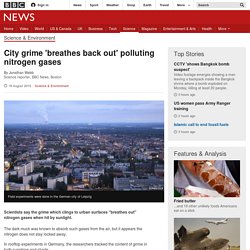 The dark muck was known to absorb such gases from the air, but it appears the nitrogen does not stay locked away. In rooftop experiments in Germany, the researchers tracked the content of grime in both sunshine and shade.