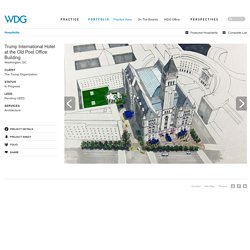 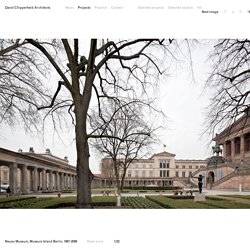 The Altes Museum (Old Museum) by Karl Friedrich Schinkel was completed in 1828, and then in 1841 King Friedrich Wilhelm IV of Prussia ordered his court architect, Friedrich August Stüler, to draw up a plan to develop the land behind the Altes Museum – hitherto used for commercial purposes – and create a ‘sanctuary for the arts and sciences’. Designed by Stüler, the Neues Museum (New Museum) became the first component of this visionary haven, and was erected between 1841 and 1859. The homeless and public space: urban policy and exclusion in Bologna. 1Academic studies (Mitchell 2001, 2003; Mitchell, Staeheli 2006; Busch-Geertsema 2006; Cabrera 2006; Győri 2006; Meert et al. 2006; Sahlin 2006; Doherty et al. 2008) reveal the emergence, in recent years, of a common trend in Western cities, albeit with relevant differences between American and European contexts (Wacquant 2001; Tosi 2007; Huey 2009): the increasing control of urban public space which leads to a spatial exclusion and to a restricted “right to the city” (Lefebvre 1970) of homeless people. 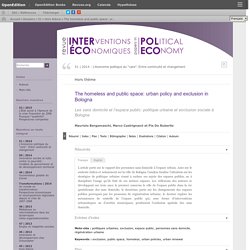 From zero tolerance policing to anti-social conduct by-laws, from privatization to militarization, from gentrification to sanitization, from pervasive surveillance to exclusionary urban design, each can be considered as an example of this trend. Home Dance Studio Ideas. Dance Studio Design Images & Pictures - Becuo. ‘Til Monday — Cocoon Home Design Cocoon Home. In-home dance studio This week’s ‘Til Monday image is of a full size dance studio in the Berkshires’ home we visited this past May. 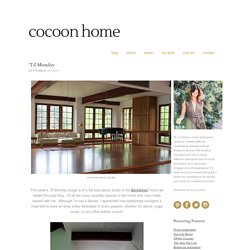 Of all the many beautiful spaces in this home this room really stayed with me. Although I’m not a dancer, I appreciate how satisfyingly indulgent it must feel to have an area solely dedicated to one’s passion, whether it’s dance, yoga, music, or any other artistic pursuit. hallway leading to dance studio. Modern Buttress. 11 Adelaide Street West, Toronto. Raheen Library at Australian Catholic University / Woods Bagot (499192) 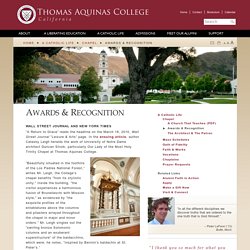 In the ensuing article, author Catesby Leigh heralds the work of University of Notre Dame architect Duncan Stroik, particularly Our Lady of the Most Holy Trinity Chapel at Thomas Aquinas College. The Bozzuto Group - Bozzuto. Bozzuto Celebrates 25th Anniversary A quarter century brings a lot of changes (and not just in hairstyles). 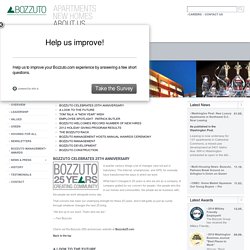 The Internet, smartphones, and GPS, for example, have transformed the ways in which we work. What hasn’t changed in 25 years is who we are as a company. A company guided by our concern for people—the people who live in our homes and communities, the people we do business with, the people we work alongside every day. That concern has been our underlying strength for these 25 years.

“We live up to our word. Wexler's on Behance. This restaurant occupies the interstitial space between a historic masonry façade and the 1980’s construction behind it on a narrow parcel in the heart of San Francisco’s financial district. 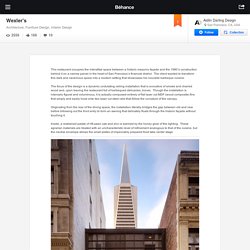 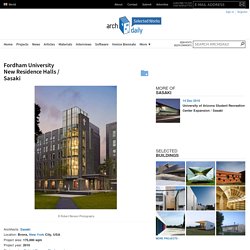 Sasaki undertook a master plan for the university with a special focus on residential life and student life. These investigations yielded a vision for an upper-classmen residential complex and a student life precinct that will combine a new campus center with all of the university’s recreational and athletic facilities. Sasaki provided the full range of services to Fordham including planning, architecture and landscape architecture. 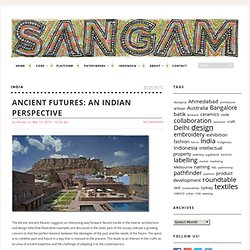 Recent trends in the interior architecture and design field (few illustrative examples are discussed in the latter part of this essay) indicate a growing concern to find the perfect balance between the ideologies of the past and the needs of the future. The quest is to combine past and future in a way that is relevant to the present.

This leads to an interest in the crafts as an area of ancient expertise and the challenge of adapting it to the contemporary. When I look at architecture books, journals or magazines, a dilemma comes to my mind: what are we trying to project here, particularly in the case of India? The architect’s signature buildings which follow the modern or contemporary idiom are already a major feature in the glossy magazines published across the world. Arkansas State Veterans Cemetery. The Arkansas State Veterans Cemetery at Birdeye is located along Crowley’s Ridge National Scenic Byway. 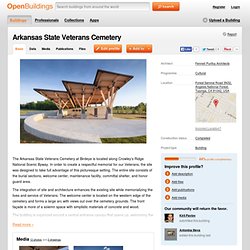 In order to create a respectful memorial for our Veterans, the site was designed to take full advantage of this picturesque setting. The entire site consists of the burial sections, welcome center, maintenance facility, committal shelter, and honor guard area. The integration of site and architecture enhances the existing site while memorializing the lives and service of Veterans. The welcome center is located on the western edge of the cemetery and forms a large arc with views out over the cemetery grounds. The front façade is more of a solemn space with simplistic materials of concrete and wood. Santa Barbara Hardscape Landscaping Services...Residential Hardscaping.

Get a Free Santa Barbara Hardscape Landscaping Estimate Today! Santa Barbara Landscape contractors offers specialized residential and commercial hardscape installation, maintenance and design services in Santa Barbara. Terra cotta Archives - The Masonry of Denver. I have been doing a lot of research on architectural terra cotta this year, focusing on terra cotta manufactured in the Denver area. Over the summer, I came across an article about Julius Peter ‘Pete’ Ambrusch, the lead sculptor at the Denver Terra Cotta Company from 1923 to about 1939. The article referenced a project that he worked on at the Colorado School of Mines, so I thought I’d drive over to see if I could identify which building he worked on.

HIPR Highlights: 4 Hotel Rooftops Ideal for Autumn. We have a confession: our favorite season to wine and dine on rooftops is not summer (with its blazing sun and our sweaty skin… no thanks). Instead, we much prefer the fall, when temps are crisp and the sun feels delightful instead of dreadful. Broadcasting Architecture Worldwide. Details. Since Lodi Memorial Hospital opened its doors in 1952, the hospital has evolved to meet the growing and changing needs of the community. Population growth, new technologies, privacy concerns and state seismic regulations all played a part in a capital campaign that resulted in the construction of a new four-story, 130,000-square-foot South Wing, offering 90 new patient beds, a new emergency department, an expanded birthing center and the latest diagnostic, imaging and medical technologies.

Providing generous informations about Canada’s culture, the exhibit space will allow thousands of resident visitors, tourists, school groups and families to draw inspiration from its magnificent architecture. Glassy Renovation Brings Natural Light into Canadian Museum of Nature KPMB Architects' glazed renovation of the Canadian Museum of Nature. The contrast between old and modern architecture can have beautiful and unexpected results. That is the case of the Canadian Museum of Nature, a 1912 Beaux Arts-style building that was recently renovated by KPMB Architects. Located in Ottawa, the building is Canada's oldest national museum, but with the renovation, it has shaken off its dusty image with a new glass tower, known as the Lantern, that fills the space with plenty of natural light.

Located in Ottawa, the Canadian Museum of Nature has a vast collection that includes 10 million specimens gathered over 150 years.