Home - BuildingGreen.com. Updated 3/20/2014 Live webcast: Why it costs less to save 60% energy than 20% All too often, what's good for building performance is seen as bad for the client's budget. 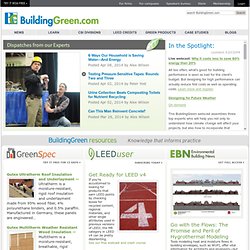 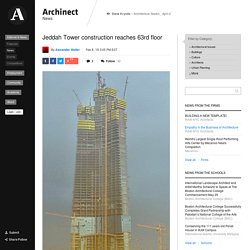 Image via Wikipedia. Construction of the world's tallest skyscraper in Jeddah is going ahead, the head of the consortium behind the $1.5 billion project said, despite the detention of some businessmen backing the plan in Saudi Arabia's crackdown on corruption. [...]Construction has reached the 63rd floor and the superstructure - the concrete shell and the cladding - is to be completed next year, Jomah said, adding that delays in some areas were inevitable because of technical challenges. — Arabian Business Progress on the soon-to-be tallest structure on earth has been troubled for a while, with the main contractor (and partial owner) Saudi Binladin Group going through a financial rough patch and, more recently, several project officials and royal family members being targeted by the country's anti-corruption crackdown. 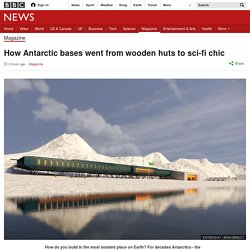 For decades Antarctica - the only continent with no indigenous population - hosted only the simplest huts as human shelters. But, as Matthew Teller finds out, architecture in the coldest, driest, windiest reaches of our planet is getting snazzier. mA-style architects.

1968. Website: News (Interested in a career in architecture?) Start by visiting ARCHCareers.org to learn the steps to becoming an architect including education, experience, and examination. 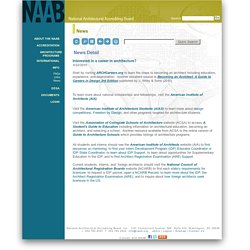 Another excellent source is Becoming an Architect: A Guide to Careers in Design 3rd Edition published by J. Wiley & Sons (2010). To learn more about national scholarships and fellowships, visit the American Institute of Architects (AIA). Visit the American Institute of Architecture Students (AIAS) to learn more about design competitions, Freedom by Design, and other programs targeted for architecture students. Visit the Association of Collegiate Schools of Architecture website (ACSA) to access A Student's Guide to Education including information on architectural education, becoming an architect, and selecting a school. Introduction to Greek architecture. For most of us, architecture is easy to take for granted. 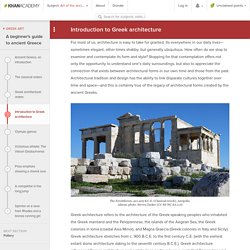 Its everywhere in our daily lives—sometimes elegant, other times shabby, but generally ubiquitous. How often do we stop to examine and contemplate its form and style? Stopping for that contemplation offers not only the opportunity to understand one’s daily surroundings, but also to appreciate the connection that exists between architectural forms in our own time and those from the past. Architectural tradition and design has the ability to link disparate cultures together over time and space—and this is certainly true of the legacy of architectural forms created by the ancient Greeks. Living walls and Vertical Gardens - Living Art. 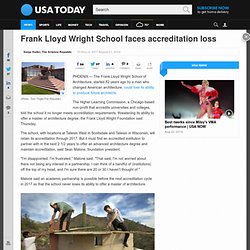 The Higher Learning Commission, a Chicago-based non-profit that accredits universities and colleges, told the school it no longer meets accreditation requirements, threatening its ability to offer a master of architecture degree, the Frank Lloyd Wright Foundation said Thursday. The school, with locations at Taliesin West in Scottsdale and Taliesin in Wisconsin, will retain its accreditation through 2017. But it must find an accredited institution to partner with in the next 2 1/2 years to offer an advanced architecture degree and maintain accreditation, said Sean Malone, foundation president. "I'm disappointed. Bing. Website: Home. Frank Gehry's Sydney business school completed ahead of 2015 opening. News: Frank Gehry has completed his first building in Australia – the Dr Chau Chak Wing building at Sydney's University of Technology, set to open in early 2015 (photos by Peter Bennetts). 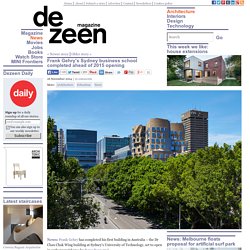 The 85-year-old architect, who is based in Los Angeles, designed the building to provide teaching, research and office accommodation for the UTS Business School, as part of £612 million overhaul of the university's facilities. Joining Denton Corker Marshall's recently completed engineering faculty on the university's city campus, just south of Sydney's Central Business District, the Dr Chau Chak Wing building has a partially wavy structure that has been likened to rumpled paper bags. These fluid shapes appear similar to those of Frank Gehry's previous buildings, like the Walt Disney Concert Hall and the Guggenheim Bilbao, but here they have been created using 320,000 custom-designed bricks that had to be laid by hand. 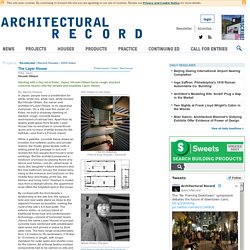