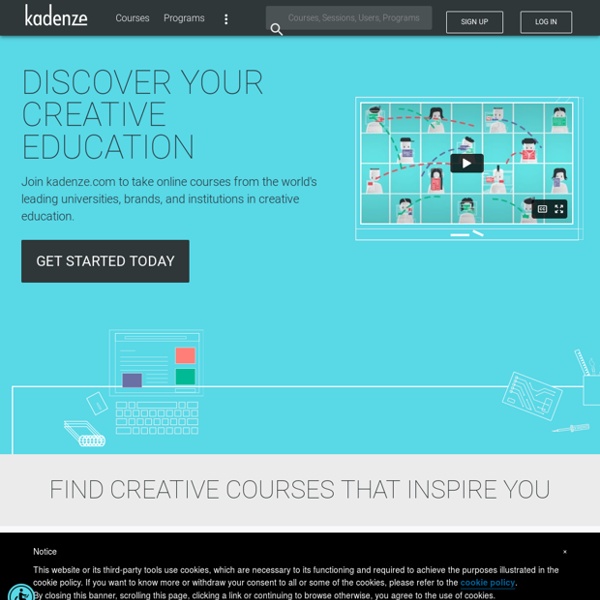 Computing Form and Shape: Python Programming with the Rhinoscript Library - an Online Programming Course at Kadenze Carl Lostritto conducts research and teaches in the area of computational design with an emphasis on drawing and media. He is currently Assistant Professor of Architecture at RISD. He previously taught architecture and design at The Boston Architectural College, The Catholic University of America, The University of Maryland, and The Massachusetts Institute of Technology. His teaching has spanned all levels of design curricula including introductory and advanced architectural studios, design seminars, and workshops.

Beginning Python Programming — Beginning Python Programming for Aspiring Web Developers Navigation Beginning Python Programming¶ for Aspiring Web Developers¶ Python's range() Function Explained Published: Tuesday 20th August 2013 Last Updated: Monday 8th December 2014 What is Python's range() Function? As an experienced Python developer, or even a beginner, you've likely heard of the Python range() function. But what does it do? Introduction to Python Classes (Part 1 of 2) Classes are a way of grouping related bits of information together into a single unit (also known as an object), along with functions that can be called to manipulate that object (also known as methods). For example, if you want to track information about a person, you might want to record their name, address and phone number, and be able to manipulate all of these as a single unit. Python has a slightly idiosyncratic way of handling classes, so even if you're familiar with object-oriented languages like C++ or Java, it's still worth digging into Python classes since there are a few things that are different. Before we start, it's important to understand the difference between a class and an object.

Python Lists - Google for Education Python has a great built-in list type named "list". List literals are written within square brackets [ ]. Lists work similarly to strings -- use the len() function and square brackets [ ] to access data, with the first element at index 0. Python Basic Syntax with Python by Dale Fugier This guide presents an overview of Python syntax. Overview Many scripting and programming languages, such as JScript, C#, and C++, make no attempt to match the code that is run with the actual physical lines typed into the text editor. Intro to Python Scripting: 02 Varibles and Input/Output OK, in this video we finally get to do a little Rhino, albeit a very little. We are building up in small steps, partly because it keeps the videos short and I think bite sized chunks are helpful in these intro videos. This video covers a couple of varible types and a little bit about naming conventions. We also look at getting info from the user via Rhino's command line. Simple stuff but it leads to good scripts later. We also cover a bit of string formatting in python.

ghPython – New component and parallel modules Just in time for Christmas… ghPython 0.6.0.3 was released this week and it has two new features that I’m really excited about. Download ghPython… A little background David Rutten was visiting the McNeel Seattle office in November to discuss future work on Grasshopper and Rhino. When David is in town it always gives me the chance to brainstorm with him and try to solve some of the features that users ask for. Two features that we commonly hear about are “how can I do what X component does, but through RhinoCommon/code?” A Practical Introduction to Python Programming A Practical Introduction to Python Programming © 2015 Brian Heinold Licensed under a Creative Commons Attribution-Noncommercial-Share Alike 3.0 Unported License Here is a pdf version of the book. I don't have solutions available for the exercises, but I have a separate set of exercises and solutions available here. Here is a quick reference guide. Text files needed for Chapter 12 and some exercises are available here.

Glossary — Conda documentation .condarc¶ The Conda Runtime Configuration file, an optional .yaml file that allows you to configure many aspects of conda, such as which channels it searches for packages, proxy settings and environment directories. A .condarc file is not included by default, but it is automatically created in your home directory when you use the conda config command. The .condarc file can also be located in a root environment, in which case it overrides any .condarc in the home directory. For more information, see Using the .condarc conda configuration file and Administering a multi-user conda installation. Pronounced “conda r-c”.

Rhino.Python 101 with unset You’ve just opened the first edition of the Rhino Python primer. This guide was originally written by David Rutten for Rhino 4 and VBscript and has now been translated to encompass Python for Rhino 6. As always, this primer is intended to teach programming to absolute beginners, people who have tinkered with programming a bit or expert programmers looking for a quick introduction to the methods in Rhino. Rhinoscript (VBscript) has been supported for many years, with a large user group and extensive support material. As well as giving a basic introduction, this primer looks to easily transition those familiar with VBscript into the world of Rhino Python. For this reason, David Rutten’s original primer has been used extensively as the underlying framework for this Python Primer.

GetObject Home > RhinoScript Methods > Selection Methods > GetObject Prompts the user to pick, or select, a single object. Syntax Rhino.GetObject ([strMessage [, intType [, blnPreSelect [, blnSelect [, arrObjects ]]]]]) Parameters The Python Standard Library — Python 2.7.10 documentation While The Python Language Reference describes the exact syntax and semantics of the Python language, this library reference manual describes the standard library that is distributed with Python. It also describes some of the optional components that are commonly included in Python distributions. Python’s standard library is very extensive, offering a wide range of facilities as indicated by the long table of contents listed below.