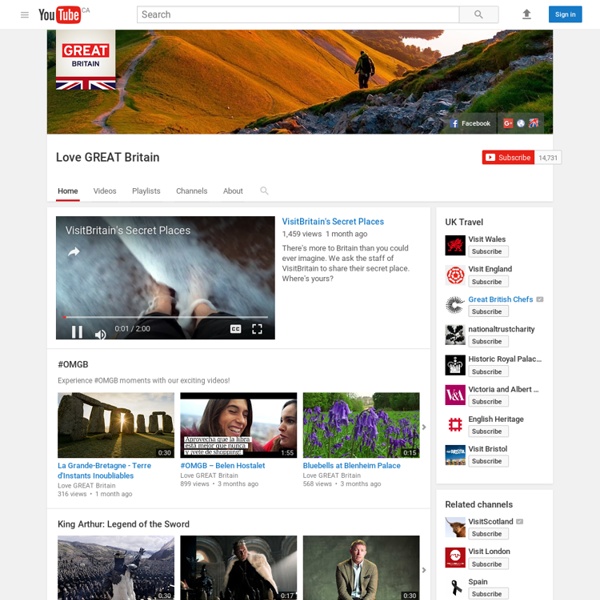 150 Years of The Tube You are going to listen to a radio clip about the London Undergrounddo a comprehension activity Discuss Does your city have a metro or underground railway?How old is it?Have you ever been on the Tube in London?What do you know about it? Let's talk about the UK (still with Scotland) At the beginning of the new school year teachers usually explain to their students what they are going to study. Sometimes efl teachers not only teach grammar but also British culture, so one of the first cultural topics they discuss with their students are the geography of the UK and its form of government. Here you can find an interactive mindmap, a digital poster and a collection of useful websites, just to simplify the work. Click on the Glogster digital poster below, you will find general information about the United Kingdom and some videos. Now take a look at my Cacoo mindmap below about the UK form of government. I have edited it with Thinglink to make it interactive.

Geography of the UK The official title of the UK is the United Kingdom of Great Britain and Northern Ireland . Great Britain (the formerly separate realms of England and Scotland, and the principality of Wales. ) Northern Ireland (also known as Ulster) Numerous smaller islands including the Isle of Wight, Anglesey, and the Scilly, Orkney, Shetland, and Hebridean archipelagos. The UK is an island nation in Western Europe just off the coast of France. Free books: 100 legal sites to download literature The Classics Browse works by Mark Twain, Joseph Conrad and other famous authors here. Classic Bookshelf: This site has put classic novels online, from Charles Dickens to Charlotte Bronte.The Online Books Page: The University of Pennsylvania hosts this book search and database.Project Gutenberg: This famous site has over 27,000 free books online.Page by Page Books: Find books by Sir Arthur Conan Doyle and H.G. Wells, as well as speeches from George W.

Teenagers and UK culture Why bring UK culture to the teen classroom? We can introduce UK culture into the English classroom to help our students improve their English and at the same time learn about values and ways of doing things which may be different to theirs. Learning about life and culture in the UK can be very motivating as it brings the language alive for learners and creates a link between language and real life. See if you agree with these comments from teachers on teaching UK culture to their teenage learners:

FASTEN SEAT BELTS 2 - Travel by Continent - Europe Fasten Seat Belts, a light hearted guide to avoid misunderstandings while travelling. An innovative way to learn languages and pick up cultural tips. Travel by Continent / Europe In the Netherlands, it is the custom on someone's birthday to... Gifts, Miscellaneous, Do's & Don'ts, Netherlands Britain is GREAT The GREAT Britain campaign showcases the very best of what Britain has to offer. We welcome the world to visit, study and do business with the UK. Business The UK’s dynamic economy and business-friendly environment make it a great place to locate and expand your business.

British Royal Family Arms Royal Coat of Arms The main element of the Royal Arms is the shield which is divided into four quarters (see diagram). The three golden lions on a red background, symbolising England, occupy the first and fourth quarters. The Arms of Scotland, a red lion rearing on its hind legs inside a red border, are in the second quarter, and the Arms of Ireland's golden harp with silver strings on a blue background - are in the third quarter. The lion and the unicorn supporting the shield represent England and Scotland respectively. They stand on a small frame called the compartment which sometimes incorporates the plant emblems of Scotland (thistle), Ireland (shamrock) and England (rose). 6 Platforms to Create Augmented Reality When most people first try augmented reality(AR) in education, they start with applications that have the AR content already built into the app. Apps like AR Flashcards, PBS Kids CyberChase Shape Quest, and Crayola Color Alive have this, and are a great way to get your feet wet. As educators, we know the power of creation. Hopefully one of the following 6 platforms will help you and your students dive in to creating your own augmented reality! The first creation platform is from our friends at DAQRI!

Boxing Day - DreamreaderDreamreader Audio Player On December 26th, many countries have Boxing Day. What is Boxing Day and why do we have it? First of all, Boxing Day happens in the United Kingdom, Canada, Australia, New Zealand, Jamaica, and several other former British colonies. It is not celebrated in the United States. Generally, Boxing Day is a national holiday. Bonfire Night The history The year was 1605 and some English Catholics were angry because the King of England, James the first, was treating them badly. In November 1605 a group of men made a plan to blow up the Houses of Parliament (the government buildings) in London. An enormous explosion was planned for November 5th. This was the day that the King was due to open parliament.