Britain is leading the charge against basic human rights, Amnesty claims - UK Politics - UK - The Independent. In its annual State of the World’s Human Rights report published today, Amnesty says the Coalition had rushed through legislation such as anti-terror measures and invasive surveillance powers without adequate time for parliamentary debate. 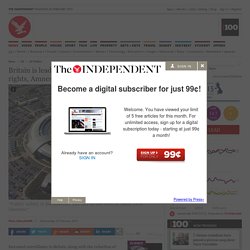 Stop changing laws behind closed doors, say experts. In a letter sent to William Hague, who heads up the Devolution committee set up by the Prime Minister following the Scottish referendum last month, academics, the heads of think-tanks and leading political organisations warn that "it is essential that people are given a say in the shape of our electoral system". 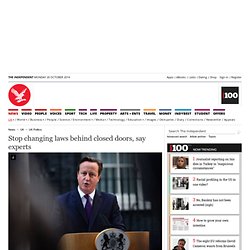 This follows warnings from largely Labour politicians that "English votes for English laws" reforms that are backed by Mr Cameron would turn Scottish MPs into "second class" representatives in the House of Commons. Signatories to the Hague letter, who include Electoral Reform Society chief executive Katie Ghose and Professor Vernon Bogdanor, the constitutional historian who was Mr Cameron's tutor at Oxford, want "every section of society" included in the discussion. Others have attacked the reforms as simply measures designed to placate Tory backbenchers concerned about further concessions to Scotland. Written evidence to this committee must be submitted this week. 9 out of 10 of the poorest regions in northern Europe are in Britain - 4bitNEWS.

Sale of the century: the privatisation scam. Train fares are going up. 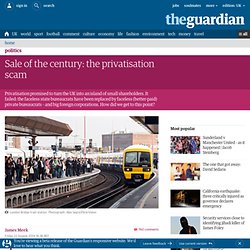 We learned that last week, although "learn" is putting it strongly. We knew they would. It's not as if they would go down: train fares go up, like electricity bills, gas bills, water bills, rent and chief executives' salaries. Child abuse scandal raises disturbing questions about UK establishment. Almost 500,000 public sector jobs face axe as blunder by Danny Alexander reveals scale of Government cuts.

NHS. Conservatives promise to scrap Human Rights Act after next election. The home secretary told the Conservative party conference people facing deportation from the UK will have their right to appeal severely restricted. 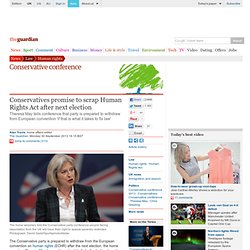 Cambridge microbiologist Robert Barlow dies penniless in Liverpool after his benefits were withdrawn - despite him needing a new heart. Robert Barlow. 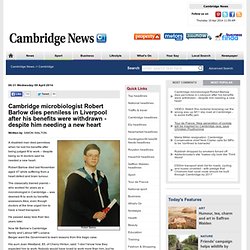 A disabled man died penniless when he lost his benefits after being judged fit to work – despite being so ill doctors said he needed a new heart. Robert Barlow died last November aged 47 while suffering from a heart defect and brain tumour. The classically trained pianist – who worked for years as a microbiologist in Cambridge – was deemed fit to work by benefits assessors Atos, even though doctors at the time urged him to have a heart transplant. He passed away less than two years later. What's that sucking sound? It's all the public money and private wealth being swallowed up by London. Last Friday, Westminster showed its love for Scotland by putting up an Old Etonian MP for a safe Tory Oxfordshire seat to speak at the Olympics velodrome, paid for by the British public but gifted to east London. 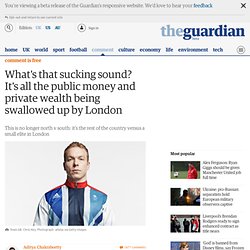 Truly, the Scottish Nationalists could ask for no better recruiting sergeant than David Cameron. Forget, if you haven't already, the prime minister's burblings about "brand Britain" and our apparent monopoly on creativity and ingenuity. Such speeches simply remind us of how the imaginations of Blair and Cameron have turned British history into a Richard Curtis movie from which we are struggling to escape.

Far more revealing was the tableau. Cameron and his aides chose their location as a reminder of the achievements of Chris Hoy and Team GB. You will see many other such moments between now and Scotland's vote on 18 September, even if not all of them are unwitting own-goals. Michael Gove's ideological vandalism of the education system. One of the conditions set upon publicly owned schools that become academies is that all of their property deeds must be signed over, for free, to the unaccountable pseudo-charities that take control of them. 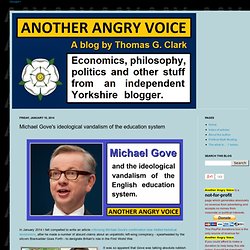 Ownership of of the publicly funded property (land, buildings & equipment) is transferred to the private sector pseudo-charity, with the public getting absolutely nothing in return. It is difficult to put the scale of this school giveaway bonanza into financial terms because (as far as I know) nobody has attempted to monitor the value of everything that has been simply given away. If we make a conservative assumption that the average value of land, buildings and equipment per school is something like £5 million, and multiply this figure by the 3,000 odd schools that have been simply given away for free, we get a ballpark figure of £15 billion.

Topslicing. This perverse Mark Duggan verdict will ruin our relations with the police. After hearing the verdict in the Mark Duggan inquest I went with his family and friends to a local church in Tottenham where we tried to share a private moment before facing the media. 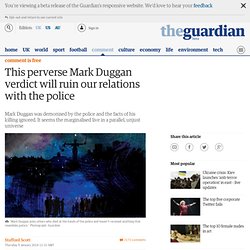 No Glory Open Letter. 2014 marks the hundredth anniversary of the beginning of the First World War. 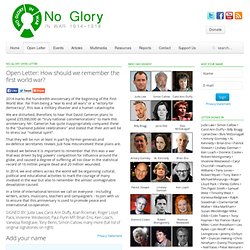 Far from being a "war to end all wars" or a "victory for democracy", this was a military disaster and a human catastrophe. We are disturbed, therefore, to hear that David Cameron plans to spend £55,000,000 on "truly national commemorations" to mark this anniversary. Mr. Cameron has quite inappropriately compared these to the "Diamond Jubilee celebrations" and stated that their aim will be to stress our "national spirit". That they will be run at least in part by former generals and ex-defence secretaries reveals just how misconceived these plans are. Instead we believe it is important to remember that this was a war that was driven by big powers' competition for influence around the globe, and caused a degree of suffering all too clear in the statistical record of 16 million people dead and 20 million wounded.

No Glory will not publish your email address nor will we pass it on to any third party. Why does the left ignore the true progressive party – the Greens?