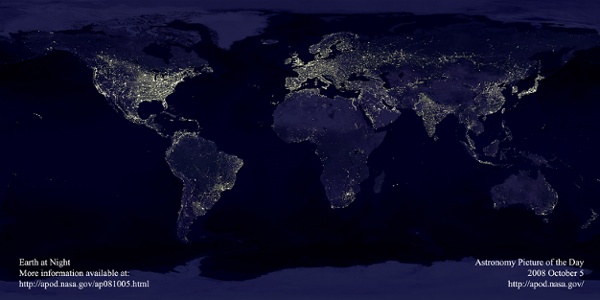 Amazingly Creative Drawing Vs Photography This wonderful work has done by a very talented Belgian painter, illustrator, portraitist, caricaturist and photographer Ben Heine. This creative artist was born in Abidjan, Ivory Coast. He Studied graphic arts and sculpture and I also have a degree in journalism. Lets take a look at some of his awesome works that he calls “Drawing Vs Photography” or “Imagination Vs Reality”. 8 Photoshop Tricks I Wish I Knew when I was a Student Graphics Photoshop is one of the (if not THE) most well known software used in the design industry when it comes to manipulating images and pixels. As a web designer I had some Photoshop lessons at school but that was 2 years ago.

Crystal River - The most beautiful river on earth [Pics] - StumbleUpon Cano Cristales - Crystal River. River of five colors, as the locals call it, originates in the south of the mountain chain Macarena, Colombia, and flows eastward to its confluence with the Guayabero river. In the Cano Cristales found five colors: yellow, blue, green, black and red. All of them are waste product of many algae and, depending on time of year, color saturation, or weakened or strengthened. 8 Things Everybody Ought to Know About Concentrating - StumbleUpon “Music helps me concentrate,” Mike said to me glancing briefly over his shoulder. Mike was in his room writing a paper for his U.S. History class.

The First Zombie-Proof House Somehow, ritual drunk-conversation concerning team captains for the apocalypse has become a major part of the lives of 20-somethings. Having been matured in the Grandaddy-crowned masterpiece film (put “A.M. 180” on and forget that you have a job) 28 Days Later and the best-selling Zombie Survival Guide, we’re all a little too ready to deal with the 2012 zombie apocalypse of our dreams. “The Safe House,” designed by KWK Promes, starts to get eerily close to something I could work with, if say 200 bludgeoned members of the undead army came over to eat their way into borrowing some sugar. “The most essential item for our clients was acquiring the feeling of maximum security,” begins the designers’ website in the summary of the structure. Who wouldn’t feel safe in a concrete rectangle that folds in upon itself to become completely sealed? Even the windows are covered with a slab of concrete when the structure is on nap time.

Please Don’t Promise Me Forever Imagine this: It’s 1976 and you’re dating a man named Rick. He has a mustache and owns at least one reindeer sweater. High off of reading The Easter Parade and The Great Santini, he’s all pumped up to write the next great American novel but, to make ends meet, he’s currently working for Hallmark. How To Cook Like Your Grandmother - StumbleUpon I’ve tried lots of brownie recipes: Boxes, scratch, frosted, plain, nuts, chips, fudge … Each of them has something to like, but depending on my mood I might want a change of pace. Not any more. My wife found this recipe, and it’s perfect. I’m done looking. This is the brownie recipe that I’ll use from now on. Ingredients

Dream Worlds Revealed On Canvas - StumbleUpon Along with some magnificent dreams, Jacek Yerka finds inspiration for his masterful paintings from his childhood memories: the places, remembered feelings and smells of 1950′s Poland. He studied fine art and graphic design before becoming a full time artist in 1980… and we’re glad he did. His paintings will take you through incredible worlds of imagination, bending reality in captivating and clever ways fit to inspire a novel or film.

Color me crazy - 10 best online color tools If you're tackling some graphic design project or maybe even your wall decor, getting color hints from ready made color templates from professional designers can be useful. Below are 10 of the better sites to help you out on your design challenge. ColorCombos - nice color palettes to choose from. If there's a particular website whose colors you want to snag, check out their "Grab Website Colors" engine. You just input the URL of the site you're reviewing and ColorCombos extracts the palette for you.

Depression Is Linked to Hyperconnectivity of Brain Regions, a New Study Shows Paralympian Oscar Pistorius broke down in court once again during his turn on the witness stand, as he remembered the night that he shot his model girlfriend, Reeva Steenkamp. The public has waited for over five weeks for a glimpse into the mind of South African Paralympian Oscar Pistorius, who is currently in the witness box in Pretoria’s North Gauteng High Court to provide evidence and defend himself in the murder trial of his girlfriend Reeva Steenkamp, whom he shot and killed on Valentine’s Day last year. The six-time gold medalist was scheduled to be sworn in at the beginning of March, but the trial was postponed due to the illness of one of the judge’s assessors.