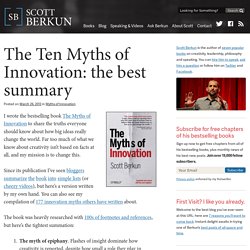 Far too much of what we know about creativity isn’t based on facts at all, and my mission is to change this. Since its publication I’ve seen bloggers summarize the book into simple lists (or cheezy videos), but here’s a version written by my own hand. Disrupt Yourself - Whitney Johnson. “Are you sure you aren’t making a mistake?” 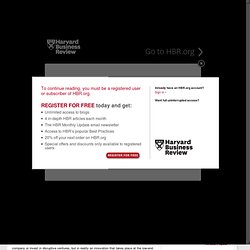 I had just announced to one of my dearest friends that I planned to walk away from Wall Street and my seven-figure salary. “Yes, I’m sure.” But was I? Years earlier, I had moved to New York City with a degree in music and a husband who was beginning a Ph.D. program. My first job, and the best job I could get, had been as a secretary at a brokerage house. In leaving Wall Street, I was not only walking away from the money that came with my position, but from a certain level of prestige and power as well.

Notwithstanding the considerable career and financial (I am the primary breadwinner) risks involved, it was time to leave my comfortable perch and become an entrepreneur. Six years into my mid-career move, here are some lessons learned from my personal disruptive trajectory: If it feels scary and lonely, you’re probably on the right track The term “disruptive innovation” has become an industry buzzword. Why Innovators Get Better With Age. In fact, many companies are intentionally reducing the average age of their work forces in an effort to save money. 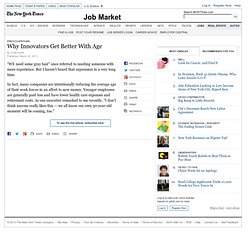 Younger employees are generally paid less and have lower health care expenses and retirement costs. As one executive remarked to me recently, “I don’t think anyone really likes this — we all know our own 50-year-old moment will be coming, too.” There is a surprising downside, however, to encouraging older workers to leave or, at some companies, pushing them out: Less gray hair sharply reduces an organization’s innovation potential, which over the long term can greatly outweigh short-term gains. The most common image of an innovator is that of a kid developing a great idea in a garage, a dorm room or a makeshift office.

This is the story of Mark Zuckerberg of Facebook, Bill Gates of Microsoft, and Steve Jobs and Steve Wozniak of Apple. Meet Your New R&D Team: Social Entrepreneurs - Robert Fabricant. By Robert Fabricant | 12:00 PM March 8, 2013 The smartest minds in social innovation are increasingly committed to engaging with the private sector to make significant changes in areas like health, education, and poverty. 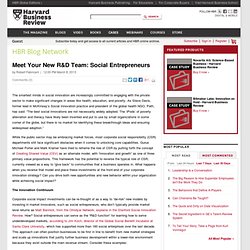 As Steve Davis, former lead in McKinsey’s Social Innovation practice and president of the global health NGO, Path, has said: “The best social innovations are not necessarily widely adopted. The ‘iPods’ of poverty alleviation and literacy have likely been invented and put to use by small organizations in some corner of the globe, but there is no market for identifying these breakthrough ideas and ensuring widespread adoption.” While the public sector may be embracing market forces, most corporate social responsibility (CSR) departments still face significant obstacles when it comes to unlocking core capabilities.

The Innovation Continuum. So You've Discovered the Importance of Good Design. Don't Make These Mistakes. It seems like famously engineering-centric cultures like Google are trying to integrate design thinking into their way of doing things. 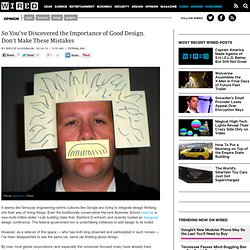 Even the traditionally conservative Harvard Business School now has a new multi-million-dollar I-Lab building (take that, Stanford D-school!) And recently hosted an inaugural design conference. The federal government too is undertaking initiatives to add design to its toolkit. 29 Ways to Stay Creative Infographic on Behance. Before You Innovate, Ask the Right Questions - Greg Satell.

Albert Einstein is often quoted (perhaps apocryphally) as saying, “If I had 20 days to solve a problem, I would spend 19 days to define it.” 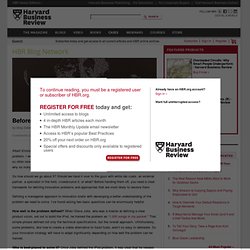 Innovation is a particularly sticky problem because it so often remains undefined. Neil Gaiman Addresses The University Of The Arts. View. There’s this great line by Ani Tenzin Palmo, an English woman who spent 12 years in a cave in Tibet: “We do not know what a thought is, yet we’re thinking them all the time.” gobyg It’s true. 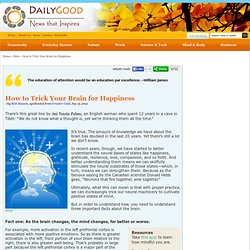 Ray Kurzweil On The Future. With companies like Google creating self-driving cars and augmented-reality glasses, futurist Ray Kurzweil's predictions are starting to sound much more realistic. 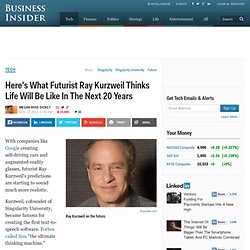 Kurzweil, cofounder of Singularity University, became famous for creating the first text-to-speech software. The Knowledge Flow - updated. Why Innovators Love Constraints - Whitney Johnson. By Whitney Johnson | 12:00 PM February 4, 2013 While dreaming and disrupting has unfettered me in many ways, it has shackled me in others. 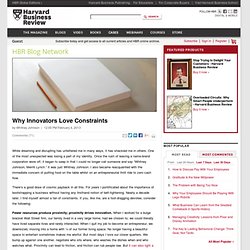 One of the most unexpected was losing a part of my identity. Once the rush of leaving a name-brand corporation wore off, it began to seep in that I could no longer call someone and say “Whitney Johnson, Merrill Lynch.”