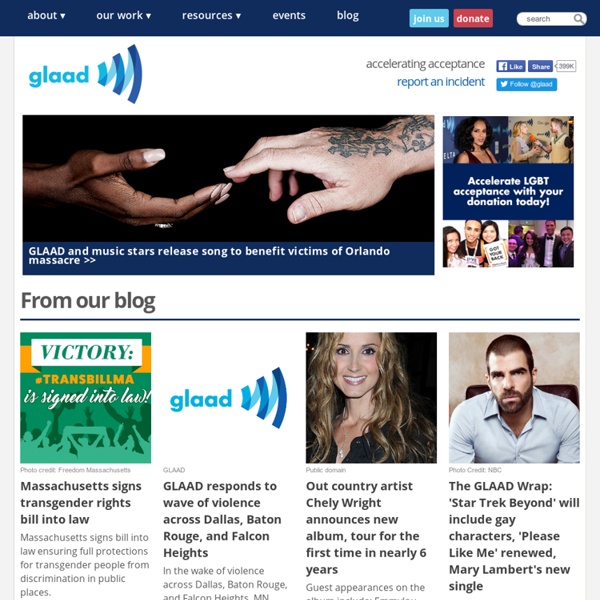 Bullying and LGBT Youth Lesbian, gay, bisexual, or transgender (LGBT) youth and those perceived as LGBT are at an increased risk of being bullied. There are important and unique considerations for strategies to prevent and address bullying of LGBT youth. Creating a Safe Environment for LGBT Youth Glossary of terms There is a wide variety of terms — often ambiguous, complex, and newly-coined ones — to describe trans experience and identities. Included among this list will be some fairly simple explanations; if a term is hotly debated, I will say so, and not bother to explain the details very clearly. I'm also taking the liberty of defining a few words that you're no doubt familiar with ("gender" and "sex" and so on, and other words like "pass" or "stealth"), as they may have connotations in the trans community that most people don't normally associate them with. Click one of the underlined letters below to take you to the beginning of that letter's particular section. An ally, in this context, refers to a cisgender (see below) person who fully supports the rights of trans people, treats their genders with respect, and actively helps work against transphobia.

LGBT News. Commentary. Perhaps even a fart joke. Allyship: first steps Allyship to trans people involves a number of different actions: some are necessary and relatively easy, while some require more commitment and activism. I will make several lists in order of priority. Some of these are behaviors that you must engage in to treat trans people respectfully; some are goals to aspire to, but they may take a while and require some more courage! Call people by their preferred name, pronouns, and label.