Barbara Lee Speaks for Me: Cut the Pentagon budget! Last year’s $746 billion Pentagon budget was the largest on record — and came at the expense of critical public health, education, and infrastructure spending. 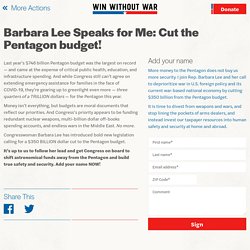 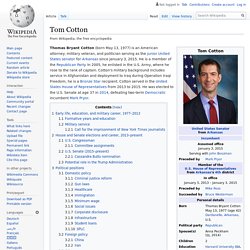 He left in 1999, saying that he found academic life "too sedentary", and instead enrolled at Harvard Law School.[4] Cotton graduated from Harvard Law School with a J.D. degree in 2002.[7] After finishing law school in 2002, he served for a year as a clerk for Judge Jerry Edwin Smith at the United States Court of Appeals for the Fifth Circuit. He then entered the practice of law, working at Gibson, Dunn & Crutcher for a few months to pay off his student loans, and later at the law firm of Charles J.

Military service[edit] In July 2010, Cotton transferred to the United States Army Reserve. Call for the imprisonment of New York Times journalists[edit] House and Senate elections and career, 2013–present[edit] Why Trump’s Iran Blunder Is a Turning Point. Certain moments alter our perceptions of not only the present and the future but also of the past. 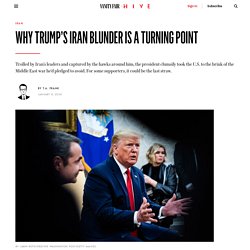 People forget how much Hurricane Katrina altered people’s perceptions of the Bush White House. Prior to that time, in late August of 2005, people tended to assume a basic level of competence from the executive branch, whether they hated or loved its chief. Trump's Iran Speech: This Is What a Madman Sounds Like. WASHINGTON — President Trump’s speech on Wednesday about Iran’s retaliatory missile strikes on two U.S. bases could be read in any number of ways. 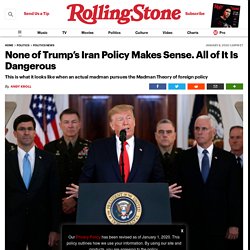 The mainstream papers will run with the raw news it contained: no American or Iraqi casualties from the attack, more economic sanctions on Iran, and that Iran “appears to be standing down.” But Trump’s 15-minute speech was also a glimpse into the addled mind of a commander-in-chief with no set of guiding principles and no clear idea where he wants to take the country and why. Flight PS752 passenger list – офіційний сайт МАУ (Україна) Last updated on January 8, 2020 at 14:00. 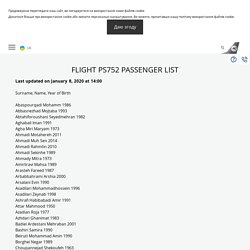 Al-Qaeda. Salafi jihadist organization Al-Qaeda (; Arabic: القاعدة‎ al-Qāʿidah, IPA: [ælqɑːʕɪdɐ], translation: "The Base", "The Foundation" or "The Database", alternatively spelled al-Qaida and al-Qa'ida) is a militant Sunni Islamist multi-national organization founded in 1988[36] by Osama bin Laden, Abdullah Azzam,[37] and several other Arab volunteers during the Soviet–Afghan War.[6] Al-Qaeda operates as a network of Islamic extremists and Salafist jihadists. 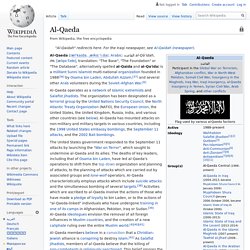 The organization has been designated as a terrorist group by the United Nations Security Council, the North Atlantic Treaty Organization (NATO), the European Union, the United States, the United Kingdom, Russia, India, and various other countries (see below). Al-Qaeda has mounted attacks on non-military and military targets in various countries, including the 1998 United States embassy bombings, the September 11 attacks, and the 2002 Bali bombings. Organization. Iran's strikes seem intended to avoid US deaths. Here's why that might be the case. Yet Wednesday morning's missile strikes against al-Asad airbase and Erbil airport -- both of which play host to US troops -- were clearly not an act designed to kill the most Americans possible. 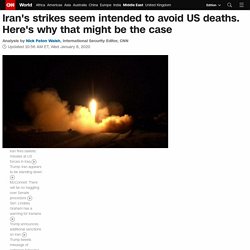 Iran will have known that the troops are normally asleep in the early hours of the morning. Choosing to attack then likely minimized the number of personnel roaming around the base who could be killed or injured. It will also have known the US has a strong air defense system that would have been on high alert. William C. Rogers III. Early life and career prior to 1988[edit] Commander Will C. 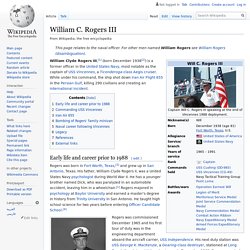 Rogers, 1981. Captain Rogers married Sharon (Loomis) Rogers, in Fort Worth, Texas on July 12, 1964.[1] They had one son born February 1969 named Will C. Rogers IV but known as Bill.[5] Commanding USS Vincennes[edit] Rogers was the second commanding officer of Vincennes and assumed command April 11, 1987. Iran Air 655[edit] Iran Air Flight 655. The reason for the shootdown has been disputed between the governments of the two countries. 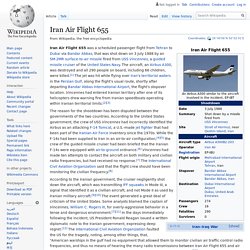 According to the United States government, the crew of USS Vincennes had incorrectly identified the Airbus as an attacking F-14 Tomcat, a U.S. Andrew Jackson in the Persian Gulf. What is the best of Jacksonianism? 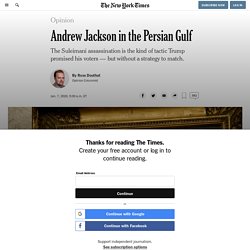 I would say it’s the capacity to identify and prioritize threats, an area where Wilsonians get way too expansive and ambitious (“make the world safe for democracy,” “an end to evil”), while Hamiltonians sometimes let realpolitik blind them to ideological enmities that can’t be negotiated away. To the extent that Trump’s foreign policy has been a useful corrective to his predecessors, and better than what other Republican candidates might have offered, it’s been because of his attempts at just such a prioritization. The execution has been, inevitably, Trumpy, but the goals — drawing down in Syria and Central Asia, confronting China while de-escalating with North Korea, burden-shifting to other NATO powers in Europe while keeping our relationship with Russia cool but short of Cold War hostility — are more strategically reasonable than the Bushian and Clintonite forms of interventionism that Trump campaigned against.

Iran threatens to hit US bases with medium- and long-range missiles. Iranian military forces have said they are prepared to use medium- to long-range missiles to attack US bases in the Middle East, in revenge for the assassination of the country’s most senior general, Qassem Suleimani. According to a report by the semi-official Tasnim news agency, Iran has prepared 13 scenarios for retaliation, and the secretary of Iran’s national security council said that even the most limited of the options would be a “historic nightmare” for the US. Ali Shamkhani told the news agency: “The 27 US bases that are closest to Iran’s border are already on high alert; they know that the response is likely to include medium-range & long-range missiles.” Observers said that the escalating military rhetoric may leave Iranian leaders with little option but to attempt a major counterattack, or else face an extraordinary loss of face.

The warnings have led US bases in Kuwait, Iraq, Jordan and Saudi Arabia to be placed on maximum alert status. The Choice That’s Coming: An Iran With the Bomb, or Bombing Iran. The costs of the United States’ targeted killing of Maj. For Trump, the Burden May Be Proving This Is Not the Moment His Critics Predicted. WASHINGTON — For three years, President Trump’s critics have expressed concern over how he would handle a genuine international crisis, warning that a commander in chief known for impulsive action might overreach with dangerous consequences.

In the angry and frenzied aftermath of the American drone strike that killed Iran’s top general, with vows of revenge hanging in the air, Mr. Trump confronts a decisive moment that will test whether those critics were right or whether they misjudged him. Killing Qassim Suleimani Was Illegal. And Predictable. Much of the discussion in the aftermath of the killing of Maj. Gen. Qassim Suleimani last week has focused on the legality of the attack: whether or not his death was carried out by “assassination” or “targeted killing.” Thread by @DavidPriess: THREAD: Soleimani’s death by itself *might* make the US safer; he was a figure of immense importance and influence. But any “we are safer” j… Some senior US officials say they are deeply opposed to the idea of targeting cultural sites in Iran. Thread by @rezamarashi: THREAD: Over the past few days, I've spoken extensively with career U.S. government officials as they've worked around the clock to try and…

Following the killing early Friday of Iran Maj. As Tensions With Iran Escalated, Trump Opted for Most Extreme Measure. Secretary of State Mike Pompeo and Vice President Mike Pence were two of the most hawkish voices arguing for a response to Iranian aggression, according to administration officials. Mr. Iran Ends Commitment to Landmark Nuclear Deal: Live Updates. Iran’s government said it was ending all its commitments under the 2015 nuclear deal and that it would no longer limit its enrichment of uranium.

Qasem Soleimani. Iranian senior military officer Qasem Soleimani (Persian: قاسم سلیمانی‎) (11 March 1957 – 3 January 2020) was an Iranian Major General in the Islamic Revolutionary Guard Corps (IRGC) and since 1998 commander of its Quds Force, a division primarily responsible for extraterritorial military and clandestine operations.[19] Soleimani was killed in a targeted U.S. airstrike on 3 January 2020 in Baghdad, Iraq. Also killed were Popular Mobilization Forces members. Suleimani Died as He Had Killed. A thread written by @rcallimachi: "1. I’ve had a chance to check in with sources, including two US officials who had intelligence briefings [...]"