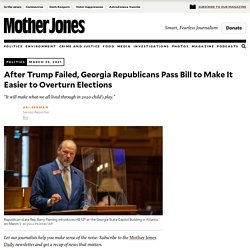 Jimmy Carter: U.S. Is "Oligarchy With Unlimited Political Bribery" Former president Jimmy Carter said Tuesday on the nationally syndicated radio show the Thom Hartmann Program that the United States is now an “oligarchy” in which “unlimited political bribery” has created “a complete subversion of our political system as a payoff to major contributors.” 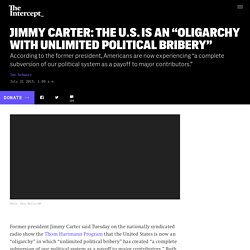 Both Democrats and Republicans, Carter said, “look upon this unlimited money as a great benefit to themselves.” Carter was responding to a question from Hartmann about recent Supreme Court decisions on campaign financing like Citizens United. Impeachment Would Defend Congress Against Trump. At Wednesday’s rally, Mr. 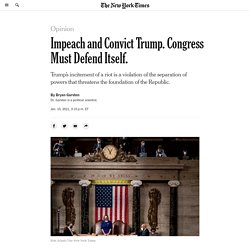 Trump gave some prepared remarks on the so-called evidence of election fraud, but he worried aloud that the crowd would be bored by those details. The more powerful thread running through his speech was an argument that constitutional constraints were forms of weakness, that Vice President Mike Pence and Congress should not be allowed to certify the election, and that it was time to take the gloves off and fight. 20 Lessons from the 20th Century About How to Defend Democracy from Authoritarianism: A Timely List from Yale Historian Timothy Snyder. Kicking the Trump habit - Nonzero Newsletter. Chris Hedges: Decline of US Empire, Liberal Class Suicide & Fascism.

The New York Times - Breaking News, World News & Multimedia. Grover Norquist. Early life[edit] At college, Norquist was an editor at the Harvard Crimson and helped to publish the libertarian-leaning Harvard Chronicle.[12] He was a member of the Hasty Pudding Theatricals. 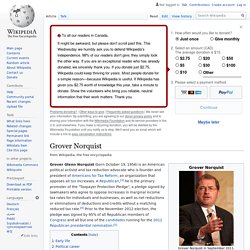 Norquist has said: "When I became 21, I decided that nobody learned anything about politics after the age of 21. "[11] He attended the Leadership Institute in Arlington, Virginia,[13] an organization that teaches conservative Americans how to influence public policy through activism and leadership.[14] Political career[edit] Early career[edit] Early in his career, Norquist was executive director of both the National Taxpayers Union and the national College Republicans, holding both positions until 1983. Norquist traveled to several war zones to help support anti-Soviet guerrilla armies in the second half of the 1980s. Americans for Tax Reform[edit] In 1993, Norquist launched his Wednesday Meeting series at ATR headquarters, initially to help fight President Clinton's healthcare plan.

How rioting and looting led to the birth of the U.S.A. - Originalpeople.org. BOSTON, MASSACHUSETTS IN the 1760s was a hotbed of radical political activity and the scene of constant violent protest against British colonial policy. 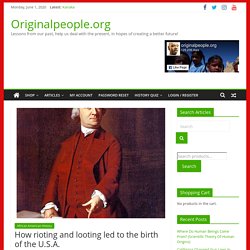 Much of the credit for the Revolutionary stance of Bostonians belongs to Sam Adams and a group that came to be known as his “Sons of Liberty” (or the “Boston Mob” as some called them). Adams, a Boston attorney and John Adams’ cousin, hardly seemed like a revolutionary. revolution. Trump is trying to kill the USPS as vote-by-mail becomes the best chance to save our democracy. Sign This Petition Target: U.S. 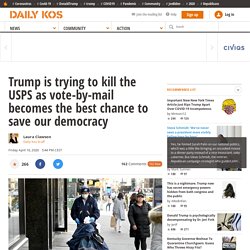 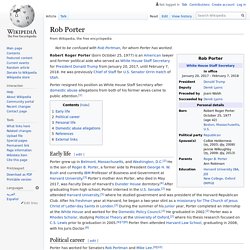 He was previously Chief of Staff for U.S. Senator Orrin Hatch of Utah. Porter resigned his position as White House Staff Secretary after domestic abuse allegations from both of his former wives came to public attention.[1] Early life[edit] Political career[edit] In March 2014, Porter began working for Senator Orrin Hatch. Personal life[edit] In 2003, Porter married Colbie Holderness;[14] they divorced in 2008 and she said he had physically abused her multiple times throughout their marriage.[15][14] In 2009, he married Jennifer Willoughby. Porter has been dating former White House Director of Communications Hope Hicks.[16]

Matt Schlapp. Matthew Aaron "Matt" Schlapp (born December 18, 1967) is an American political activist and lobbyist who is chairman of the American Conservative Union,[1] the oldest conservative lobbying organization in the country. 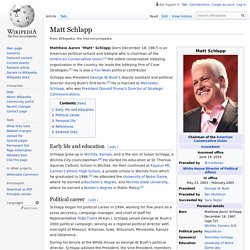 He leads the lobbying firm of Cove Strategies.[2] He is also a Fox News political contributor. Schlapp was President George W. Bush’s deputy assistant and political director during Bush's first term.[3] He is married to Mercedes Schlapp, who was President Donald Trump's Director of Strategic Communications. Early life and education[edit] Schlapp grew up in Wichita, Kansas, and is the son of Susan Schlapp, a Wichita City councilwoman.[4] He started his education at St. 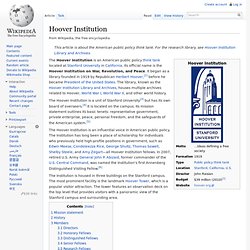 Its official name is the Hoover Institution on War, Revolution, and Peace. It began as a library founded in 1919 by Republican Herbert Hoover,[2] before he became President of the United States. The library, known as the Hoover Institution Library and Archives, houses multiple archives related to Hoover, World War I, World War II, and other world history. List of peace activists. Paul Krugman: March of the Peacocks. March of the Peacocks: Last week, the Center for American Progress, a think tank with close ties to the Obama administration, published an acerbic essay about the difference between true deficit hawks and showy “deficit peacocks.” 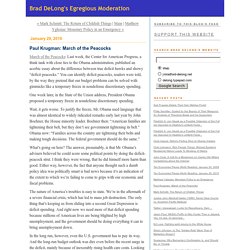 You can identify deficit peacocks, readers were told, by the way they pretend that our budget problems can be solved with gimmicks like a temporary freeze in nondefense discretionary spending. One week later, in the State of the Union address, President Obama proposed a temporary freeze in nondefense discretionary spending. Matt Taibbi: Flathead: The Peculiar Genius of Thomas L. Friedman. Flathead: I think it was about five months ago that Press editor Alex Zaitchik whispered to me in the office hallway that Thomas Friedman had a new book coming out. Kleptocracy. Government with exploitative rulers who seek to extend their personal wealth and power Kleptocracy (from Greek κλέπτης kléptēs, "thief", κλέπτω kléptō, "I steal", and -κρατία -kratía from κράτος krátos, "power, rule") is a government with corrupt leaders (kleptocrats) that use their power to exploit the people and natural resources of their own territory in order to extend their personal wealth and political powers.

List of The West Wing characters. The television series The West Wing is a political drama series which was originally broadcast on NBC. HuffPost is now a part of Verizon Media. You’ll Never Know Which Candidate Is Electable. List of Presidential Medal of Freedom recipients. Jacob Wohl. Thread by @AnandWrites: If your job is to explain politics, and you find yourself unable to fathom why real-change candidates have surged, why extreme capitalism is…