One Month Later: How California's Transgender Student Law Is Affecting Public Schools. One month after taking effect, California's new law allowing transgender students to use facilities and participate in programs that match their gender identities hasn't given rise to the horror stories predicted by the right-wing media, according to school officials around the state.

On August 12, Democratic Gov. Jerry Brown signed the School Success and Opportunity Act, extending to transgender students statewide rights that had already been recognized by large school districts like Los Angeles Unified School District. The passage of the law, which took effect on January 1, catalyzed a conservative misinformation campaign featuring the false claims that transphobic bullying is "not a big problem," that the law would allow bathroom "free-for-alls" with students exploiting the law to use opposite-sex restrooms, and that harassment would spike in restrooms and locker rooms. 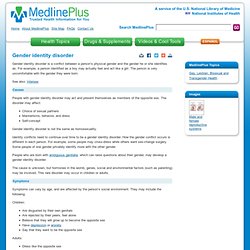 For example, a person identified as a boy may actually feel and act like a girl. The person is very uncomfortable with the gender they were born. See also: Intersex Causes People with gender identity disorder may act and present themselves as members of the opposite sex. Why The Transgender Community Hates HRC. Why does the transgender community hate HRC? 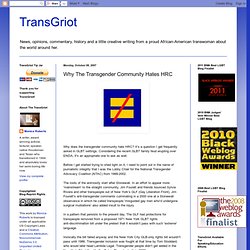 It’s a question I get frequently asked in GLBT settings. Considering the recent GLBT family feud erupting over ENDA, it's an appropriate one to ask as well. Before I get started trying to shed light on it, I need to point out in the name of journalistic integrity that I was the Lobby Chair for the National Transgender Advocacy Coalition (NTAC) from 1999-2002. The roots of the animosity start after Stonewall. In an effort to appear more 'mainstream' to the straight community, Jim Fouratt and friends bounced Sylvia Rivera and other transpeople out of New York’s GLF (Gay Liberation Front). In a pattern that persists to the present day, The GLF had protections for transpeople removed from a proposed 1971 New York GLBT rights anti-discrimination bill under the pretext that it wouldn’t pass with such 'extreme' language. 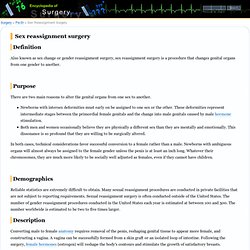 Purpose There are two main reasons to alter the genital organs from one sex to another. Media Reference Guide - Transgender Glossary of Terms. For additional resources on how to fairly and accurately report on transgender people, please see "In Focus: Covering the Transgender Community" and visit glaad.org/transgender. 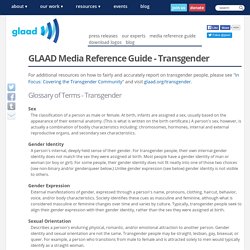 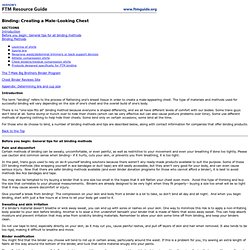 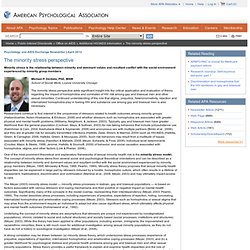 Dentato, PhD, MSW School of Social Work, Loyola University Chicago The minority stress perspective adds significant insight into the critical application and evaluation of theory regarding the impact of homophobia and correlates of HIV risk among gay and bisexual men and other sexual minorities. Lesbian, Gay, Bisexual, and Transgender Health. Goal. 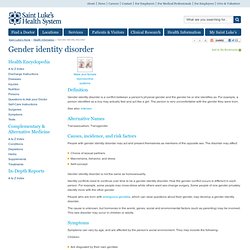 For example, a person identified as a boy may actually feel and act like a girl. The person is very uncomfortable with the gender they were born. HCA Healthcare. Diversity and Inclusion at HCA is significant to our core business of delivering healthcare excellence. 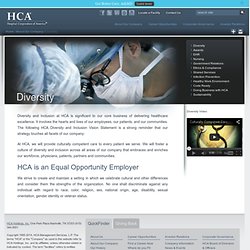 It involves the hearts and lives of our employees, our patients, and our communities. The following HCA Diversity and Inclusion Vision Statement is a strong reminder that our strategy touches all facets of our company: At HCA, we will provide culturally competent care to every patient we serve. Www.va.gov/vhapublications/ViewPublication.asp?pub_ID=2863. Medical Management of Adult Transsexual Persons: Drug Management for Male-to-Female Transition. California's Assembly Bill 1266 For Transgender Student Rights Signed By Governor Jerry Brown.

California Gov. Jerry Brown has signed a groundbreaking bill which will allow transgender youth to use whatever bathroom and participate on whichever sports team they believe matches their gender identity. As the Associated Press reported last month, California's Assembly Bill 1266 gives students in public K-12 schools the right "to participate in sex-segregated programs, activities and facilities" based on their self-perception, regardless of their birth gender. Although Massachusetts, Connecticut, Washington and Colorado have adopted policies designed to protect transgender students, California becomes the first state to address the issue with a statewide law, Fox News pointed out. News of Brown's Aug. 12 signing was confirmed in an email to HuffPost Gay Voices from Mark Snyder of the Transgender Law Center. Meanwhile, Brown's move quickly drew praise from the state's lesbian, gay, bisexual and transgender (LGBT) community.