Will Thirsty Californians Swallow the Pacific Northwest's Culture? During the 1930s, the Dust Bowl drove millions of people out of the Great Plains. 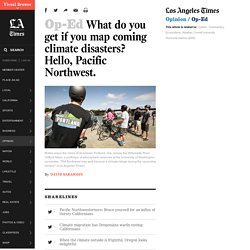 Thousands of the residents who left New Orleans after Hurricane Katrina never went back. Not that many thousands of years ago, shifts in Ice Age glaciers drew people from Siberia across a then-existing land bridge to spread through the Americas. So America has experienced climate migration before. How “Granny Flats” and Suburban Downtowns Are Creating a Different (and Better) Kind of Density by Jay Walljasper. Density has become a dirty word in some circles because people associate it with big, ugly buildings. 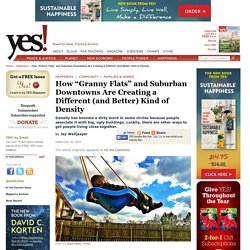 Luckily, there are other ways to get people living close together. posted Dec 30, 2014 This article originally appeared at On the Commons. Battle lines are shaping up across American cities and suburbs today over the issue of urban density. On one side stand neighbors and developers who explain that convenient transit, walkable communities, environmental protection, and continuing economic growth depend on welcoming more people per acre to our communities.

Declining malls offer prime suburban ground for building compact, attractive neighborhoods from scratch. The Rise and Fall of Wind Power in America. Back in the 1990s, wind turbines were a rare sight in the United States — and sprawling wind farms even rarer. 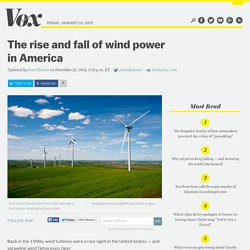 The wind boom may soon be coming to an end — or at least slowing down Things changed considerably in the years since. Thanks to a series of tax credits from Congress and renewable-energy mandates from the states, wind power expanded at a torrid pace. Last year, wind turbines produced 4.1 percent of America's electricity. Some states do even better — Iowa and South Dakota get a quarter of their electricity from wind. Race to Build on River Could Block Pacific Oil Route. Photo VANCOUVER, Wash. — Environmental passions, which run hot in the Northwest over everything from salmon to recycling, generally get couched in the negative: Don’t fish too much, don’t put those chemicals up the smokestack, don’t build in that sensitive area. 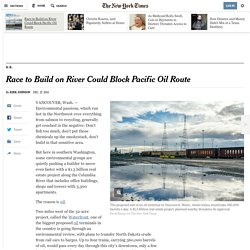 But here in southern Washington, some environmental groups are quietly pushing a builder to move even faster with a $1.3 billion real estate project along the Columbia River that includes office buildings, shops and towers with 3,300 apartments. The reason is oil. Two miles west of the 32-acre project, called the Waterfront, one of the biggest proposed terminals in the country is going through an environmental review, with plans to transfer North Dakota crude from rail cars to barges. How Native Americans have shaped the year's biggest environmental debates. This September, hundreds of thousands of Native Americans began receiving checks in the mail. 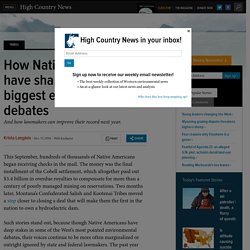 The money was the final installment of the Cobell settlement, which altogether paid out $3.4 billion in overdue royalties to compensate for more than a century of poorly managed mining on reservations. Weekend Reading 12/19/14. Ted Have you wondered why the cast, promos, and maybe even the audiences for the new hit movie “Wild” (based on the 2012 memoir by Cheryl Strayed) include so few nonwhite faces? 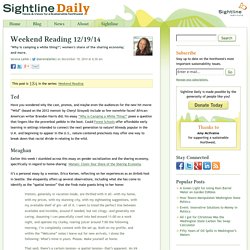 African-American writer Brandon Harris did; his essay “Why is Camping a White Thing?” Poses a question that lingers like the proverbial pebble in the boot. Could Forest Schools offer affordable early learning in settings intended to connect the next generation to nature? Already popular in the U.K. and beginning to appear in the U.S., nature-centered preschools may offer one way to break down that racial divide in relating to the wild. Meaghan Earlier this week I stumbled across this essay on gender socialization and the sharing economy, specifically in regard to home-sharing: Women: Claim Your Share of the Sharing Economy.

Oil Trains: The Industry Speaks for Itself. Regulating Coal Hazards in Seward, Alaska, and Beyond. Northwest communities faced with the prospect of new or expanded coal terminals would do well to study their real-life impacts in other places. 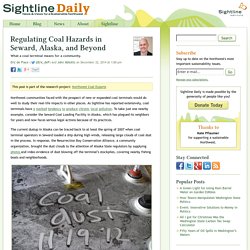 As Sightline has reported extensively, coal terminals have a marked tendency to produce chronic local pollution. How much do we spend on fossil fuels? Why 20 Is Plenty on Neighborhood Streets. Next time you’re in a car driving through a residential neighborhood, try this experiment. 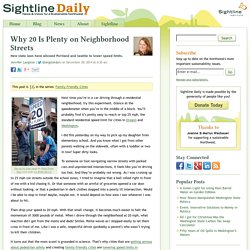 Glance at the speedometer when you’re in the middle of a block. You’ll probably find it’s pretty easy to reach or top 25 mph, the standard residential speed limit for cities in Oregon and Washington. 2014’s Five Fave Flashcards. The Top 14 of 2014. 2014 was a big year for Sightline, inside and out. 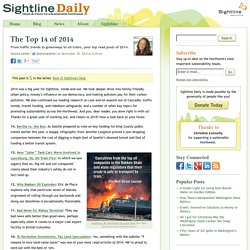 We took deeper dives into family-friendly urban policy, money’s influence on our democracy, and making polluters pay for their carbon pollution. We also continued our leading research on coal and oil exports out of Cascadia; traffic trends, transit funding, and rideshare safeguards; and a number of other key topics for promoting sustainability across the Northwest. And you, dear reader, you dove right in with us! Thanks for a great year of wonking out, and cheers to 2015!