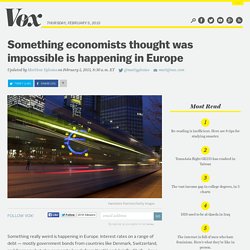 Interest rates on a range of debt — mostly government bonds from countries like Denmark, Switzerland, and Germany but also corporate bonds from Nestlé and, briefly, Shell — have gone negative. And not just negative in fancy inflation-adjusted terms like US government debt. It's just negative. As in you give Nestlé 100 euros, and four years later Nestlé gives you back less than that. In my experience, ordinary people are not especially excited about this. Indeed, the interest rate situation in Europe is so strange that until quite recently, it was thought to be entirely impossible. And yet it seems the impossible has happened. Why did economists think negative interest rates were impossible? Well think about it. The traditional view has always been that no one would. Where are negative interest rates happening? France’s Hollande Casts Fate With Ex-Banker Macron. French Economy Minister Emmanuel Macron got an earful in January from U.S. technology and retail executives as they lectured him in a meeting at the Venetian hotel in Las Vegas about France’s inhospitable business reputation. 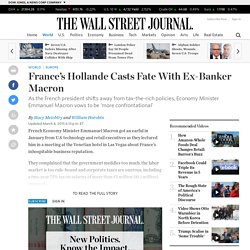 They complained that the government meddles too much, the labor market is too rule-bound and corporate taxes are onerous, including a two-year 75% tax on salaries of more than €1 million ($1.1 million) imposed by President François Hollande after his election in 2012. The 37-year-old Mr. Macron, a former investment banker who became France’s top economic official last August, folded his hands prayer-like and then responded with the message he had flown from Paris to deliver: “I agree with everything.” He added: “I think the 75% tax was a big mistake.” Mr. In February, Mr. Angry lawmakers retaliated by subjecting Mr. Under growing pressure By backing Mr. “I’m happy,” German Chancellor Angela Merkel said while standing beside Mr. 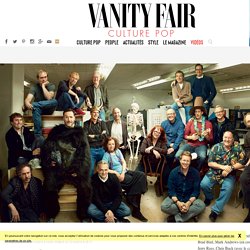 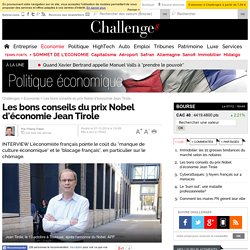 Is Harvard Unfair to Asian-Americans? Photo CAMBRIDGE, Mass. — NEARLY a century ago, had a big problem: Too many Jews. 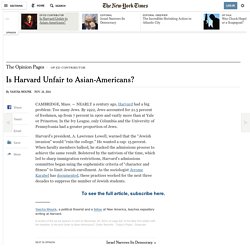 By 1922, Jews accounted for 21.5 percent of freshmen, up from 7 percent in 1900 and vastly more than at Yale or Princeton. In the Ivy League, only Columbia and the University of Pennsylvania had a greater proportion of Jews. Harvard’s president, A. Lawrence Lowell, warned that the “Jewish invasion” would “ruin the college.” A similar injustice is at work today, against Asian-Americans. A new lawsuit filed on behalf of Asian-American applicants offers strong evidence that Harvard engages in racial “balancing.” The most common defense of the status quo is that many Asian-American applicants do well on tests but lack intangible qualities like originality or leadership. Even leaving aside the disturbing parallel with how Jews were characterized, there is little evidence that this is true. 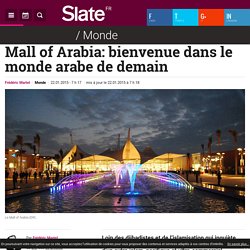 Rien de plus normal. Mais une pelouse verte? Des «Frozen Yogurts» roses? Obama has a plan to cut corporate tax rates that corporations are going to hate. Richard Rubin and Jonathan Allen at Bloomberg report that the Obama administration's budget will include a proposal to change the tax treatment of American companies' foreign profits. 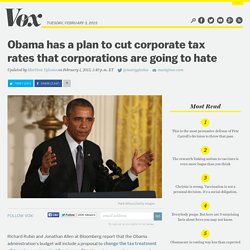 Were it to pass, these proposals would increase long-term tax revenue while lowering statutory rates, and also create a one-time surge in tax revenue that would finance infrastructure investments. The plan as described has, roughly speaking, three elements: A one-time 14 percent tax on stockpiles of cash being held in foreign tax havens.A forward-looking 19 percent tax rate on foreign profits.New measures to discourage tax avoidance.

To understand the significance and meaning of these measures, it's useful to start with a high-level view of how the status quo works. Current US global corporate taxation Under current law, in theory all American companies pay a 35 percent corporate income tax rate on all of their profits regardless of where the profits are earned. Here's how it works in practice. Obama's plan. Gérard Berry : « L’ordinateur est complètement con »