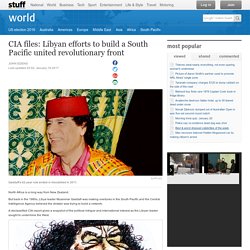 North Africa is a long way from New Zealand. Libya versus Goldman Sachs. A clever bank meets an unsophisticated customer with a huge pile of cash. 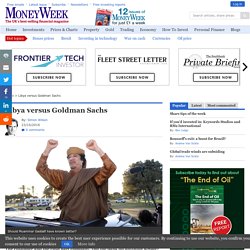 The customer and the cash part company. Did the bank do anything wrong? Simon Wilson investigates. Hillary’s email revelation: France and US killed Qaddafi for his gold and oil. With the recent release of Hillary Clinton’s emails by Wikileaks, the public now knows exactly how the North Atlantic Treaty Organization (NATO) went from a collective defense organization to the new Barbary Coast Pirates of imperialism. 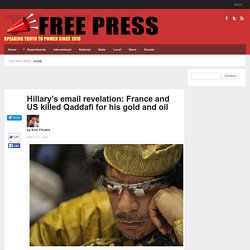 During the 2011 Libyan uprising, the United Nations Security Council passed Resolution 1973 which called for a ceasefire and authorized military action to protect civilian lives. A coalition formed, centered around NATO with the March 17, 2011 passing of the Resolution. Its purpose -- a so-called "no-fly zone" over Libya. The irony that the U.S. -dominated NATO military organization would be concerned with "protecting" Arab civilians is all too obvious since the United States is the nation most responsible for killing Arab civilians. Moussa Koussa and Bandar bin Sultan – LIBYA 360° In 2011, Michel Chussodovsky stated,“Moussa Koussa was “Our Man in Tripoli”. 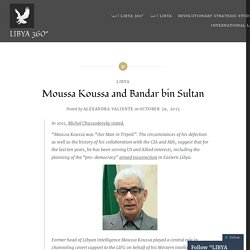 The circumstances of his defection as well as the history of his collaboration with the CIA and MI6, suggest that for the last ten years, he has been serving US and Allied interests, including the planning of the “pro-democracy” armed insurrection in Eastern Libya. Former head of Libyan intelligence Moussa Koussa played a central role in channeling covert support to the LIFG on behalf of his Western intelligence counterparts. La Stampa : Colpo di stato 1.9.1969. Tony Blair tried to protect Gaddafi from humiliation. Former British Prime Minister Tony Blair tried to save the regime of Libyan leader Muammar Gaddafi in 2011. 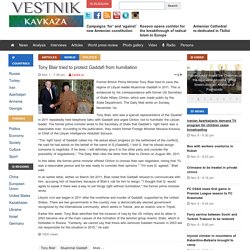 This is evidenced by his correspondence with former US Secretary of State Hillary Clinton, which was made public by the State Department, The Daily Mail wrote on Sunday, November 1st. Tony Blair, who was a special representative of the 'Quartet' in 2011 repeatedly held telephone talks with Gaddafi and urged Clinton ‘not to humiliate’ the Libyan leader. The former prime minister wrote to the Secretary of State that Gaddafi’s ‘right hand’ was a reasonable man. According to the publication, they meant former Foreign Minister Moussa Koussa, or Chief of the Libyan intelligence Abdullah Senussi. The Gaddafi I Knew  "Take up the White Man's burden-- Send forth the best ye breed-- Go, bind your sons to exile To serve your captives' need; To wait, in heavy harness, On fluttered folk and wild-- Your new-caught sullen peoples, Half devil and half child. 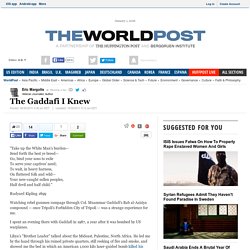 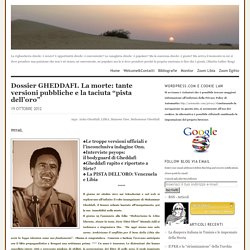 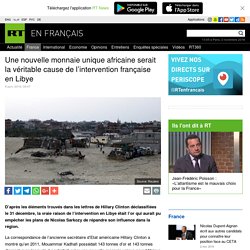 Hillary Emails Reveal True Motive for Libya Intervention. The New Year’s Eve release of over 3,000 new Hillary Clinton emails from the State Department has CNN abuzz over gossipy text messages, the “who gets to ride with Hillary” selection process set up by her staff, and how a “cute” Hillary photo fared on Facebook. 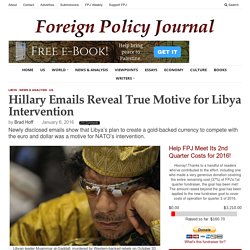 But historians of the 2011 NATO war in Libya will be sure to notice a few of the truly explosive confirmations contained in the new emails: admissions of rebel war crimes, special ops trainers inside Libya from nearly the start of protests, Al Qaeda embedded in the U.S. backed opposition, Western nations jockeying for access to Libyan oil, the nefarious origins of the absurd Viagra mass rape claim, and concern over Gaddafi’s gold and silver reserves threatening European currency. 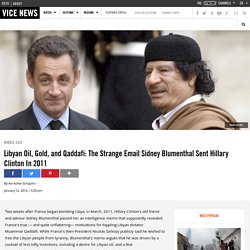