Bafta games: The Last of Us clears up at awards. 12 March 2014Last updated at 18:21 ET By Dave Lee Technology reporter, BBC News Naughty Dog team speak of their pride at the Bafta success of The Last of Us' Zombie thriller The Last of Us was the big winner at the video game Baftas, taking home the top prize of best game. 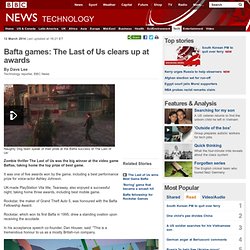 It was one of five awards won by the game, including a best performance prize for voice-actor Ashley Johnson. UK-made PlayStation Vita title, Tearaway, also enjoyed a successful night, taking home three awards, including best mobile game. Rockstar, the maker of Grand Theft Auto 5, was honoured with the Bafta Fellowship Award. Rockstar, which won its first Bafta in 1995, drew a standing ovation upon receiving the accolade. Mputer becomes first to pass Turing Test in artificial intelligence milestone, but academics warn of dangerous future - Gadgets and Tech - Life & Style. Computing pioneer Alan Turing said that a computer could be understood to be thinking if it passed the test, which requires that a computer dupes 30 per cent of human interrogators in five-minute text conversations. 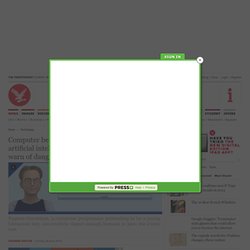 Eugene Goostman, a computer programme made by a team based in Russia, succeeded in a test conducted at the Royal Society in London. It convinced 33 per cent of the judges that it was human, said academics at the University of Reading, which organised the test. It is thought to be the first computer to pass the iconic test. Though there have claims other programmes have successes, those included set topics or question in advance. A version of the computer programme, which was created in 2001, is hosted online for anyone talk to. 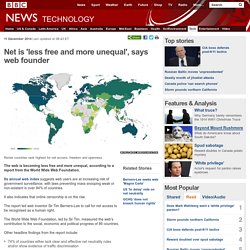 Its annual web index suggests web users are at increasing risk of government surveillance, with laws preventing mass snooping weak or non-existent in over 84% of countries. It also indicates that online censorship is on the rise. The report led web inventor Sir Tim Berners-Lee to call for net access to be recognised as a human right. The World Wide Web Foundation, led by Sir Tim, measured the web's contribution to the social, economic and political progress of 86 countries. 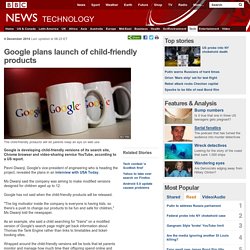 Pavni Diwanji, Google's vice-president of engineering who is heading the project, revealed the plans in an interview with USA Today. Ms Diwanji said the company was aiming to make modified versions designed for children aged up to 12. Tablet computers in '70% of schools' 2 December 2014Last updated at 20:03 ET By Sean Coughlan BBC News education correspondent Tablet computers have become more popular within education Almost 70% of primary and secondary schools in the UK now use tablet computers, according to research. 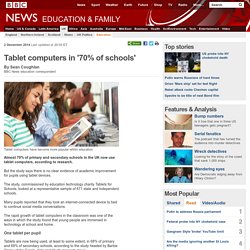 But the study says there is no clear evidence of academic improvement for pupils using tablet devices. The study, commissioned by education technology charity Tablets for Schools, looked at a representative sample of 671 state and independent schools. Many pupils reported that they took an internet-connected device to bed to continue social media conversations. Driverless cars set to be tested in four English cities. 3 December 2014Last updated at 13:04 ET Milton Keynes is set to begin tests of the Lutz self-driving pods next year The four English locations picked to test driverless cars have been named. 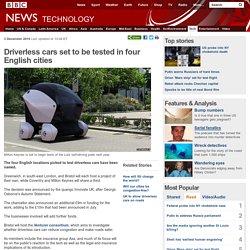 Greenwich, in south-east London, and Bristol will each host a project of their own, while Coventry and Milton Keynes will share a third. Eyeteq TV box helps colour-blind viewers. 3 December 2014Last updated at 10:29 ET By Dave Lee Technology reporter, BBC News Continue reading the main story The tech works by enhancing certain colours in an image. 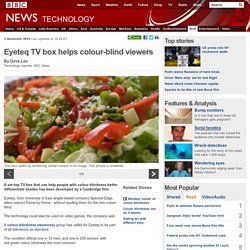 This picture is unaltered... ...but this image shows Eyeteq in action. For colour-blind people, the peppers are more distinct. Continue reading the main story. Victory against Vodafone for schoolteacher billed £15,000. The Welsh primary school teacher facing a £15,000 Vodafone bill for calls rung up by thieves after his handset was stolen in Barcelona will no longer have to pay – after we highlighted his plight and a barrister intervened on his behalf. 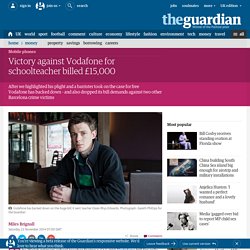 Last month the Guardian revealed how Vodafone was holding Osian Rhys Edwards liable for the bill, even though it was clear he was a victim of organised criminal gangs that routinely target tourists in the Catalan capital. The pickpocket who took his phone last August used it to make round-the-clock, multiple calls to premium-rate numbers until Vodafone staff barred the handset once the bill reached £15,000. The Dyson humidifier cleans your air with ultraviolet light. Dyson doesn't enter new product categories all that often, but today we're seeing the second in less than two months. 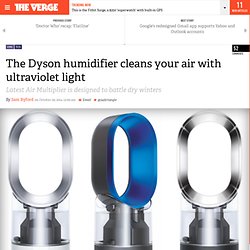 Following the September introduction of the 360 Eye robot vacuum, Dyson is now unveiling its first humidifier, simply called the Dyson humidifier. It'll look a lot more familiar than the 360 Eye, however; it's an evolution of the iconic Air Multiplier line of bladeless fans. Dyson says the emphasis is on hygiene and even distribution of air, with its humidifier cleaning water before blasting it into the room as mist. “Humidifiers are sometimes seen as a way to combat allergies and the symptoms of colds and the flu — but in reality many can do quite the opposite," says James Dyson. How Videogames Like Minecraft Actually Help Kids Learn to Read. Brecht Vandenbroucke Minecraft is the hot new videogame among teachers and parents. 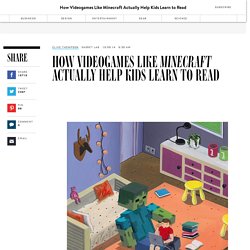 It's considered genuinely educational: Like an infinite set of programmable Lego blocks, it's a way to instill spatial reasoning, math, and logic—the skills beloved by science and technology educators. But from what I've seen, it also teaches something else: good old-fashioned reading and writing. How does it do this? The secret lies not inside the game itself but in the players' activities outside of it. Phone boxes turn green to charge mobiles. 2 October 2014Last updated at 08:26 ET WATCH: Solarbox's Harold Craston gives a tour of a box Disused phone boxes in London are being put to a novel use - as solar-powered charging stations for mobile phones. The first of six boxes was unveiled on Tottenham Court Road this week. The service is free to use although users will be shown adverts as they wait for their phone to charge. Thousands get 'Peter Pan virus' phishing email. The email invites people to open some e-tickets which it says are attached.

Photograph: Brownstock Inc/Alamy A warning has been issued about what has already become known as the "Peter Pan virus" after thousands of people received a scam email claiming they had booked tickets to see a pantomime in Bournemouth this Christmas. Hundreds of thousands of people across the UK and further afield are thought to have received the message, described as one of the most convincing examples yet of a phishing email designed to install malicious software – known as malware – on to the recipient's computer. Phishing emails typically purport to come from organisations such as banks or HM Revenue & Customs, but this one is different: claiming to be sent from ticketing company BH Live, it states that the recipient has booked nine tickets to the 7pm performance of Peter Pan at Bournemouth Pavilion on 23 December. Moshi Monsters boss Michael Acton Smith steps down. 11 July 2014Last updated at 09:31 ET By Dave Lee Technology reporter, BBC News Part of the challenge for the company is building up brands other than Moshi Monsters The boss of Mind Candy, the company known for children's social network Moshi Monsters, is to step down.

Michael Acton Smith, who has run the business for 10 years, said he wanted to focus on a "more creative role" rather than the day-to-day running of the firm. Divinia Knowles, currently chief operating and financial officer, will become president. A new chief executive will be announced at a later date, the company said. Emergency phone and internet data retention to be passed. Emergency powers to ensure police and security services can continue to access phone and internet records are being rushed through Parliament. Prime Minister David Cameron has secured the backing of all three main parties for the highly unusual move. He said urgent action was needed to protect the public from "criminals and terrorists" after the European Court of Justice struck down existing powers. Kudoso router only allows internet access after chores.

2 July 2014Last updated at 11:28 ET By Dave Lee Technology reporter, BBC News Kudoso only allows internet access when the chores are done A router that only allows internet access after household chores have been completed is being developed in the US. Kudoso allows parents to set a list of tasks that unlock minutes to be used online. BT apologises for broadband problem. Social media crimes 'at least half' of front-line policing. Complaints originating from social media make up "at least half" of calls passed on to front-line officers, a senior officer has told the BBC. Why does sexism persist in the video games industry?