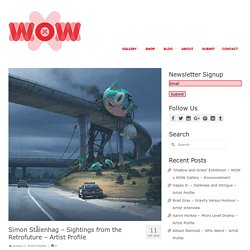 He is a Swedish artist, video game developer and musician, best known for his science fiction inspired paintings of retrofuturistic landscapes. He currently resides in Kungsholmen in Stockholm and was educated in game design at Future Games Academy. Stålenhag produces his paintings digitally using a computer and digital drawing board, in a style that mimics oil or acrylic painting. He has described his images as, “cultural Swedish landscapes from the 80-90’s, populated with robots and dinosaurs.” Simon Stålenhag grew up on the Mälaren islands outside Stockholm, and as a child became interested in painting, taking inspiration from landscape painters Gunnar Brusewitz and Lars Jonsson.

In August of 2013, American online magazine The Verge, published an article featuring Stålenhags paintings, which received over 50,000 shares on social media and was described by the Swedish newspaper, Svenska Dagbladet, as a “Swedish viral success”. Save. Brandon James Scott. Nan Lawson. Art by Thorhauge. Today's Inspiration: Winnie Fitch in the 1950s. Last year I posted some 1950s advertising art by a female illustrator of the mid-20th century named Winnie Fitch. 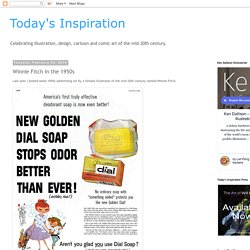 After doing some research online I was pleased to discover that Winnie Fitch has a website. I managed to get in touch with Winnie's family and a correspondence began. Not long thereafter, a large manila envelope arrived, bulging with black and white and colour copies of Winnie Fitch's work from all the different periods of her career. Also enclosed; some photos of Winnie and a letter detailing her career. Winnie's husband, musician and composer John Houston, kindly jotted down copious notes on the items he'd sent. Here's a wonderful shot of Winnie and her friend Jo Alice during their art school days... Just a year after graduating, Winnie Fitch was already hard at work in the industry. From the Leo Burnett Company's Chicago office, where she freelanced, Winnie produced charming illustrations for many of America's best known and favourite brands. ... 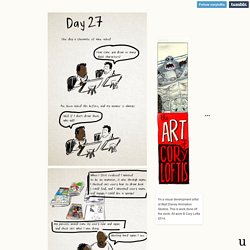 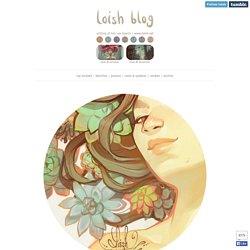 Apologies for my absence lately. i’m about to wrap up a long period of client work and will soon get the time to finish off some of the illustrations that have been lying on the shelf, as well as start a couple of new ones! Thanks so much for your patience and support :) WIP - so excited to finish this one, but it’s taking a long time… process video for this self portrait. Nikolas-ilic.tumblr. ELIOLI Art. The Art of Bobby Pontillas. Editorial Illustration. Matt Rockefeller.

High Resolution Little ‘knight’ self portrait made for the upcoming project 1001Knights organized by Kevin Stanton and Annie Stoll! 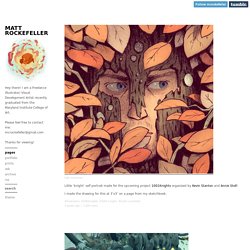 I made the drawing for this at 3″x3″ on a page from my sketchbook. Hey everyone! It’s been awhile since my last post… I’ve been hard at work on a ton of projects that I can’t quite share with you yet. Here are some previews of some pieces that I’ll be posting sometime in the next year.Top: preview of a new book cover! Brittney Lee. My last pre- APE post! 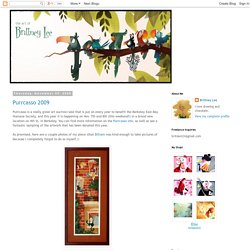 I've spent the last few weeks constructing 10 original mini-paper sculpts that I will be bringing with me to APE! Here they are: Top to Bottom, Left to Right: Snow Owl, Fall Owl, Seahorse, Canary, The Bride, The Dancer, The Good, The Wicked, Fall Fox, and Patisserie A few detail shots! They will be with me at tables 286 and 287, and each piece will probably be priced between $50 and $125.

Saturday's Group: Fall Owl, Snow Owl, Fall Fox, the two witches (Good and Wicked) Lissy Marlin. Painted Mouse. Antonio Caparo Illustrations. Some people has been asking me to post a Work in Progress on the blog. 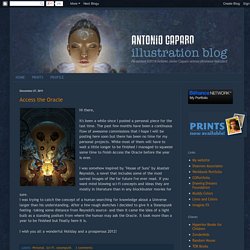 I use to keep files of the entire progress of creation of some of my personal images but the hard work is to piece everything together in one tutorial. I made Mars Sonata last year but now I realize I have never posted it so here it goes. Concept and sketch Mars has always fascinated us. It's difficult to explain why but there it is, lonely, deserted, mysterious and most of all, challenging. 이지형(Jee-Hyung Lee)... ArtStation - Ali Kiani Amin. Chris Sasaki. Zac Retz Art. CONTACT : Matt Dorfman : Design + Illustration. © 2011 Matt Dorfman. 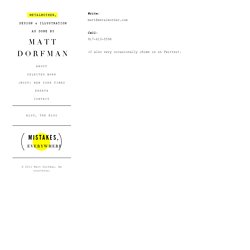 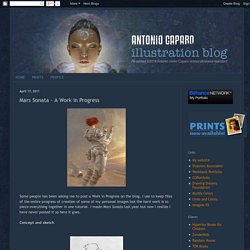 I use to keep files of the entire progress of creation of some of my personal images but the hard work is to piece everything together in one tutorial. I made Mars Sonata last year but now I realize I have never posted it so here it goes. Concept and sketch Mars has always fascinated us. It's difficult to explain why but there it is, lonely, deserted, mysterious and most of all, challenging. Characters on Pinterest. References Design Cartoon Cars on Pinterest. Rafaelmayani's Portfolio - New Stuff. Lauren O'Neill's Portfolio. Paulabecker.com. Le book de Piupiu. Joey Chou. DrawnWright. ANDRÉ CARRILHO. The art of Artur Fast: Wazup, Bro? Nothin, Man! Home. Pepe Delgado Navarro Art. Alex Dukal - Illustrator. Artistic Brushes Pack #2 [Free] MOSQUERA. Joe Draws Stuff. Miki Montlló. Fermín Solís. Mark Molnar - Sketchblog of Concept Art and Illustration Works. Pinterest. Justin Parpan Blog.