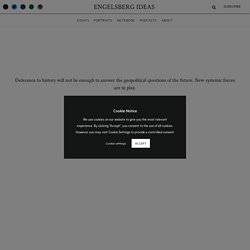 Seedbank – Seeds of Good Anthropocenes. This wildly reinvented wind turbine generates five times more energy t. Renewable energy could power the world within the next 30 years, and wind power is one of the cheapest, most efficient ways to get there. 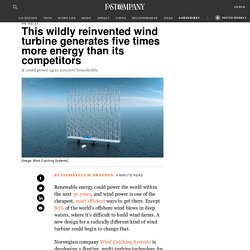 Except 80% of the world’s offshore wind blows in deep waters, where it’s difficult to build wind farms. A new design for a radically different kind of wind turbine could begin to change that. Norwegian company Wind Catching Systems is developing a floating, multi-turbine technology for wind farms that could generate five times the annual energy of the world’s largest, single wind turbine.

This increased efficiency is due to an innovative design that reinvents the way wind farms look and perform. Giving up carbs - What is the cheapest way to cut carbon? IN THE TRENDIER parts of Berlin, cargo bikes are the rage. 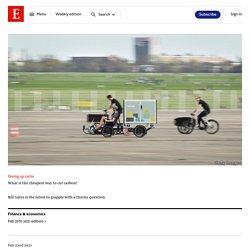 Locals use the bicycles, which have a wheelbarrow-sized box at the front, to do the weekly shop or ferry children around. Because they cut carbon-dioxide emissions, local authorities are subsidising the craze. But the well-intentioned schemes look pricey when you consider how much carbon is abated. One such scheme costs the city €370,000 ($450,000), but is expected to reduce emissions by only seven tonnes a year. 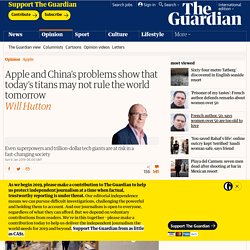 What has happened in the recently remembered past is most likely to continue. Inflection points, when trends decisively change, are more infrequent than the many instances when things go on as they have done. Two of today’s trends seem unstoppable. China’s astounding growth will continue, so the story runs, underwriting its arrival as the second economic superpower. To get a share in that China action, underpinning the entire growth of Asia, is one of the prime economic arguments for Brexit. Chief economist of Bank of England admits errors in Brexit forecasting.

The Bank of England’s chief economist has admitted his profession is in crisis having failed to foresee the 2008 financial crash and having misjudged the impact of the Brexit vote. 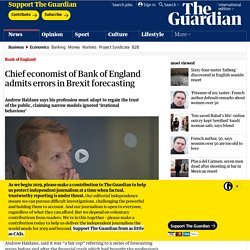 Who now owns Nepal’s forests? Some forestry experts believe not enough was done to train local communities in the scientific management of trees to prevent degradation and fires, and picking suitable tree species. 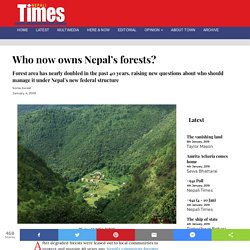 “We focused solely on preservation, and as a result forest coverage increased without contributing to the economy,” says Krishna Acharya, joint secretary at the Ministry of Forests and Environment. “Our next step should be to see how natural resources can yield economic benefit for local communities.” However, environmentalists argue that nature should be protected for its own sake, and to look for narrow economic returns from conservation is myopic.

A populist surge in the May 2019 elections could change the face of the EU forever. Historian Niall Ferguson on the roots of today's political polarization. The Year of Fascism. 'Peak stuff', interest rates and a dollop of Brexit have retailers worried. Take a high street in the throes of structural upheaval. 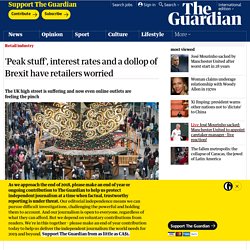 Add a large dollop of Brexit uncertainty, a pinch of unusually warm weather and what do you get? The sort of dish that will turn the stomach of even the toughest retailer. This is the crunch time for shops and online shopping outlets. Christmas is when consumers tend to spend more freely and many retailers make their profits. Last year, November and December accounted for more than 21% of all goods sold. What’s more, the retail sector had every reason to be cautiously optimistic about the prospects for 2018. Employers are struggling to fill vacancies, which means they have to offer workers higher wages. 99 Good News Stories You Probably Didn’t Hear About in 2018. Another year of hard-fought wins in conservation 1. 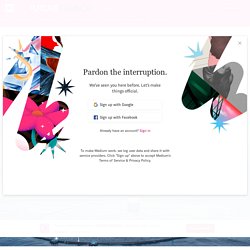 The Kofan people of Sinangoe, in the Ecuadorian Amazon, won a landmark legal battle to protect the headwaters of the Aguarico River, nullifying 52 mining concessions and freeing up more than 32,000 hectares of primary rainforest. Amazon Frontlines 2. Following China’s ban on ivory last year, 90% of Chinese support it, ivory demand has dropped by almost half, and poaching rates are falling in places like Kenya. Britain’s long-falling death rate has levelled out. A blip or something more? - Mortality tale. Are We on the Verge of a New Golden Age? History doesn’t exactly repeat itself, but it does run in cycles. 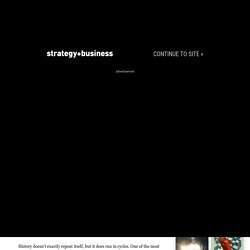 One of the most robust theories of such cycles was articulated by economic historian Carlota Perez, in her influential book Technological Revolutions and Financial Capital: The Dynamics of Bubbles and Golden Ages (Edward Elgar, 2002). It suggests that humanity can get through the current period of upheaval and economic malaise and enter a new “golden age” of broad economic growth, if the world’s key decision makers act in concert to help foster one.

Common Purpose: Realigning Business, Economies, and Society. A version of this article appeared in the Autumn 2017 issue of strategy+business. 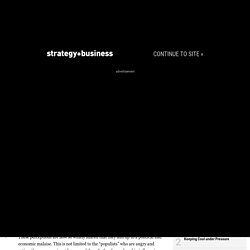 S focus too little on what people really care about - Free exchange: The worth of nations. A CYNIC, says one of Oscar Wilde’s characters, is a man who knows the price of everything and the value of nothing. But, as philosophers have long known, assigning values to things or situations is fraught. Like the cynic, economists often assume that prices are all anyone needs to know. Priorities of progress whitepaper. Future - Why we need to reinvent democracy for the long-term. FutureofSust2019. A vision of 2040: everything we need for a sustainable world already exists. When my daughter was two years old, I found myself struggling to finish any article relating to the dire state of our environment. I would get halfway through the piece, then disengage and move on to something else. I assumed I wasn’t the only parent to feel this way. Curious to understand why I seemed incapable of persisting, I reached out to the environmental psychologist Renee Lertzman.

She explained that when we receive information charged with fear, dread or anxiety, the limbic system in our brain can be activated, which can override the prefrontal cortex, an area of the brain associated with creative thinking and problem solving. These days our news feeds are filled with images and stories of a bleak future. Earth 2050: A glimpse into the future. Global Strategic Trends. Global Strategic Trends. Global Strategic Trends (GST) describes a strategic context for those in the Ministry of Defence (MOD) and wider government who are involved in developing long term plans, strategies, policies and capabilities. Without a strategic context there is a risk that planners, policymakers and capability developers may assume a future that adheres to preconceived thoughts and assumptions.

Accessible Media Player by Nomensa The timeline slider below uses WAI ARIA. Please use the documentation for your screen reader to find out more. The Secret Behind Ocasio-Cortez's 70 Percent Tax. - The Washington Post. Capitalism’s Triple Crisis by Mariana Mazzucato. After the 2008 financial crisis, we learned the hard way what happens when governments flood the economy with unconditional liquidity, rather than laying the foundation for a sustainable and inclusive recovery. Global megatrends. Global megatrends and planetary boundaries. This raises questions about the limits of tolerable environmental pressure on the Earth's life support systems, sometimes referred to as planetary boundaries. Recognising that the total global environmental burden is indeed rapidly moving beyond globally sustainable limits, it is important to better understand how Europe's future ecological and societal resilience might by affected by current and future global trends, and conversely, how European systems of production and consumption are contributing to environmental pressures in other parts of the world.

Introduction Many global trends have significant consequences for Europe. For example, demographic, economic or geopolitical developments elsewhere can influence the availability and price of natural resources and energy in Europe. Increasing environmental pollution in other world regions likewise contributes to direct environmental and human harm in Europe. Who Is R. A. Lafferty? And Is He the Best Sci-Fi Writer Ever? The 8 Best Fact-Checking Sites for Finding Unbiased Truth. With deliberate misinformation campaigns and the continued prevalence of fake news, fact-checking sites are now more important than ever.

So in the digital era, where news travels quickly through multiple channels, how do you check your facts? 2019 Dental 3D Printing Guide: All You Need to Know. The most common applications of 3D printing in dentistry are transparent aligners and night guards. This Has Been the Best Year Ever. Tackling climate change in a solutions journalism course on Florida’s coast.