Armenian Genocide of 1915: An Overview. From Fibers to Fashion Week. Read Caption The glitz and glamour of New York Fashion Week is a long way from the garment factories of Indonesia or the tanneries of Bangladesh. 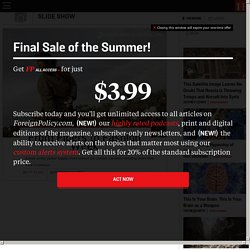 But as models parade their way through the city this week wearing silk (Yves Saint Laurent), leather (Coach), and wool (Chanel), it’s worth remembering that these clothes have often traveled great distances and been touched by many hands on their journey to the runway. Globalization business mbaknol. Globalization I - The Upside: Crash Course World History #41. Animated map shows how religion spread around the world. History vs. Genghis Khan - Alex Gendler. Animated interactive of the history of the Atlantic slave trade. Source: slavevoyages.org For the full interactive version, use a larger device.

Interactive by Andrew Kahn. Background image by Tim Jones. Usually, when we say “American slavery” or the “American slave trade,” we mean the American colonies or, later, the United States. But as we discussed in Episode 2 of Slate’s History of American Slavery Academy, relative to the entire slave trade, North America was a bit player. Globalization II - Good or Bad?: Crash Course World History #42. The Wetsuitman. A gale was blowing from the south-west as the elderly architect put on his jacket and rubber boots and went to face the elements. 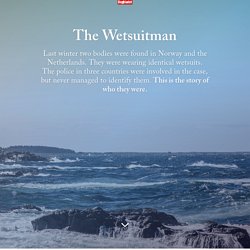 Down in the bay, four metre high waves crashed against the cliffs and sent sea spray hundreds of metres across the grazing land at Norway’s southernmost tip. The first thing the architect noticed when he approached the sea was a wetsuit. It lay stretched out on the small patch of grass between the cliffs, right outside the reach of the waves. “That might be useful,” the architect thought. Migrations Map: Where are migrants coming from? Where have migrants left?

Population density per country. 7 Billion: How Did We Get So Big So Fast? International Networks Archive / Map of the Month. Issues in Globalization How Fair Is Fashion. How Nutella Explains the World. Not only is Nutella sold all over the world—250,000 tons of the scrumptious chocolate goo is sold across 75 countries every year—its ingredients are sourced from just about everywhere. 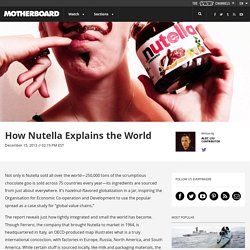 It’s hazelnut-flavored globalization in a jar, inspiring the Organisation for Economic Co-operation and Development to use the popular spread as a case study for “global value chains.” The report reveals just how tightly integrated and small the world has become. Friedman Globalization. Walled World. » Globalization: A View from Below Zinn Education Project. Our planet is entering the new century with fully 1.3 billion people living on less than one dollar a day. 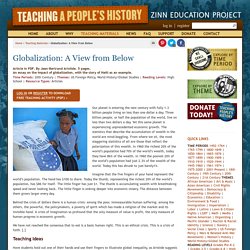 Three billion people, or half the population of the world, live on less than two dollars a day. Yet this same planet is experiencing unprecedented economic growth. The statistics that describe the accumulation of wealth in the world are mind-boggling. From where we sit, the most staggering statistics of all are those that reflect the polarization of this wealth. Air Traffic.