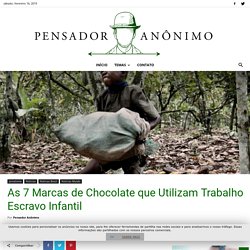 Time to Unslave Humanity: Ethos [Full Movie] Consumerism and Financial Debt = Slavery! 10 Ways To Stop Being A Slave And Bring Down The Pyramids Of Control. Source: www.activistpost.com | Original Post Date: May 24, 2012 – There are very real conspiracies in the world, and those conspiracies are always conducted by people “in the know” against those who are ignorant or naive of back-room machinations. 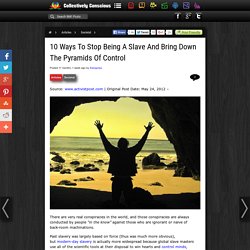 Past slavery was largely based on force (thus was much more obvious), but modern-day slavery is actually more widespread because global slave masters use all of the scientific tools at their disposal to win hearts and control minds, convincing us that our hands and feet are free, so we must be living self-directed lives. There are signs that the mind-pyramids that technocrats have built to enforce their 21st-century global plantation slave system are crumbling as they press harder upon our cognitive ability to make sense of words and actions. The owners of the shoulders on which the structure of tyranny is supported are beginning to leave in droves.

Here are 10 ways that you can help collapse all of the pyramids of control. 1. 2. 3. 4. 5. 6. 7. Take A Reverse Tour Of The Global Gadget Supply Chain With These Stunning Photos. For three weeks last summer, the "nomadic design studio" Unknown Fields took a reverse tour of the global supply chain, riding a massive cargo ship from Vietnam to a shipyard in Shanghai, visiting a Christmas decoration factory in China, and exploring a mine in inner Mongolia. 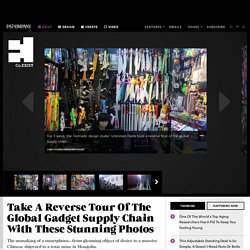 Together with a group of filmmakers, journalists, scientists, and artists, they documented each step of the journey of a typical tech gadget made in China. Here's a stunning time-lapse video, from filmmaker Toby Smith, of the two days they spent on a cargo ship. "The work we are making is really an elaborate portrait of a city," says writer and educator Kate Davies, who co-founded Unknown Fields with artist and architect Liam Young in London. "Global supply chains touch everything around us. The scale of each part of the supply chain amazed the designers. China's shipyards were similarly massive. "An advertiser's description of our technologies is based on lightness and thinness," says Young.

Amazon's brutal work culture will stay: bottom lines matter more than people. Like a clone army of Captain Renaults, the world woke up last weekend to the astounding New York Times story that Amazon’s workplace was brutish, nasty and cultish. 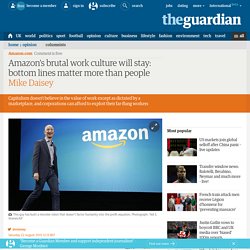 And like that unforgettable character in Casablanca, the world was “shocked – shocked!” To discover there was ugliness in the machinery of such a tech darling. The analogy is particularly apt because the crux of the scene is that Renault, a moment after blandly asserting he’s shocked by gambling, is handed his winnings. Many of the same media outlets telling this story of Amazon’s bad behavior have similarly lionized Jeff Bezos and Amazon for decades. This pretending to be surprised is convenient and ridiculous. Inside Amazon: Wrestling Big Ideas in a Bruising Workplace.

Amazon may be singular but perhaps not quite as peculiar as it claims. It has just been quicker in responding to changes that the rest of the work world is now experiencing: data that allows individual performance to be measured continuously, come-and-go relationships between employers and employees, and global competition in which empires rise and fall overnight. Amazon is in the vanguard of where technology wants to take the modern office: more nimble and more productive, but harsher and less forgiving.

“Organizations are turning up the dial, pushing their teams to do more for less money, either to keep up with the competition or just stay ahead of the executioner’s blade,” said Clay Parker Jones, a consultant who helps old-line businesses become more responsive to change. On a recent morning, as Amazon’s new hires waited to begin orientation, few of them seemed to appreciate the experiment in which they had enrolled. “Conflict brings about innovation,” he said. Photo Mr. Animated_interactive_of_the_history_of_the_atlantic_slave_trade.

Source: slavevoyages.org For the full interactive version, use a larger device.

Interactive by Andrew Kahn. Background image by Tim Jones. Usually, when we say “American slavery” or the “American slave trade,” we mean the American colonies or, later, the United States. But as we discussed in Episode 2 of Slate’s History of American Slavery Academy, relative to the entire slave trade, North America was a bit player. This interactive, designed and built by Slate’s Andrew Kahn, gives you a sense of the scale of the trans-Atlantic slave trade across time, as well as the flow of transport and eventual destinations. History of American Slavery, Ep 2: The Atlantic slave trade during its heyday and the remarkable life of Olaudah Equiano. There are a few trends worth noting. In the 1700s, however, Spanish transport diminishes and is replaced (and exceeded) by British, French, Dutch, and—by the end of the century—American activity. Cómo enseñar a los niños a pensar. El filósofo Robert Swartz propone un cambio radical en la actual escuela «que mata las ganas por aprender y pensar» ¿Cómo sería una sociedad llena de adultos que saben racionalizar sus ideas? 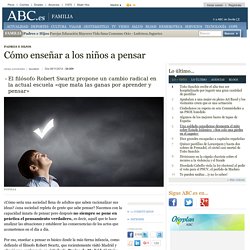 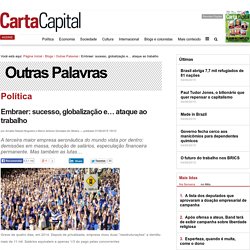 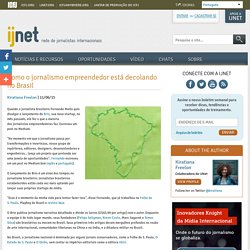