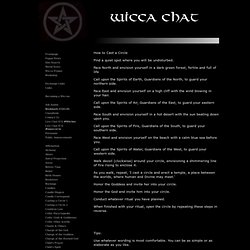 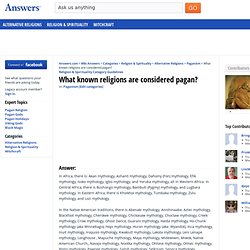 The Witch Burnings - Holocaust Without Equal. By Edo Nyland March 25, 1997 from PaganTeaHouse Website recovered through WayBackMachine Website Much is known about the witch hunts of the 16th and 17th centuries. 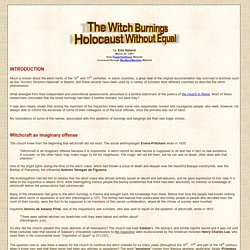 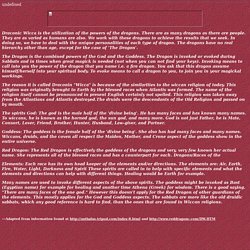 There are as many dragons as there are people. They are as varied as humans are also. We work with these dragons to achieve the results that we seek. Wicca Dreamers: Dragon Wicca - Draconic Wicca: Dragon Names. (5) Basics Of Draconic Wicca. An introduction to Asatru. Less than a thousand years ago, the elders of Iceland made a fateful decision. 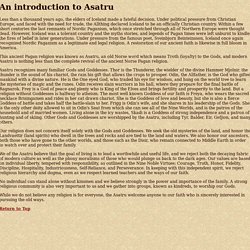 Under political pressure from Christian Europe, and faced with the need for trade, the Allthing declared Iceland to be an officially Christian country. Within a few short centuries the last remnants of Nordic Paganism, which once stretched through all of Northern Europe were thought dead. However, Iceland was a tolerant country and the myths stories, and legends of Pagan times were left unburnt to kindle the fires of belief in later generations.

Under pressure from the famous poet, Sveinbjorn Beinteinsson, Iceland once again recognized Nordic Paganism as a legitimate and legal religion. A restoration of our ancient faith is likewise in full bloom in America. This ancient Pagan religion was known as Asatru, an old Norse word which means Troth (loyalty) to the Gods, and modern Asatru is nothing less than the complete revival of the ancient Norse Pagan religion. Return to Top. Wicca and Witchcraft 101 (Lecture 1) The Wiccan Religion. Wiccan religion is a growing spiritual tradition in North America and Europe, especially among young adults and teens. 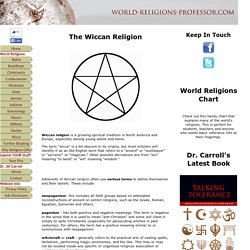 The term "wicca" is a bit obscure in its origins, but most scholars will identify it as an Old English term that refers to a "wizard" or "soothsayer" or "sorcerer" or "magician. " Other possible derivations are from "wic" meaning "to bend" or "wit" meaning "wisdom. " Adherents of Wiccan religion often use various terms to define themselves and their beliefs. These include: Wicca Spells - Wiccan Spells, Love Spells and Witchcraft Spells. Starting Out in Witchcraft - 9 Things You Need to Know. [PDF Download] Ways of the Strega: Italian Witchcraft: Its Legends Lore & Spells (Llewellyn's - video dailymotion. The Witches' Circle Amino. Welcome to another one of my witchcraft guides. 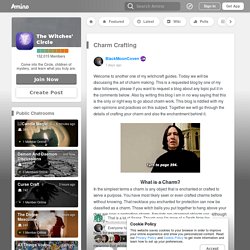 Today we will be discussing the art of charm making. This is a requested blog by one of my dear followers, please if you want to request a blog about any topic put it in the comments below. Also by writing this blog I am in no way saying that this is the only or right way to go about charm work. This blog is riddled with my own opinions and practices on this subject.

Together we will go through the details of crafting your charm and also the enchantment behind it. What is a Charm? In the simplest terms a charm is any object that is enchanted or crafted to serve a purpose. The magic of creation is just as important as enchantment in making charms, meaning that while crafting your charm the focus of your intention needs to be strong and in the forefront of your mind. Online Sigil Makers / Formulaic Sigils / Making A Sigil Formula. My research about runes on The Witches Amino has lead me to discover more on sigils , Rather specific website being records and use their sigils in which a person has not come up with their own system or needs help or inspiration . 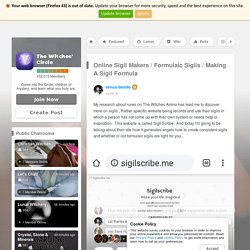 This website is called Sigil Scribe , And today I'm going to be talking about their site how it generates angels how to create consistent sigils and whether or not formulaic sigils are right for you . So after entering many different fields and experimenting with length , capitalization and gibberish I was able to pinpoint the formula the website uses . For those of you who feel like skipping the novel I have a four minute video up explaining how the formula works were my significant other helps me showcase my understanding of the formula and predict the sigil that will result in any phrase . (1) Skull Candles How to Use Them.

(1) How To Read Glass 7 Day Candles. Stregheria.com - The Home of Authentic Italian Witchcraft. NightShadow Anomaly Detectives. A Brief History of the Salem Witch Trials. How does herbal magick work, anyway? Four theories – Grove and Grotto. A sachet of leaves tucked under a pillow, a handful of berries strewn across a doorway: Herbal charms and remedies are one of the most familiar forms of magick. 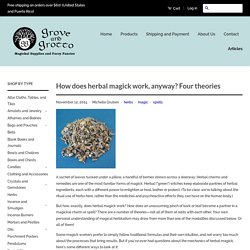 Herbal (“green”) witches keep elaborate pantries of herbal ingredients, each with a different power to enlighten or heal, bother or protect. (To be clear, we’re talking about the ritual use of herbs here, rather than the medicinal and psychoactive effects they can have on the human body.) But how, exactly, does herbal magick work? The Art and Mechanics of Spellcraft: Disposing of Magickal Items - Candles. Last New Moon I burned all of my old herbs, wicks, candle wrappers, and other things that had been accumulating in my magick box. 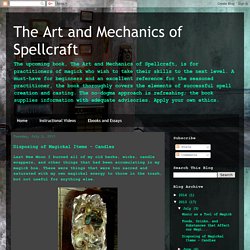 These were things that were too sacred and saturated with my own magickal energy to throw in the trash, but not useful for anything else. The night before the New Moon rose with the sunrise, I set a tea candle in my cauldron and slowly, purposefully, and meditatively fed to the fire the things I could not throw away or reuse. In this way, I honored the Crone aspect of the Triple Goddess and I cleansed myself of old energy that had been hanging around for ages. Awake from the Dream to the Nightmare of Reality. “We are pitted against an industrial industry which fabricates our dreams for us and insinuates them through our culture and our language.These dreams dreamt for us are destroying the very fabric of the planet. They are the projection of a civilization in utter crisis. In a terrifying circle we are being forced into deeper dream to cope with this. Alexandrian Book of Shadows.

What are Real Magic Spells? Real magic spells aren't always that easy to recognize, and in fact it's really not that easy to say which ones are real and which ones aren't. I've said before that a spell is like a recipe, and any recipe that makes a delicious dish is a real one no matter where you get it from or if you create it out of your own head. The results are what makes it real. Same goes for spells. But to stick with the recipe analogy for a moment, would you really have a "recipe" if you mixed a cup of pickle juice, mini marshmallows, bacon and cinnamon. Hopefully you'll agree with me if I say "no". I'd have to say it does. The Smart Witch: Magic Circles and Spells. Magic Spells Magic spells spring from the observation and consideration of an Earthly paradox. Earth is beautiful and brimming with power and potential. Yet individual existence often is harsh, miserable and limited.

The Effects of Black Magic. The Effects of Black Magic Black magic. What's the point? You can easily do as much damage to someone (and yourself) with conventional means. And with much less risk! The world is full of hostile magic. Join one of them, if you must hurt others. Theban Script or "Witchs' Runes" - PaganPath. Theban Script is an alphabet used by many Pagans, Witches and Wiccans as a substitution cipher to prevent prying eyes from reading private entries in Books of Shadows (BoS) or spell books. It also lends an air of mystery to writing and is known as the Witches Runes, Witchs' Runes or the Witches' Alphabet.

In this article you will find a brief history of the script. There is also an easy to print bookmark at the bottom of this page. Color Correspondences. Use color correspondences to help choose the colors of your candles, altar decorations and more when planning a spell or act of worship. Colors can also be used in home decor and clothing choices to bring their energies into your everyday life.

It is important to note that colors have the potential to have deep symbolic meaning. Put Salt in the Corners of Your House, and See What Happens. Buy Dried Herbs, Flowers and Resins for Magickal and Ritual Use. Herbs - African Mojo Beans (Wishing Beans) YouTube. April 2014 ~ Pagan Murmur. Strega (The Old Religion) – The Mystical Spiral.