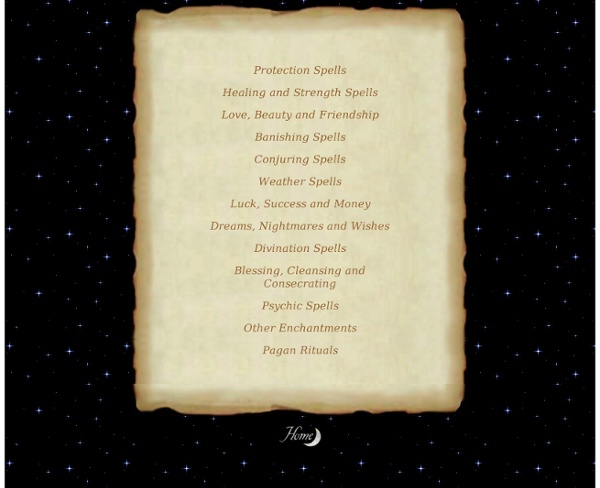 Witchcraft, Wiccan and Pagan Index | Celtic Connection You Know You're A Fundamentalist If... You Know You're a Fundamentalist If... 10 - You vigorously deny the existence of thousands of gods claimed by other religions, but feel outraged when someone denies the existence of yours. 9 - You feel insulted and "dehumanized" when scientists say that people evolved from other life forms, but you have no problem with the Biblical claim that we were created from dirt. 8 - You laugh at polytheists, but you have no problem believing in a Triune God. 7 - Your face turns purple when you hear of the "atrocities" attributed to Allah, but you don't even flinch when hearing about how God/Jehovah slaughtered all the babies of Egypt in "Exodus" and ordered the elimination of entire ethnic groups in "Joshua" including women, children, and trees! 4 - You believe that the entire population of this planet with the exception of those who share your beliefs -- though excluding those in all rival sects - will spend Eternity in an infinite Hell of Suffering.

The 7 Keys to Living a Goddess Life | The search for the inner goddess isn’t an ego-centric thing like wanting to be worshipped. It’s more a way to understand your own femininity, strength and wisdom and to give yourself permission to assert these gifts to empower your life. The easiest way to connect with your inner goddess? From personal experience one of the easiest ways to keep your inner goddess glowing is to keep balanced chakras – the energy centres in the body that perform important physiological and psychological functions. I use a range of tools in my Goddess For Life coaching sessions that inspire key elements of a balanced life: foundation, passion, vitality, connection, expression, trust and wisdom. Foundation Your base chakra forms your foundation – it is related to survival instincts, your sense of grounding and connection of your body and the earth. If your life is in turmoil, or your self-confidence is under threat, ask your inner-Kali to energise your willpower. Passion Vitality Connection Expression Trust Wisdom

plants Louise Harmon June, 2013 Wild Carrot or Poison Hemlock? Several months ago, my brother and I were discussing our mutual love of the woods and the outdoors. Although he has hunted and fished most of his adult life, he admitted that he really didn’t pay too much attention to the wild greens around him. Wild Carrot, Poison Hemlock and Poison Hemlock’s deadly cousin, Water Hemlock all belong to the Apiaceae plant family. Personally, I never wildcraft any plants from the Apiaceae family. What can make identification difficult is that although Wild Carrot and its edible relatives do have some fairly recognizable differences from Poison Hemlock and Water Hemlock, like many plants, these characteristics can be affected by variations in growing conditions making accurate identification sometimes difficult. Let’s look at some of the characteristics for Wild Carrot, Poison Hemlock and Water Hemlock. WILD CARROT – Daucus carota POISON HEMLOCK – Conium maculatum WATER HEMLOCK-Cicuta maculata ~Louise~

Herbs & Herbal Uses Herbs in medicine, cooking, and magic. Find charts, planting tips, and other uses for these valuable plants below. Imagine....awakening in the morning and stepping outside to a lush and fragrant paradise....which exists to satisfy your own culinary, medicinal, and even spiritual needs..... Welcome to Herb Gardening! What is an herb? The loose definition of herb is any plant that is used for its culinary, medicinal, or fragrant properties. Please do explore the links to the left for a comprehensive index of herbs and their uses, and the links below for some creative ways to use them in your own life. Culinary Chart Common Foods and Complementary Herbs Making Gourmet Herbal Vinegars Making Gourmet Herbal Oils & Butters In gardening, herbs are an important part of what is known as "Companion Planting." Companion Planting As always with gardening, esthetics are extremely important. List of Annual Herbs List of Biennial Herbs List of Perennial Herbs Landscaping with Herbs Print Your Own Seed Packets

Welsh Earth Religion with Druidism, Witchcraft, and Paganism Dispelling Myths About Wicca and Paganism There are many misconceptions out there about Pagans and Paganism as well as Wicca and Wiccans. For some reason all of these words have negative connotations for many and are often associated with evil, particularly by Christians and Christianity. People do not seem to understand what it means to be Wiccan or Pagan. Perhaps by dispelling the myths we can begin to build tolerance and peace between faiths. Wicca is the same thing as Paganism. It is the same to be Pagan as it is to be Wiccan. Wicca is one of the oldest religions. Wicca is witchcraft. Wiccans worship nature. Pagans are all polytheistic. Wiccans and Pagans are Satanic and evil. Wiccans and Pagans believe in human and animal sacrifice. Wiccans are all vegetarian. Pagans all share the same opinion on political issues and morality. Wicca comes from the word wicked. Wiccans all worship nude or dressed in black. Pagans perform sexual rituals involving orgies and the deflowering of virgins.

The White Goddess - Pagan Portal Bottle Spells and Spell Bottles A spell bottle is a bottle into which a magical spell has been cast in the form of physical items used to ensure that the spell results in the desired outcome. A bottle spell is a magical spell that is contained within a bottle, and which, when finished, is expected to work for the ends one desires. There are many types of bottle spells used in folk magic traditions from around the world. The painted bottle spells shown here were made in America from small medical bottles. Among the earliest spell bottles known are those called "Witch Bottles." In more recent times, the witch bottles of England and Anglo-America have been made from cobalt blue glass and they are often kept on a window sill "for pretty" as well as to keep away witches and the evil eye. This is a small, short, squat style of jar made from very pale green recycled glass. Order Cobalt Blue and Recycled Glass Bottles from the Lucky Mojo Curio Co. When used on the altar, the bottle is filled with oil and sealed.

Spirit Vaults : Meditation : The Three Parts of Meditation, Scott Taylor This is a very brief overview of some of my keys to understanding and approaching meditation. Meditation is frequently misnamed. For my purposes, there are actually three parts to the process generically called meditation. The first step is Concentration, the second is Contemplation or Reflection, and the last is Presence. In my view, most teachers of meditation in the West focus on concentration alone and call it meditation. It is important to make these distinctions because each step towards reaching a quiet, contemplative mindstate has its own challenges and people new to the practice can become frustrated by the seemingly impossible leap to the states described by experienced meditators. Concentration is the act of focusing one's attention on one thing. Concentration is the effort to withdraw those bits of our consciousness that are attending to non-essential functions, so that we have a more complete set of the attention bits in our "attention account" from which to "pay attention".

What is Wicca, Witchcraft and Paganism? The article below describes how Wicca draws from the Old Traditions of Witchcraft. While this is true, we would simply like to clarify that Witchcraft and Wicca, while simular in many respects, are not the same. One can be a Witch, without being a Wiccan, just as a person can be a Christian, without being a Baptist. Contrary to what those who choose to persecute or lie about us wish to believe, Wicca is a very peaceful, harmonious and balanced way of life which promotes oneness with the divine and all which exists. Wicca is a deep appreciation and awe in watching the sunrise or sunset, the forest in the light of a glowing moon, a meadow enchanted by the first light of day. Wicca is a belief system and way of life based upon the reconstruction of pre-Christian traditions originating in Ireland, Scotland, and Wales. For the past several hundred years, the image of the Witch has been mistakenly associated with evil, heathenism, and unrighteousness. Witchcraft or Wicca is not a cult. Herne

Home Yule The date varies from December 20 to December 23 depending on the year in the Gregorian calendar. Yule is also known as the winter solstice in the northern hemisphere and the summer solstice in the southern hemisphere due to the seasonal differences. Yule, (pronounced EWE-elle) is when the dark half of the year relinquishes to the light half. Bonfires were lit in the fields, and crops and trees were "wassailed" with toasts of spiced cider. The ceremonial Yule log was the highlight of the Solstice festival. A different type of Yule log, and perhaps one more suitable for modern practitioners would be the type that is used as a base to hold three candles. Many customs created around Yule are identified with Christmas today. Deities of Yule: All Newborn Gods, Sun Gods, Mother Goddesses, and Triple Goddesses. Symbolism of Yule: Rebirth of the Sun, The longest night of the year, The Winter Solstice, Introspect, Planning for the Future. Incense of Yule: Pine, cedar, bayberry, cinnamon.