Village Witch with English subtitles. Salem Witch Trials. The Salem Witch Trials (1692) Cartoon Its time for a Hall... The witchcraft rumors started when a book called ¨Memorable Providences Relating to Witchcrafts and Possessions¨ was published, in this book, there is a disease described where people basically have no control over their bodies and are doing crazy things. 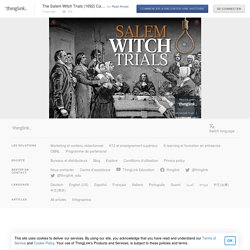 Later on 2 girls ages, 9 and 11 begin to experience these symptoms. They started screaming and throwing things around as if they were possessed experiencing similar symptoms the book described. So they called a doctor who went on to say the cause of the disease was witches. As more and more young women in the town exhibit these symptoms a huge hysteria is created and with it comes to the accusations of witchcraft among townspeople.The witchcraft rumors started when a book called ¨Memorable Providences Relating to Witchcrafts and Possessions¨ was published, in this book, there is a disease described where people basically have no control over their bodies and are doing crazy things. 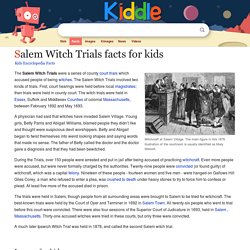 The main figure in this 1876 illustration of the courtroom is usually identified as Mary Walcott. A physician had said that witches have invaded Salem Village. Young girls, Betty Parris and Abigail Williams, blamed people they didn’t like and thought were suspicious devil worshippers. Betty and Abigail began to twist themselves into weird looking shapes and saying words that made no sense. The Salem Witch Trials. One freezing day in January of 1692, something strange happened inside the Parris household of Salem Village, Massachusetts. 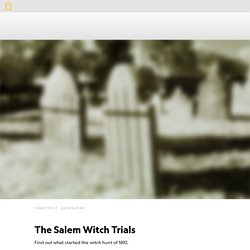 As sleet and snow heaped higher outside their door, Betty Parris and her cousin Abigail began to twitch and twist their bodies into strange shapes, speaking in words that made no sense. Betty’s alarmed father, the Reverend Parris, immediately called on a doctor to examine the girls. The doctor’s diagnosis? Are You a Witch? Find Out if 1600s America Would Have Killed You. From 1692-93, a wave of hysteria washed over the people of Salem, Massachusetts. 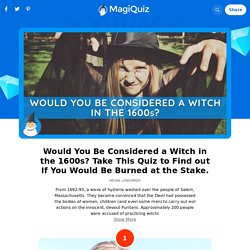 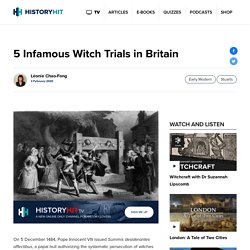 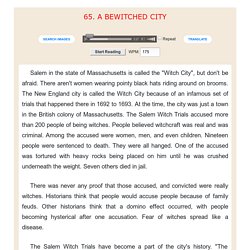 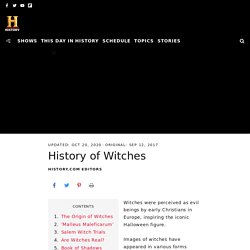 Images of witches have appeared in various forms throughout history—from evil, wart-nosed women huddling over a cauldron of boiling liquid to hag-faced, cackling beings riding through the sky on brooms wearing pointy hats. In pop culture, the witch has been portrayed as a benevolent, nose-twitching suburban housewife; an awkward teenager learning to control her powers and a trio of charmed sisters battling the forces of evil. The real history of witches, however, is dark and, often for the witches, deadly. READ MORE: Why Do Witches Fly on Brooms? CHRONOLOGY PRIOR TO SALEM TRIALS - Salem Witch Museum. Written by: Jay Menice Though not the only significant series of witch trials to take place in this period, the Salem witch trials of 1692 were ultimately the most intense and devastating witch hunt to take place in colonial America. 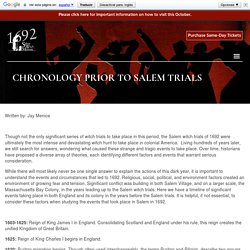 Living hundreds of years later, we still search for answers, wondering what caused these strange and tragic events to take place. Over time, historians have proposed a diverse array of theories, each identifying different factors and events that warrant serious consideration. While there will most likely never be one single answer to explain the actions of this dark year, it is important to understand the events and circumstances that led to 1692. Religious, social, political, and environment factors created an environment of growing fear and tension. 1603-1625: Reign of King James I in England. 1625: Reign of King Charles I begins in England. 1620: Puritan migration begins. 1626: Naumkeag (Salem) is founded by Roger Conant from Cape Anne. National Geographic Society. Large Map of Salem Village with Index: in Four Pieces.