Lexicon. Logogram Publishing is publishing version 4 of the Sumerian Lexicon in both softcover and hardcover. 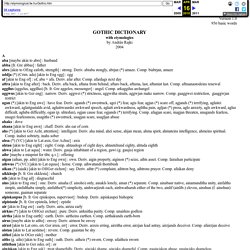 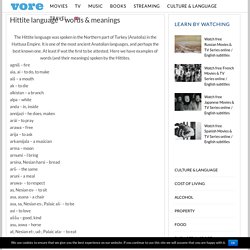 It is one of the most ancient Anatolian languages, and perhaps the best known one. At least if wat the first to be attested. Here we have examples of words (and their meanings) spoken by the Hittites. We use cookies to ensure that we give you the best experience on our website. If you continue to use this site we will assume that you are happy with it.Ok. Alchemical Emblems, Occult Diagrams, and Memory Arts: Dragon. 5 Free occult fonts. Filter Options. 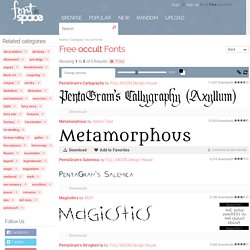 The Occult Font Collection - Instant Download – Gene's Weird Stuff. There was a time when being involved in the occult meant being burnt at the stake if caught. 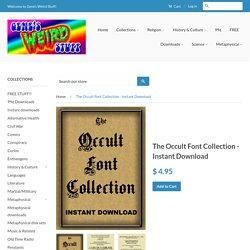 Many occultists developed secret alphabets to conceal the nature of their work from the inquisition and other "interested" parties. In our somewhat modern enlightened age, this type of secrecy is not absolutely necessary but is sometimes desirable. This is a downloadable zip file collection of fonts suitable for using with occult documents and procedures. Baybayin Modern Fonts: Downloads. Download Free Baybayin Modern Fonts Note: even though the style of these fonts are modern, you can still use it to write in the traditional way. 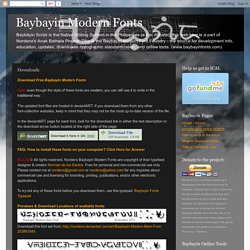 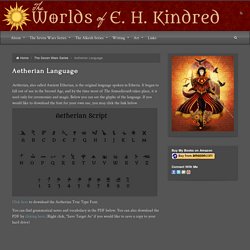 It began to fall out of use in the Second Age, and by the time most of The Somadàrsath takes place, it is used only for ceremonies and magic. Below you can see the glyphs of the language. Shoshoni Language Project. This Shoshoni Dictionary is a compilation of a number of published and unpublished lexicons/dictionaries (list below) of Shoshoni and Goshute. 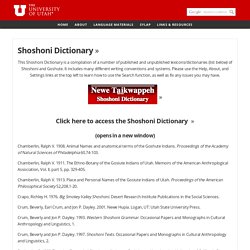 It includes many different writing conventions and systems. Please use the Help, About, and Settings links at the top left to learn how to use the Search function, as well as fix any issues you may have. Click here to access the Shoshoni Dictionary. Lorem Ipsum - All the facts - Lipsum generator. 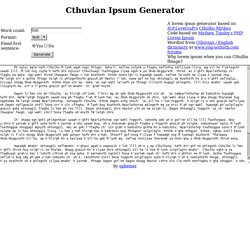 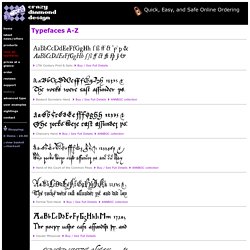 The Assyrian Dictionary of the Oriental Institute of the University of Chicago (CAD) Editor-in-Charge: Martha T. Roth Editorial Board: Robert D. Biggs, John A. Macromedia Flash open source. Realistic handwritten fonts for your props, documents an accessories - movie, theater, LARP. Tired of seeing the same fonts in documents or other LARP props? (Vivaldi, Aquiline, etc…). So here, I started a small selection of uncommon fonts…For each font, the font name is not mentioned, the goal is to not disrupt the reading… Each font has UNDERSTANDING name. In addition, you will find in every download package, the font used, a summary image, and a Photoshop PSD file which will give you all the parameter to use the font (spacing between letters and words, hyphenation, size, etc…) From the 12th to 13th century.

Precursor of the Gothic letter that everyone has in mind. > Download This one deserves to finish in a sanitarium… An interesting font because it grows players to concentrate to understand what is written. > Download A complex and indecipherable handwriting of a physician… Perfect for handwritten notes from a scientist… > Download. Alphabet of the Magi Font. Transliteration and pronunciation of ancient Egyptian. The three writing systems, hieroglyphs, hieratic and demotic, while very decorative, are difficult to represent on an internet page and not very useful to the ordinary reader. Cartouche with the name of Khufu(to be read from right to left) Source: R. Lepsius, Denkmäler aus Aegypten und Aethiopien Abth. II, Bl.1 Transliterations are therefore often used to represent Egyptian writing.

Ancient egypt dictionary. Constructed scripts / Con-scripts / Neographies. These scripts are all invented by visitors to Omniglot. If you have invented a new alphabet and would like me to add it to this site, please read the How to submit a con-script page. Only conlangs written with invented scripts will be considered for inclusion on this site. Constructed scripts for constructed languages. WSP DarkSpeech font by Dan Smith's Fantasy Fonts. Liam’s Pictures from Old Books. Items matching borders (results page 2) Omniglot. Passing the River Font. The Passing the River or Passage du Fleuve alphabet is derived from the Hebrew alphabet and was created by Heinrich Cornelius Agrippa during the 16th Century. Notable features Type of writing system: abjad Direction of writing: left to right in horizontal lines.