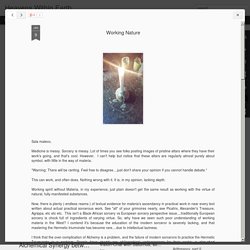 Sorcery is messy. Lot of times you see folks posting images of pristine altars where they have their work's going, and that's cool. However, I can't help but notice that these altars are regularly almost purely about symbol, with little in the way of materia. *Warning: There will be ranting. Curse Tablets from Roman Britain: browse all tablets. DemonThings - Ancient Egyptian Demonology - Ancient Egyptian Art. Talismans - Database. Bigfoot rescued snake bit Indian, a Tulelake Bigfoot story, the Modoc man.... Matah Kagmi Yah'yahaas Yahyahaas Names for hirsute hominids used by the Modoc and the Klamath Indians - Northern California and Southern Oregon The Klamath and the Modoc tribes were generally divided into relatively autonomous villages in south central Oregon and Northern California, each with its own leaders and shaman (medicine man); the villages would ally for war, and members of different villages often married. 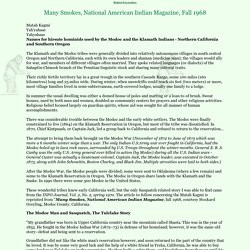 They spoke related languages (or dialects) of the Sahaptin-Chinook branch of the Penutian linguistic stock and sharing many cultural traits. Their richly fertile territory lay in a great trough in the southern Cascade Range, some 100 miles (160 kilometres) long and 25 miles wide. During winter, when snowdrifts could reach six feet (two meters) or more, most village families lived in semi-subterranean, earth-covered lodges, usually one family to a lodge. 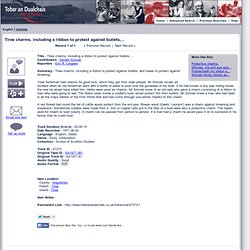 Contributors - Donald SinclairReporters - Eric R. Cregeen Summary - Tiree charms, including a ribbon to protect against bullets, and rowan to protect against drowning. Tiree fishermen had charms for good luck, which they got from older people. Mr Sinclair recalls an incident when an old fisherman went with a bottle of water to pour over the gunwales of his boat. A red thread tied round the tail of cattle would protect from the evil eye. Magic In Antiquity: Pre-1800's.

The Ways to Control Dreaming. The science of lucid dreaming—in which the sleeper is aware she is dreaming—and how it could affect waking life An artistic rendering of one of the author's dreams (Munkyeong Kim/Dreame) In 2008, Isaac Katz, a civil service officer, passed away just before reaching his 78th birthday. 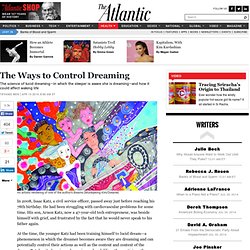 He had been struggling with cardiovascular problems for some time. Alchemy Conference Lectures - 2007 - Robert Bartlett 2007: Spagyrics Workshop 1. The supernatural characters and powers of sacred trees in the Holy Land. The Cult of the Serpent: An Interdisciplinary Survey of Its Manifestations, by Balaji Mundkur. Herne's Oak (Windsor Park-Berkshire) Never heard the Henry version before. 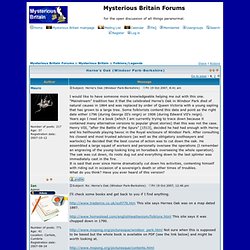 The best account of the legend of Herne and the Oak I have found is in Jennifer Westwoods 'Albion', quite a convulted legend but the main evidence quoted about the Oak is that the Oak was cut down in the reign of George III, it was commemorated in the Whitehall Evening Post:‘Upon Herne’s Oak being cut down in the spring of 1796’ (obviously before snappy tabloid headlines George had given orders for a number of old oaks to be cut down in the park, which included Herne’s Oak. George is said to have sown confusion about whether the tree had actually been cut down (after all he was a bit mad) and Queen Victoria believed that the Oak still stood. Edward VII looked into the story and found it had indeed been cut down in George’s reign. Genii Loci II : Spirit of Place. Our land is sacred, as the Native Americans taught us and the ancient Britons believed. 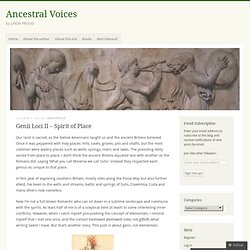 Once it was peppered with holy places: hills, caves, groves, pits and shafts, but the most common were watery places such as wells, springs, rivers and lakes. The presiding deity varied from place to place. I don’t think the ancient Britons equated one with another as the Romans did, saying ‘What you call Minerva we call Sulis.’ Instead they respected each genius as unique to that place. The Project Gutenberg eBook of A History of Witchcraft in England from 1558 to 1718, by Wallace Notestein. The Mysterious Influence of One Human Mind: William Walker Atkinson. The Mysterious Influence of One Human Mind: Mapping the Occult City “STUDENTS of history find a continuous chain of reference to the mysterious influence of one human mind over that of others. 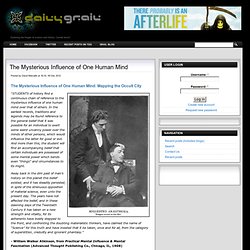 In the earliest records, traditions and legends may be found reference to the general belief that it was possible for an individual to exert some weird uncanny power over the minds of other persons, which would influence the latter for good or evil. And more than this, the student will find an accompanying belief that certain individuals are possessed of some mental power which bends even “things” and circumstances to its might.

Investigating Animal Burials; Ritual, Mundane and Beyond. Preface and Acknowledgments In recent years, zooarchaeology has started to movebeyond the purely economic towards socialinterpretations. 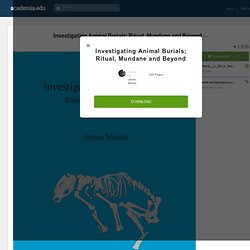 In particular, these ‘social’ interpretationshave often concentrated upon complete or partial animalburials rather than the disarticulated and fragmentedfaunal remains more commonly recovered fromarchaeological sites. This book presents a study of animalburials, referred to as associated bone groups, from theNeolithic to late Medieval periods of southern Englandand Yorkshire.

Not only does it present data on over 2000deposits, it also discusses their interpretation, arguing thatmost are based on generalised period-based assumptions.It is proposed that a biographical approach would allowthe investigation of the specific above-ground actionsbehind the deposits creation, moving away fromgeneralisations towards individual interpretations. Book Structure This book is divided into three main sections. Dog Sacrifice in the Ancient World: A Ritual Passage? Headhunting and the Body in Iron Age Europe - Ian Armit. Ethnology, Vol. 13, No. 3 (Jul., 1974), pp. 261-278. "A Note on the Demon Queen Eleanor," Modern Language Notes, Vol. 70, No. 6 (Jun., 1955), pp. 393-396. "Arturus Cosmocrater," Speculum, Vol. 20, No. 4 (Oct., 1945), pp. 405-414. "The Death of Orvar Oddr," Modern Philology, Vol. 19, No. 1 (Aug., 1921), pp. 93-106. The Return of the Sabbat : Mental Archaeologies, Conjectural Histories or Political Mythologies? - KNAW Repository. 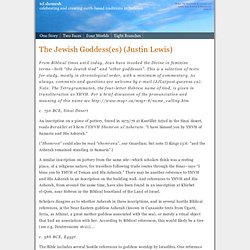 This is a selection of texts for study, mostly in chronological order, with a minimum of commentary. As always, comments and questions are welcome by e-mail (JJLatpost.queensu.ca). Note: The Tetragrammaton, the four-letter Hebrew name of God, is given in transliteration as YHVH. For a brief discussion of the pronunciation and meaning of this name see c. 750 BCE, Sinai Desert An inscription on a piece of pottery, found in 1975/76 at Kuntillet Arjud in the Sinai desert, reads Berakhti et’khem l’YHVH Shomron ul’Asherato. (“Shomron” could also be read “shomrenu”, our Guardian; but note II Kings 13:6: “and the Asherah remained standing in Samaria”.) c. 586 BCE, Egypt The Bible includes several hostile references to goddess worship by Israelites. THE BEAN AND INDO-EUROPEAN TOTEMISM - ANDREWS - 2009 - American Anthropologist.